Warnings of voter fraud linger as voting begins in U.S.

By Christina A. Cassidy, The Associated Press November 8, 2016 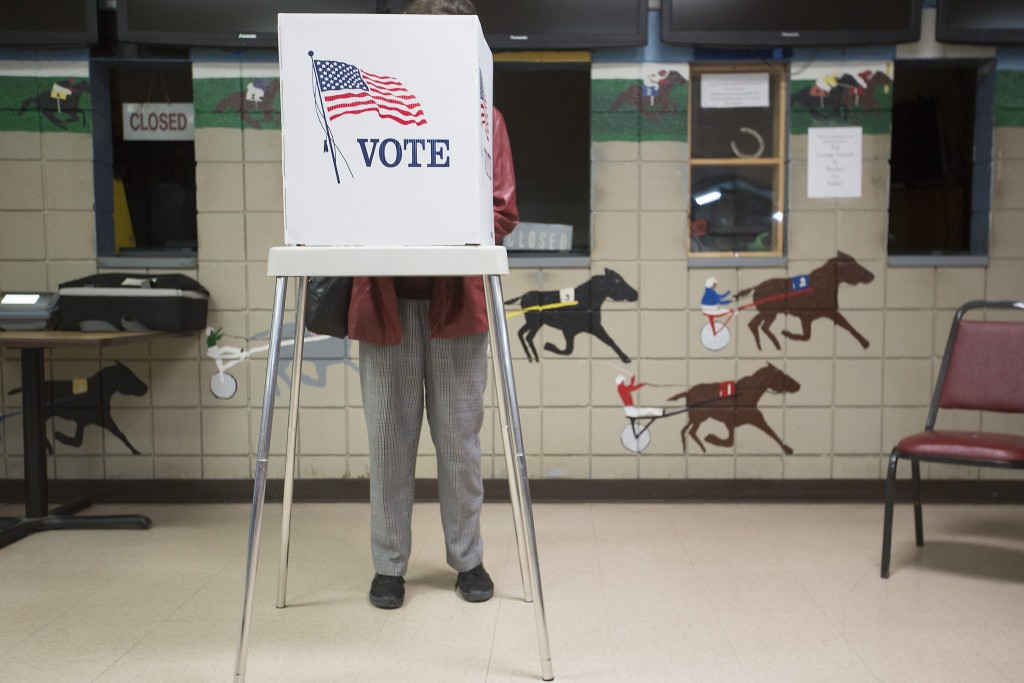 WASHINGTON – After weeks of competing claims of fraud and intimidation on Election Day, few voters who headed to the polls early Tuesday encountered problems, though there were some long lines.

In the weeks leading up to the election, there was much anxiety over whether voters would face problems. There were unsupported claims by Republican presidential candidate Donald Trump of a rigged election and fears that hackers might attack voting systems. And concerns of voter intimidation and fraud led to a flurry of lawsuits in the run-up to Election Day, with new voter regulations in more than a dozen states also holding the potential to sow confusion at polling places.

“Hopefully it’s relatively calm. Hopefully it doesn’t blow up. But this hasn’t been a regular election year,” said Wendy Weiser, head of the democracy program at the Brennan Center for Justice at NYU’s Law School.

One positive sign: Relative quiet during the early voting period.

Early voting through mail-in ballots or in-person voting was expected to account for as much as 40 per cent of all ballots cast nationwide. Despite hours-long waits at some polling places, the process has been largely devoid of major problems, adding a measure or reassurance.

Presidential elections usually include sporadic voting problems, including machines not working properly, long lines and issues with ballots or voter rolls. The question this year is whether problems will be widespread and indicate a pattern of fraud or voter intimidation. Calls to Election Protection, a national voter helpline, included people reporting long lines as a result of machine problems in three precincts in Virginia.

In the last week alone, Democrats went to court in seven states seeking to halt what they claim were efforts by Republicans and the Trump campaign to deploy a network of poll watchers hunting for voter fraud. Republicans have disputed claims they are planning to intimidate voters, and judges largely found no evidence of efforts to suppress voters.

This is the first presidential election in which a key enforcement provision of the Voting Rights Act was not in place. A 2013 U.S. Supreme Court decision struck down a portion of the law that had required certain states and jurisdictions with a history of discrimination to receive pre-approval from the U.S. Department of Justice for any election law change. This allowed a number of states, most led by Republican legislatures and governors, to enact strict voter ID laws and reduce early voting.

Legal challenges to some of those voter ID laws have led to a multitude of court rulings in recent months that blocked or struck down some provisions while upholding or reinstating others. That triggered concerns of misinformation among voters, election officials and poll workers.

An example was early voting in Texas, where there were reports in at least seven counties of outdated voter-guide posters and poll workers incorrectly saying that photo IDs were required to cast a ballot. An earlier federal appeals court ruling had determined the state’s new ID law was discriminatory against minorities and the poor and ordered the state to soften its rules.

The Supreme Court ruling also prompted the Justice Department to send fewer trained election observers to polling places around the country than in previous years, with the reduction likely to diminish the department’s ability to detect voter intimidation and other potential problems.

Meanwhile, state election officials were guarding against any attempt to breach their systems. Previously, some 33 states accepted an offer from the federal government to check their voter databases and reporting systems for vulnerabilities after hackers attempted to access systems in two states over the summer.

The heads of the National Governors Association, Democratic Gov. Terry McAuliffe of Virginia and Republican Gov. Brian Sandoval of Nevada, issued a joint statement saying state and local election officials have worked for years to strengthen the security of their systems. They said the nation’s governors have co-ordinated with election officials and cybersecurity experts to ensure the integrity of the process.

“Those partnerships and our close study of any potential problems have reinforced our certainty that this election will fully and accurately reflect the choices voters make,” they said.