Wake up, America! The Impeachment Show is on 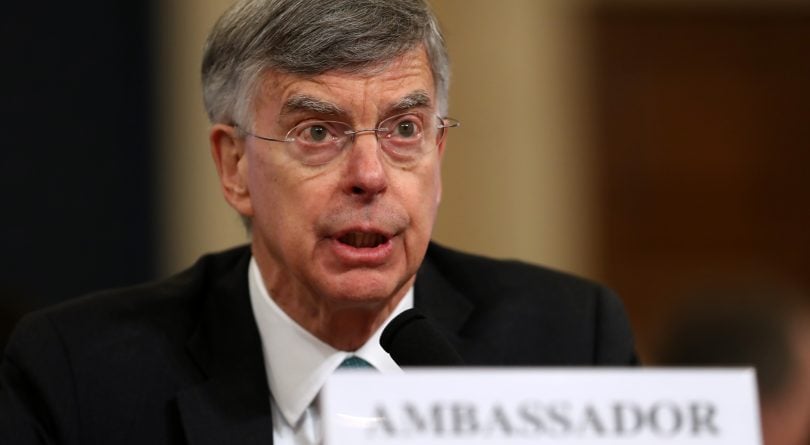 Crooked Hillary couldn’t do it.

Big Jim the G-Man couldn’t do it

Neither could slow-talking Sideshow Bob, nor Weepy Lawyer Michael, nor dozens of Donald Trump’s other felonious friends. Nor Stormy Daniels.

In three wild years of White House whiplash, witlessness and unhinged twittery, none of these notables was able to chase the 45th president back to his gilded tower high above Gucci’s, rather than allow the American voter to exercise his precious franchise next November and maybe even re-elect him—quite possibly, given The Donald’s advancing age, as President For Life.

Now, on a frigid Hump Day in November, the Demorats were trying yet again to rid themselves of the camel-complexioned 73-year-old whose removal they have coveted since before he was even installed. After Hillary Clinton and Daniels and James Comey and Robert Mueller and Michael Cohen couldn’t find a deep-enough vein in the tawny billionaire’s flesh in which to thrust a fatal dagger, they have turned to a bullpen of obscure, purportedly deep-state diplo-crats—a Bill, a George, a Masha, an Alex, a Fiona—to provide the ways and means to finish the task.

But the first public hearing of what is likely to be a two or three or four-month marathon of quid-pro-quotidian blah-blah in the House and Senate was so predictably partisan, and scorched so little new first-hand earth, you needed Waze to find a route out of the meanness.

“We know how the impeachment show ends, but we’re still watching,” throbbed Politico‘s print edition to its captive capital-region readership on Wednesday morning, predicting “non-stop, white-knuckle impeachment action.” Hundreds lined up in the hallway outside the hearing room, as they always do. But out in the wintry hinterlands, few crystal sets were tuned to the droning drama. A survey by Emerson Polling last month found that only seven per cent of voters in Iowa—America’s own fertile, black-earthed little Ukraine—rate Donald Trump’s impeachment as the “most important” issue facing the nation. At dozens of town halls in the Hawkeye State, the New York Times reported, candidate Elizabeth Warren has heard barely a peep from the public about dumping The Donald.

While one witness was claiming that Donald Trump cared more about Joe Biden than about Ukraine, pollsters were discovering that people in Iowa care more for Pete Buttigieg than they do for Joe Biden.

But the District ain’t Des Moines. So, Washington bars opened early to serve Subpoena-Coladas and James and the Giant Im-peach-ment cocktails, and the president, whose itchy Twitter finger has gotten even more impulsive in recent weeks,  tweeted READ THE TRANSCRIPT! and NEVER TRUMPERS! as the self-selected Select Committee on Intelligence  got down to business in the plushest abattoir they could rent by the hour.

“Watch live! Impeachment goes public!” all the major web sites ballyhooed, but the fact was that, since Inauguration Day 2017, every Congressional hearing, every confirmation of a nominee, every byelection in every state, and every case that has been before a court of appeals or the jury of public opinion has been a public airing of Donald Trump’s insurgent disruptions and supposed sins.

The essence of the case, Schiff said, addressing Trump’s now-infamous quid pro quo with Ukraine’s comedic new president, is “whether such an abuse of his power is compatible with the office of the presidency.”

“The matter is as simple and as terrible as that,” the chairman expounded.

But it is not as simple as a break-in at the Watergate, or as salacious as a sex act in the Oval Office—it is about delayed security assistance to a distant country that the vast majority of Americans—maybe even their president—could not find on a map.

Back in the Capitol, an inaugural address by the current senior American representative in Kyiv was so interminable that even Ambassador William Taylor himself admitted that it was “a rather lengthy recitation.”

“I think it’s crazy,” Taylor recalled of his contemporaneous attitude to the president’s midsummer request for “a favour” from the novice Ukrainian leader.  “Beginning to fear a change of policy … extremely troubling time …  if our policy changed, I would have to resign,” Taylor said, as if his own careerist fears and feelings were the focus of the whole affair.

RELATED: At long last, Donald Trump is on the road to impeachment

The West Point graduate and Vietnam veteran stated—it was received as the morning’s bombshell—that one of his staffers recently had told him that, back in July, this eavesdropper had overheard Donald Trump grunting into someone’s cellphone about “the investigations” into the Biden family.

By this point, the correspondent sitting beside a Maclean’s reporter was fast asleep.

When the Republicans’ turn came, their team captain, Devin Nunes of California, characterized the July 25 Trump-Zelensky call as “a pleasant exchange between two leaders.”

“We’re supposed to believe that the president committed a terrible crime that never actually occurred and which the supposed victim admits never happened,” Rep. Nunes contended.

Still ploughing the field in which Hillary Clinton was buried 36 months ago, the Republican side tried to get Ambassador Taylor to confess that Ukrainian officials were contemptuous of candidate Trump the instant he descended his golden escalator in June 2015.

And so it went for hours on the first day of at least 14; more, should the White House let any of the administration officials who have been subpoenaed out of the corral of “executive privilege.”

Two kilometres west at the White House, with Recip Erdogan in town from Ankara, a bellicose autocrat was sitting down to a meeting with his Turkish counterpart. Again, as in Ukraine, the effects of electing a Manhattan playboy and high-riser to decide the fate of nations were on vivid display.

For 70 years, Donald Trump had little cause to concern himself with the internal boundaries of the Soviet Union, or the still-fractured legacy of the Ottoman Empire after defeat in World War One shattered it into a shrapnel of hating fiefs. But now it was the Syrian Kurds and his alleged words about Ukraine that were closing in on his presidency.

That July 26 call that Taylor’s guy overheard with its emphasis on the Bidens “never happened,” Trump said in a press conference with Erdogan to his right. It just “more second-hand,” he snapped, though with all his first-handers ordered not appear, once-removed may be as close as the Democrats will get.

“A lot of Kurds live in Turkey and they’re happy,” the president said, demonstrating his deep knowledge of the region. “They have health care and education,” he added—exactly the issues that matter far more to far more Iowans than the impeachment of the man in the long red tie.

The impeachment hearings will continue daily until neither side can stand another sound bite. Meanwhile, Hillary Rodham Clinton was telling the BBC that “many, many, many, many people” were pressuring her to join the Democratic cavalcade.

“Well you know, I never say never,” Hillary said. “To anything.”