Was Jan. 6 the beginning of the end for America?

A new book imagines what the next American civil war will look like, beginning with the 2021 Capitol riots 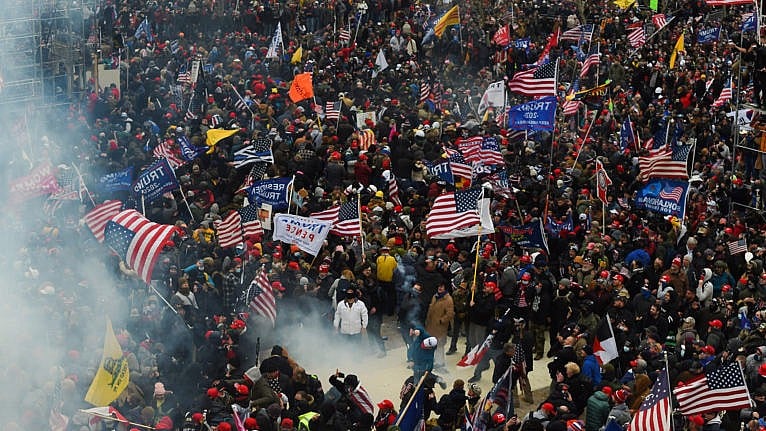 Trump supporters clash with police and security forces as they storm the U.S. Capitol on Jan. 6, 2021.(Roberto Schmid/AFP/Getty Images)

Insurrection by Trump supporters, false flag operation by anti-Trump forces or a protest with a few difficult moments? American debate over how to characterize—and deal with—the violent invasion of the U.S. Capitol on Jan. 6, 2021, only intensified as its first anniversary approached. In most mainstream commentary, including from journalists Mark Bowden and Matthew Teague in their newly released book, The Steal: The Attempt to Overturn the 2020 Election and the People Who Stopped It, and in the forthcoming American Resistance: The Inside Story of How the Deep State Saved the Nation by political scientist David Rothkopf, Trump emerges as an aberration and the country’s political institutions as reassuringly resilient.

One foreign observer who begs to differ is Canadian Stephen Marche, author of The Next Civil War: Dispatches From the American Future (Simon & Schuster, Jan. 4). In his sombre and convincing blend of reporting and well-grounded prediction—call it plausible projection—Marche argues that Trump and the insurrection itself are essentially symbolic, far more effect than cause in the winter of American discontent. The U.S., he believes, is spiralling into disaster, its political and legal systems polarized, paralyzed and rejected as illegitimate by millions of citizens. The time and place of the next Fort Sumter—site of the opening salvo of the (first) U.S. Civil War—is impossible to predict, Marche writes, but that such an event will happen is a near certainty. Unless, of course, he adds in an interview, it already has: “I think January 6 might just have been the new Fort Sumter.” 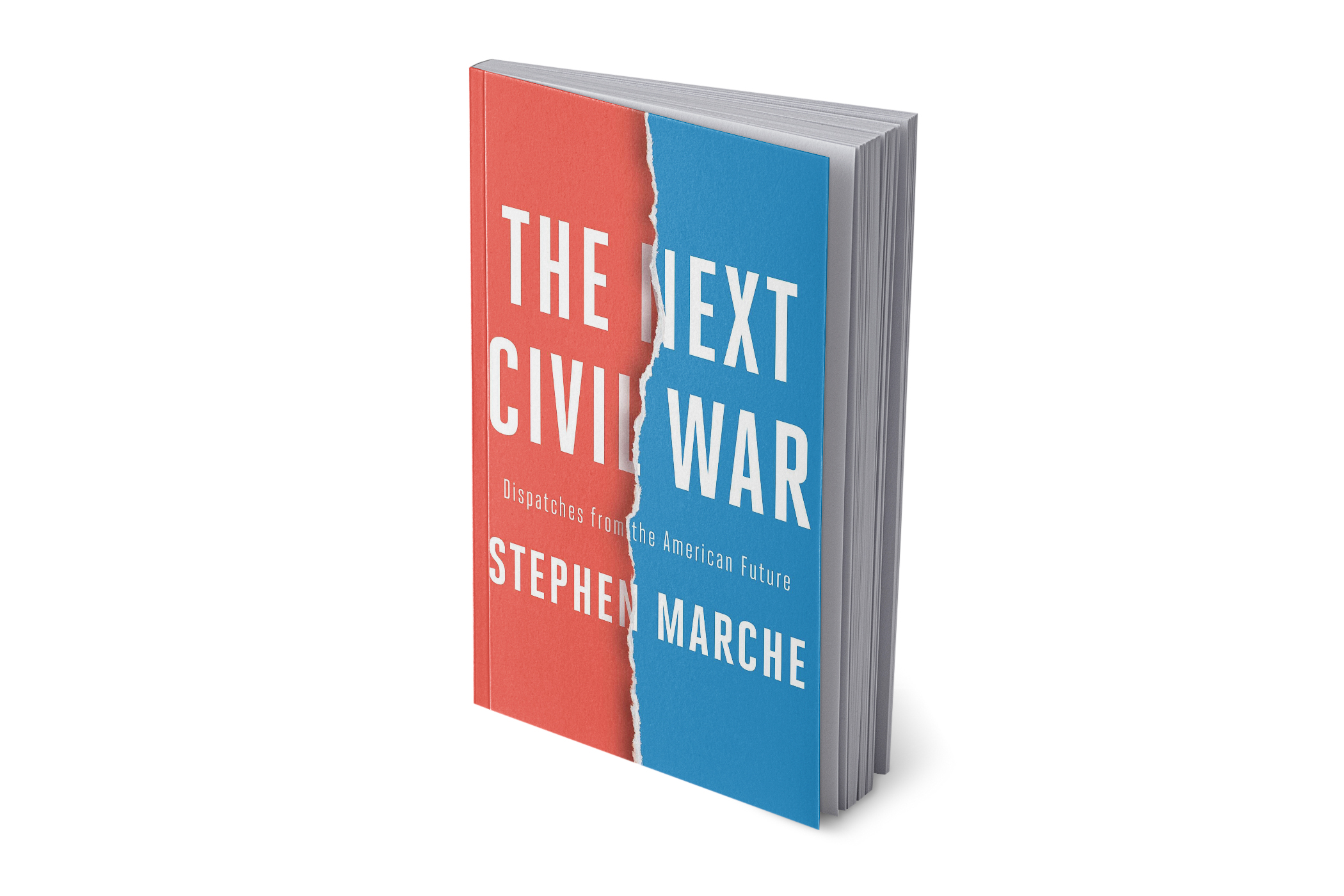 If not, The Next Civil War offers other likely scenarios. Perhaps the igniting moment will be a bloody clash between right-wing militia and U.S. armed forces near a rural bridge closed by the feds and forcibly reopened by a local sheriff who denies Washington’s authority. Or a presidential assassination, after which both killer and victim are turned into martyrs by their side’s media ecosystems. Or a massive, climate-change-induced storm on the East Coast that creates a destabilizing surge of refugees. Or a “dirty” bomb exploding at the U.S. Capitol, dispersing radioactive material and sparking panic.

The first result, says Marche, would be widespread violence; the second, government repression. The United States, founded in revolution and historically prone to harsh retaliation against enemies domestic and foreign, is not likely to respond with measures aimed at reducing tensions, but with an “oversized” reaction. “It would be violent. It would be controlling. It would be vengeful,” Marche writes. More violence would follow until the cycle ended not with victory for any side, but with exhaustion, and the de facto end of the United States as it is.

It’s a future seen more clearly by those outside the country, says Marche. “A few on-the-ground American reporters who know what I’ve been writing have said to me, ‘You’re not worried enough, it’s all accelerating faster than you say.’ But millions of Americans, including major political commentators, really, really believe in their institutions, despite what they see in front of them.”

READ: Misinformation from the U.S. is the next virus–and it’s spreading fast

Among outside observers, there are none better situated or more (rightly) fixated on America’s future than Canadians, Marche says. English Canada was largely founded by refugees from the American Revolution, while Confederation itself arose in alarmed response to the Civil War. America’s current inward focus and corresponding withdrawal from the world will affect every country on the globe, but none more than ours. “We are a small, vulnerable country, more or less a client state of the U.S. at this point,” Marche says. “It involves our entire economy, our entire security structure and an international order we believe in.”

Then there is our peculiar relationship, both as nations and as individual border crossers. “We’re Horatio to their Hamlet,” Marche says, “a close and sympathetic and mostly irrelevant witness.” He doesn’t think a European could have written his book, “because it would just be too snobby.” But, he says, “Canadians get what’s great about America, because we’re close enough that we know them. We have basically a kinship relationship to them.”

Marche’s final and most arresting dispatch—peaceful dissolution—opens with the words, “One way or another, the United States is coming to an end.” Its divisions are too intractable, its constitutional structure too archaic, its proclivity for violence too entrenched for any other outcome. That makes the prospect of peaceful dissolution among America’s “best-case scenarios.”

It would be no easy task, Marche points out. Peaceful separation requires goodwill, which dissipates like mist in the face of mass violence. There really is no time to waste. “I do think Americans need to sit down and seriously consider how their political union can be either renewed or abandoned, because those are the choices at this moment,” Marche says. He may be wrong that the renewal option is next to hopeless, but if he isn’t, he’s surely right that the sooner America begins to carve itself up, the better for its citizens. And for us.

This article appears in print in the February 2022 issue of Maclean’s magazine with the headline, “So long, neighbour.” Subscribe to the monthly print magazine here.