Washington couldn't handle a sprinkle of snow. Now it could get 50 cm. 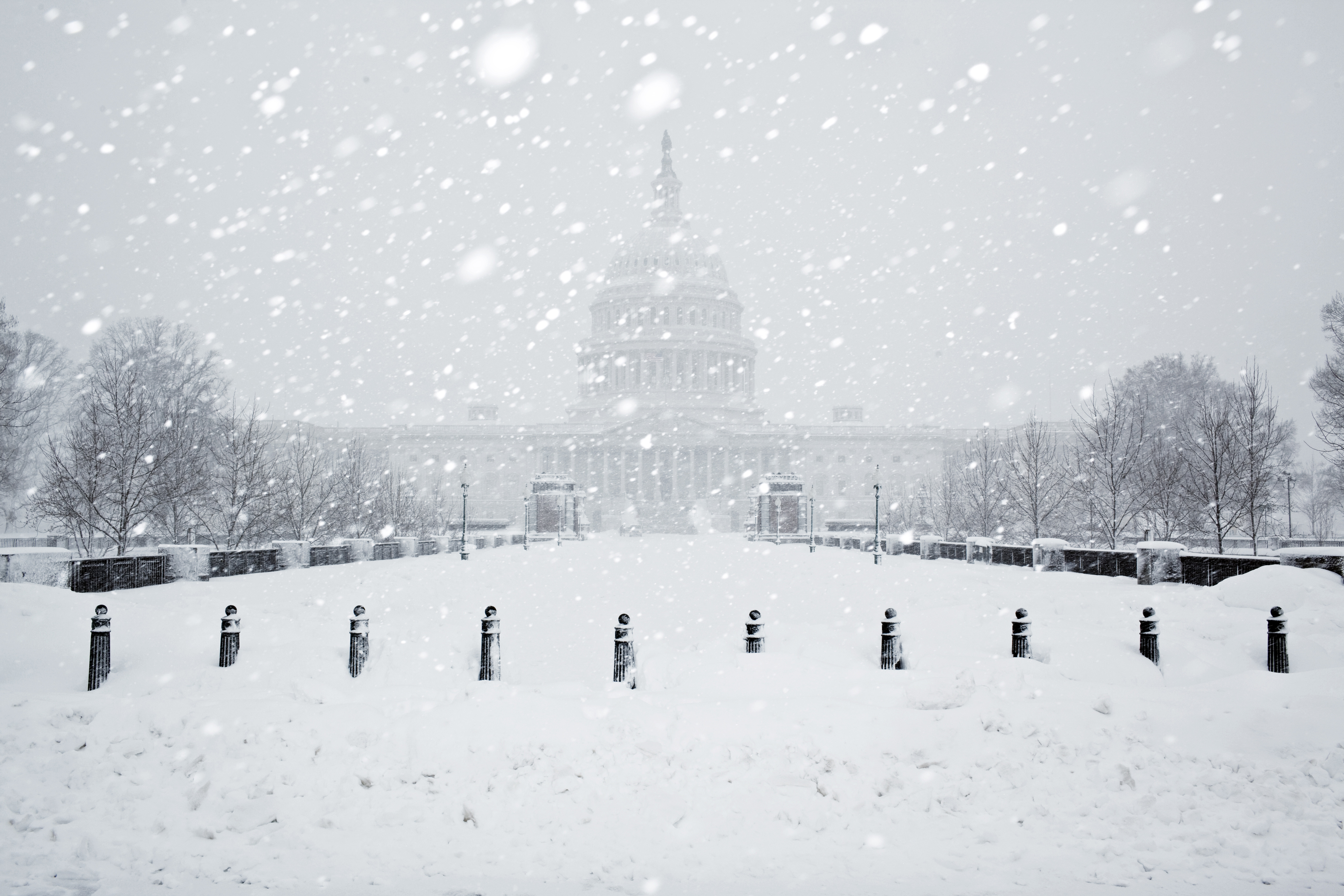 WASHINGTON, D.C. – America’s capital just got knocked out by the meteorological equivalent of a 98-pound weakling.

After being paralyzed earlier this week by just 2.5 centimetres of snow, it’s now about to go toe-to-toe with a hulking heavyweight of a snowstorm.

Bracing for a historic pounding, winter-wary Washington, D.C., has already declared a homeland-security event. Shelves are being emptied at chaotic grocery stores. Schools and offices are shutting pre-emptively, even though the storm probably won’t hit before Friday afternoon.

The earlier flurries showed this quasi-southern city is ill-prepared for northern weather. A Washington Post reporter described a five hour, 30-minute commute home on Wednesday. Even President Barack Obama’s motorcade got stuck in traffic — with its passengers witnessing several accidents.

Driving from the airport to the White House, vans in the motorcade slipped and skidded on the icy roads, even bouncing off curbs. After an hour of patiently stopping at lights and gingerly navigating traffic, the White House press pool reported the motorcade resorted to more aggressive use of sirens to make progress.

“We are very sorry for inadequate response,” she told a news conference Thursday, which was originally scheduled to share news about the impending storm but became a mea culpa for the previous day’s dusting.

“We should have been out earlier, with more resources. … For that, we are very sorry.”

The city usually gets a couple of snowstorms a year — that is when the snow doesn’t instantly melt upon contact with the ground.

Yet its perennial struggles with winter have perplexed new arrivals for years.

That includes the first family. In his first week as president, Barack Obama expressed amazement at how quickly his daughters’ new school declared a snow day. In this town, they don’t just shut schools and offices when it snows. They shut them when it might snow.

“When it comes to the weather, folks in Washington don’t seem to be able to handle things,” he said in 2009.

Add winter dysfunction to immigration reform, gun laws and polarized politics on the list of things that didn’t change in Washington under Obama’s presidency.

A northern-trained motorist will frequently feel frustrated watching Washington drivers break every rule of driving in snow: the streets are a fish-tailing mess of braking, accelerating, lane-changing and spinning wheels when stuck.

And that’s no laughing matter.

A report last year by University of Georgia researchers found winter-related auto accidents kill an average of 842 people a year in the United States, more than the combined toll of lightning strikes, tornadoes, hurricanes and floods.

As for what’s next, the mayor said she’s lived in Washington all her life and has never seen a forecast like this. It could surpass the 2010 storm that left thousands without power and the 1996 one that shut down the federal government for days.

The good news is that it likely won’t rival the tragic, worst storm on record. In 1922, the city received 71 centimetres of snow, which collapsed a theatre roof and killed 98 people.