Much like the nomination of Brett Kavanaugh, the 1991 Clarence Thomas hearings sparked a heated national debate centered on sexual harassment 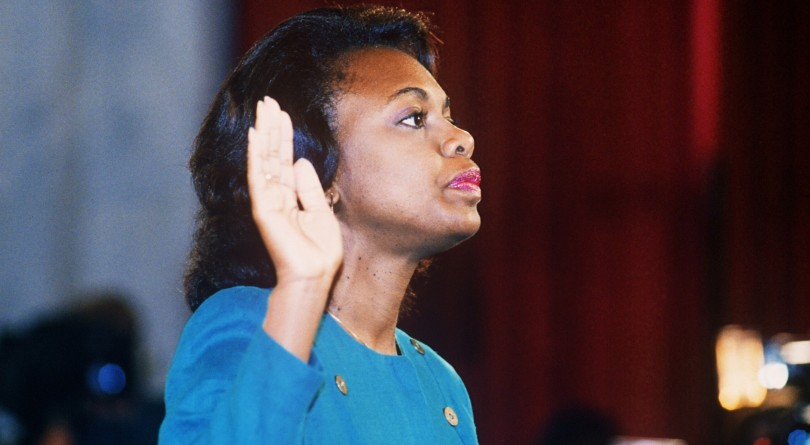 The growing controversy around U.S. Supreme Court nominee Brett Kavanaugh has drawn comparisons to the 1991 hearings involving Clarence Thomas, who was accused of sexual harassment by Anita Hill.

There are key differences between the cases: Christine Blasey Ford has accused Kavanaugh of sexually assaulting her at a party in high school. This week, Kavanaugh is facing a second allegation of sexual misconduct dating to his time at Yale University. In Thomas’s case, the accusation centred on workplace harassment—Hill, a law professor, had been his assistant a decade earlier.

In 1991 there was a Senate judiciary committee inquiry into the allegations against Thomas. It was nationally televised and then, just as the Kavanaugh case is today, it sparked a furious and deeply divisive fight.

Maclean’s summed up the hearings in October, 1991:

“On Oct. 11, under harsh TV fights in the red-carpeted Senate Caucus room, Hill testified that Thomas repeatedly pestered her for dates when she worked for him from 1981 to 1983. And in graphic detail, she accused him of bragging about his own sexual prowess and of discussing lewd sexual matters, including descriptions of bestiality and rape scenes that she said he claimed to have watched in pornographic movies. That same day, and in testimony throughout the next, Thomas unequivocally denied all the allegations. And in a voice that trembled with emotion, he lashed out at the nomination process, saying that it had irreparably tarnished his reputation and shattered his family.”

“Some Republican senators on the committee, meanwhile, suggested that Hill was either imagining the events or had invented the charges as part of a last-minute liberal plot to undermine the nomination.”

Thomas was ultimately confirmed in a vote that did not appear to be at odds with the view of much of America in 1991:

“According to public opinion polls, Americans sided strongly with Thomas. On Oct. 15, the issue came before the 98 men and two women of the Senate. During a day of rancorous debate, Republicans sought to undermine Hill’s credibility, and Senator Arlen Specter of Pennsylvania even accused her of committing perjury. Democratic Senator Edward Kennedy came to her defence. “The way Prof. Hill was treated was shameful,” he said. But in a pointed reference to Kennedy’s own reputation for womanizing, Specter retorted: “We do not need characterizations like ‘shame’ in this chamber from the senator from Massachusetts.”