What Anthony Scaramucci's rant says about the Trump White House 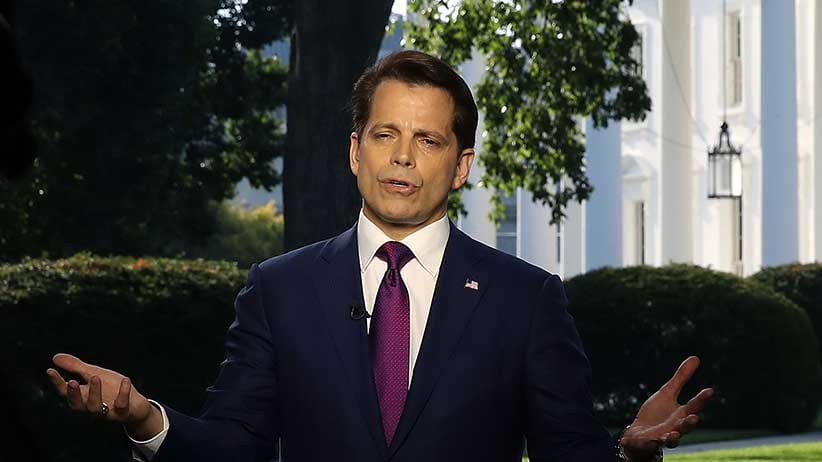 White House Communications Director Anthony Scaramucci speaks on a morning television show, from the north lawn of the White House on July 26, 2017 in Washington, DC. (Photo by Mark Wilson/Getty Images)

If there was any doubt left as to why Donald Trump brought in Anthony Scaramucci to head up his comms shop, it lingers no more. The Mooch is here to mother-effing bust some heads.

The White House’s new director of communications rolled out his novel philosophy in decidedly stark terms in a gonzo, on-the-record interview with the New Yorker magazine, in which he called the President’s chief of staff Reince Priebus a “paranoiac” (after admitting he was going to get Priebus fired; one day later, Priebus is out of a job) and suggested that his chief strategist Steve Bannon’s preoccupations include efforts at self-fellatio.

Scaramucci also threatened to fire the entire White House communications team to stop the endemic leaking from the President’s office. “What I want to do is I want to f–king kill all the leakers and I want to get the President’s agenda on track so we can succeed for the American people,” Scaramucci told reporter Ryan Lizza, who is already buffing next year’s Pulitzer Prize for Interview of the Year.

(My pro bono comms tip to the Mooch: threatening an on-the-record mass murder of staffers is going to do many things, but getting the President’s agenda “on track” isn’t one of them. Oh, and most of the leakers probably aren’t comms staff.)

But the Scaramucci explosion is more than a mere laugh. It reflects a wider issue with the administration’s approach to everything, including communications—one that signals much deeper problems ahead. In particular, Scaramucci has exposed the kinds of disservices being done to the many people in the West Wing who aren’t Trump cronies but, rather, are good, decent, committed conservatives who want their once-in-a-lifetime chance to serve an administration and make a change. And most of the dysfunction dimming their optimism comes from those closest to the President, who hasn’t been able to shift from campaign mode to government.

The problem stems from a fundamental misunderstanding of how communications works in politics. Everybody in politics who isn’t a comms staffer thinks good comms can fix everything, or that everything that goes wrong does so because of poor communications. Well, they’re wrong. An effective communications strategy not only crafts the message, it lays the groundwork for action ahead of a government announcement—that is, it frames the problem that is to be solved, finds the right voices to carry the message after it’s been devised, makes sure all of those messengers are on the same page, all while carefully judging the public opinion landscape to find the optimal time to make the announcement.

Point being: Most of the hard work is done out of sight and before anything is made public. A properly conceived and executed message has a chance to carry; anything that’s made up as it goes along (see Trump’s Twitter feed) will get strangled in the press.

This means that there’s no getting around the work of actually crafting good government policy. If you have the best policy and nobody knows about it, it’s of no use politically. If you have good policy, but can’t explain it properly, a win can become a loss. And if bad news happens that you can’t explain or handle, your government will be seen to stink.

READ MORE: Boy Scouts of America, Donald Trump has something insane to tell you

Only by drafting good policy and turning that policy into law will Trump be able to have his spokespeople sell the Trump story in the press; at this point, racking up legislative wins is also the only way to push Russia off the front page. And even then it’s not guaranteed, thanks to the latent hostility of the news media to those in power. A good record guarantees only a fighting chance of “good” coverage.

Communications isn’t about tricking anyone into believing something that isn’t true—it’s about finding the most positive light in which to say what you have to say. It’s not some magic eraser that can wipe out the products of a bent process; you can’t spin a house of cards. And for an administration that achieved success by campaigning in thuggery, it’s been a hard education to learn that you have to govern in prose.

This means creating a working environment that lends itself to political artistry. I worked for many bosses in politics, and my most trying time was when the then-director of communications was an incompetent who didn’t put in the work. Worse, he would actively brief against me, both inside the office and to the press. Fortunately, those around me knew the score, and didn’t take his bait. But it was exhausting; several of us under him wanted to quit instead of continuing to carry his can.

Eventually he quit, and the error in his hiring wasn’t repeated. Compare that to Trump, who seems to believe that fixing bad communications happens by hiring a thug like Scaramucci to shoot the messengers of a dysfunctional office, rather than coming up with a better message and then motivating the team to deliver it. One of Trump’s selling points was meant to be his business acumen, but no sane person runs a business—well, a legitimate one, anyway—the way Trump runs his White House. 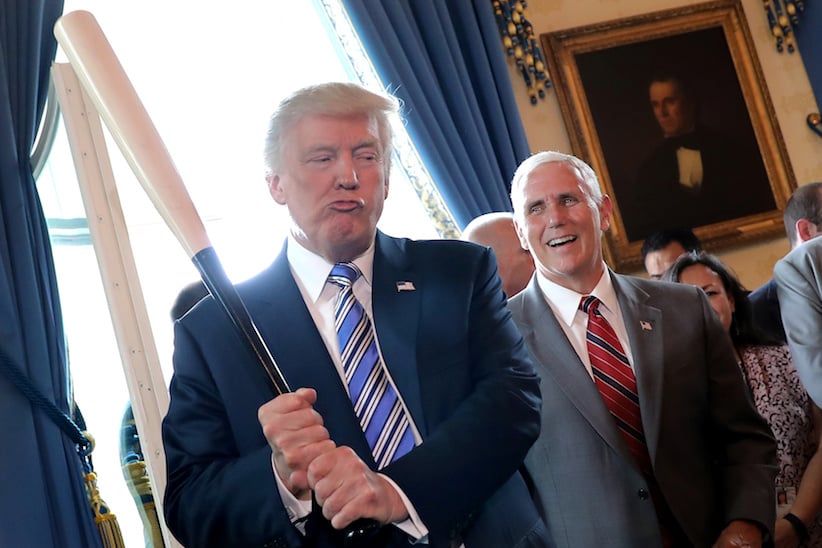 If the goal was to scare White House staff into going straight and plugging its many holes, Scaramucci’s interview was the crudest possible way to do it. That Scaramucci still has a job—and, indeed, that Priebus does not—suggests that the President wanted it done this way. By hiring him and now not firing him, Trump is telling everyone his most valued metric isn’t measured in the achievements of his presidency or in competent acts, but in loyalty to his person.

By setting factions off against each other inside the White House—in turn creating new distractions like Scaramucci’s—the President has only made the White House communications team’s work all the harder. And ironically, given the rancour goes all the way to the top, the President has actually all but guaranteed a plethora of leaks coming out of it from disillusioned staffers.

So spare a thought for the many decent folks working in the West Wing comms shop who only signed up because they thought they could make a difference. It’s not their fault the President isn’t interested in the hard work of government, or that he’s hired a potty-mouthed neophyte to police their futile efforts. The Trump administration might not miss their graft now, but when they finally get hit by a non-self-inflicted blow, they’ll wish they had some confident comms professionals on hand to clean up the mess.