For months people have been wondering how much time Spicer had left as press secretary. Here's how long others have lasted in that job.

Well, that was quick.

After just 182 days on the job, Sean Spicer has resigned has Donald Trump’s press secretary. Rumours have swirled for months that Spicer was on the way out, despite reassurances from Trump that his job was safe.

Spicer’s brief tenure is unprecedented in the history of White House press secretaries. It’s a gruelling job, but only in very specific circumstances have past press secretaries stepped down or been let go after only this many days on the job.

That’s clear from this chart, which compares Spicer’s time on the job to the five shortest stints as press secretary, and the tenure of the first press secretary for each of Trump’s three predecessors. 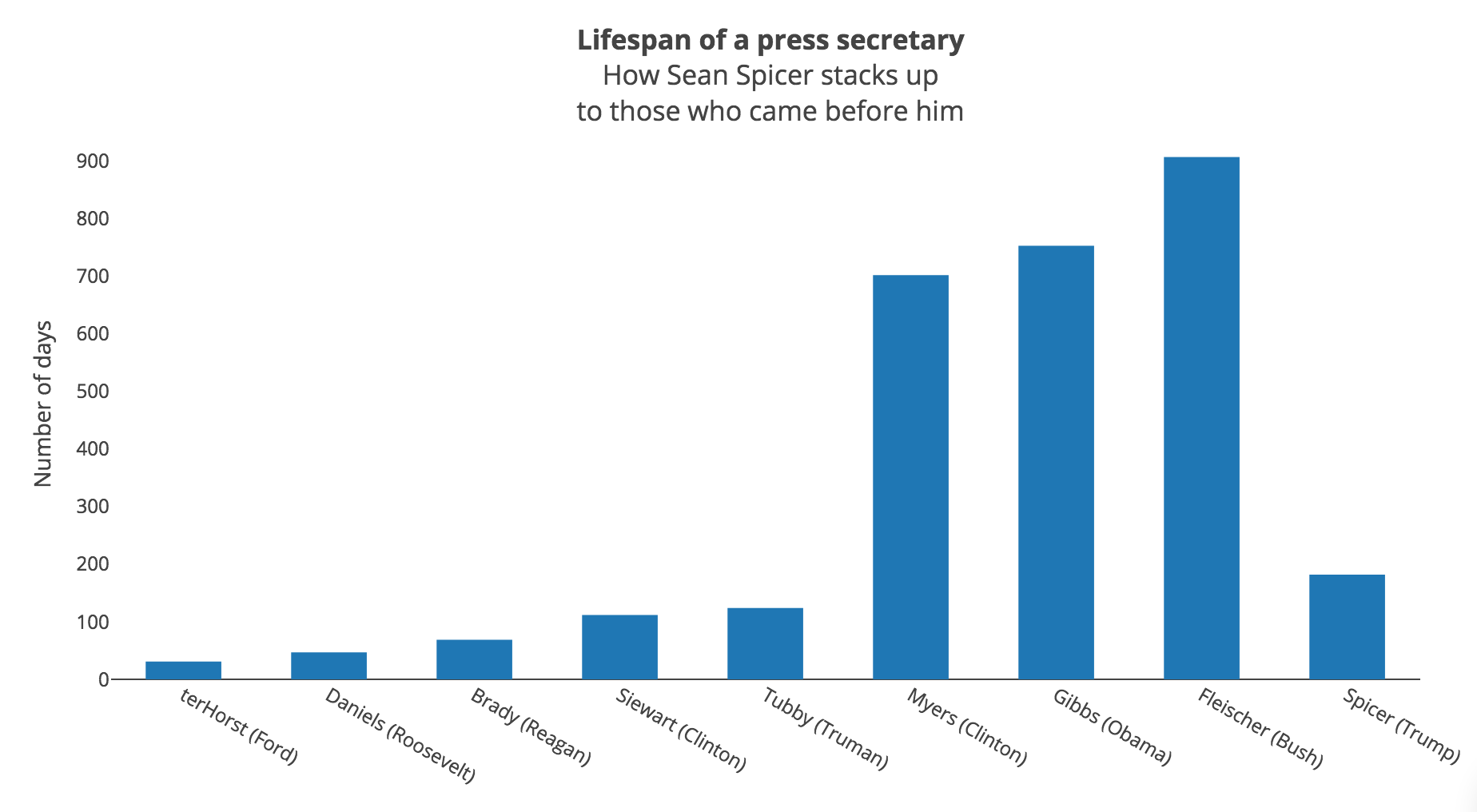 Here are the five shortest press secretary runs, and why they left the job:

• Jonathan Daniels was on the job for 47 days, serving when Franklin Roosevelt died in office and staying on shortly thereafter for the transition to Harry Truman.

• Jake Siewart’s job was over after 112 days when Bill Clinton’s second term ended.

• Roger Tubby’s job, likewise, came to an end along with the end of Truman’s second term, after 124 days.

The record for longest-serving press secretary? That title is held by Stephen Early, Roosevelt’s first spokesman, and is now legally impossible to break—Early fielded press questions for nearly all of Roosevelt’s three terms, or 4,400 days.

Editor’s note: This post was updated on July 21 after Sean Spicer resigned from his position as press secretary.