What the Trudeaus gave the Obamas

The Trudeau family came to Washington bearing gifts for the Obamas, and there's a story behind each offering

Gifts for the Obamas 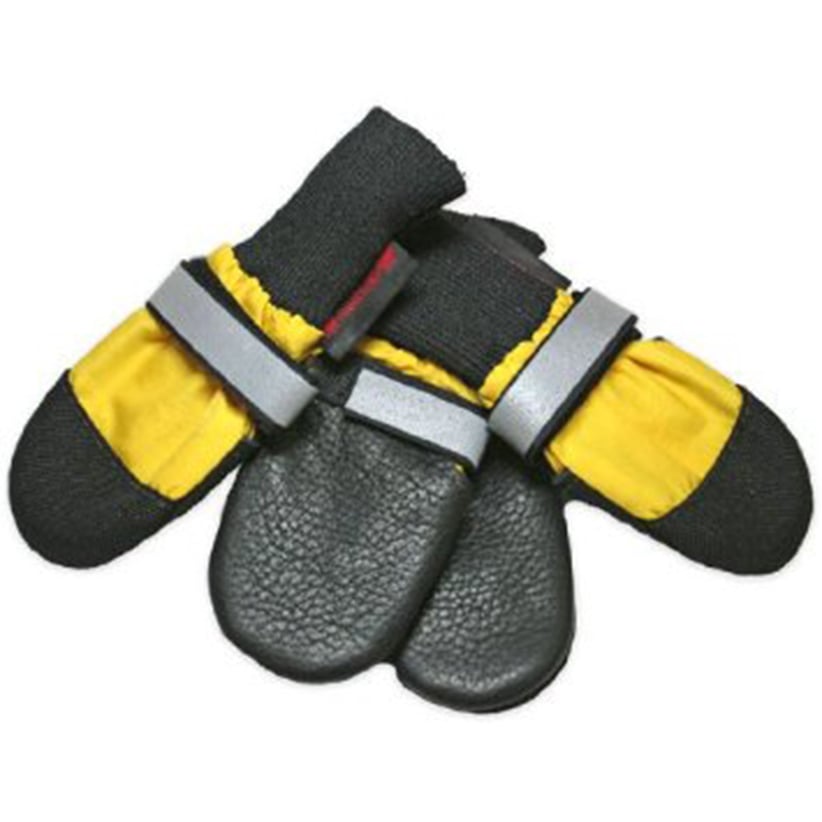 The  Trudeaus gave the Obama dogs Bo and Sunny leather booties.  They purchased them from Muttluks, a Canadian company founded by animal lover Marianne Bertrand.  (Muttluks)

The Trudeaus gave President Barack Obama a soapstone sculpture by Woodland Cree artist Leo Arcand of the Alexander First Nations Reserve in Northern Alberta. The sculpture, called Courage, “represents unity and spirituality, wellness, prosperity,” Arcand said in an interview with Maclean’s. “It represents working together as human beings.” Arcand said he was “thrilled” to learn his piece has been given to the Obamas. “I just found out this morning. It was done through the gallery. It was kind of overwhelming,” he said. “It is not every day that Prime Minister Trudeau would select a piece of my work.” The Bearclaw Gallery in Edmonton shows the sculpture as having sold for $650 on its website.

First Lady Michelle Obama received a blue beaded cape from fourth-generation indigenous artist Tammy Beauvais of Kahnawake, Que. Three glass beads on the cape once belonged to the designer’s great grandmother. Beauvais has been designing Aboriginal clothing since she was 13, and her work has been purchased by politicians and their spouses, including Aline Chrétien, wife of former prime minister Jean Chrétien. Many of the first ladies of North America, South America and Central America own the Sky Woman Cape. (Sophie Grégoire-Trudeau was also gifted a similar cape, in winter white.) Beauvais’ work is also popular with celebrities, including Robert De Niro, who owns a satin Tree of Peace Native Design vest, and Julia Roberts’ brother, actor Eric Roberts.

For the Obama daughters, the Trudeaus brought scarves—retail value, $138—by Ottawa designer Krista Norris, a new artist on the scene. Norris began producing her collection of bold, textured and urban accessories in 2012 after being discovered by someone in the fashion industry who encouraged her to sell her work. Until then, she was making scarves for herself.

For the Obama dogs Bo and Sunny:

The Trudeaus gave the Obama dogs all-weather, high performance leather booties from Muttluks, a Canadian company founded by animal lover Marianne Bertrand. The company began in 1994 as a home-based business selling dog boots. It is now based in Toronto and also sells other pet products, including Muttsoks (socks for pets). Owner Marrianne Bertrand said the Trudeaus gave Bo and Sunny, the Obama’s Portuguese Water Dogs, the all-weather Muttluk booties, which sell for $48 a pair. “It is wonderful they thought of the dogs. Even the first dogs deserve the best,” she told Maclean’s.