Which way is the whistle blowing?

Scott Gilmore: The drama of the century is building towards its final act, as the depths of Trump's troubles become clear—but how it ends is far from certain 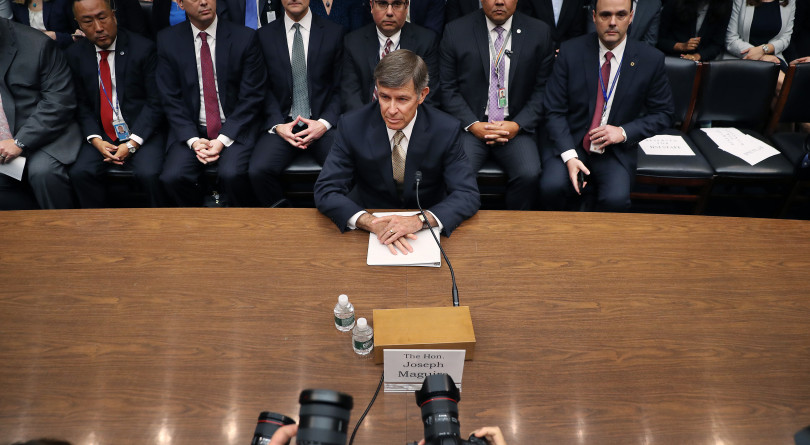 It’s hard to keep up, but let’s try. This is what we know: A CIA analyst assigned to the White House received information from several government officials that the President of the United States, his Attorney General William Bar, and his personal lawyer Rudy Giuliani, were repeatedly pressuring a foreign country to interfere in the upcoming election by investigating a political rival; and, understanding the illegality of these actions, White House staff tried to cover-up these crimes and other troubling incidents by hiding the evidence on a classified email server.

The CIA analyst informed Michael Atkinson, the Inspector General of the Intelligence Community, of what he knew. As required by law, Atkinson shared the accusations with Joseph Maguire, the acting Director of National Intelligence. Maguire then passed the accusations to the president and his alleged co-conspirator Barr who ordered the report not to be shared with Congress, although this is explicitly required by law.

As news of the allegations leaked, the White House decided to debunk the rumours by releasing their own classified summary of a specific telephone call highlighted by the whistleblower. This was a strange decision, as their memo explicitly confirmed the allegations and convinced Nancy Pelosi, the Democratic Speaker of the House of Representatives, to give in to political pressure and launch an impeachment inquiry.

Later that evening, in an effort to defuse the situation, the president authorized the Whistleblowers report to be declassified and released. It merely added gasoline to the fire, and this morning the House Intelligence Committee convened to interrogate Maguire.

Ah, ok, there is more: The president just warned State Department staff that “in the old days” the officials who flagged Trump’s actions would have been justifiably executed for treason. He added that he was the “most innocent person in the world”. And Giuliani is claiming the State Department encouraged him to solicit illegal campaign assistance and he has texts to prove it and “protect himself”.

So, what happens next? Honestly, nobody knows. Under normal circumstances, the Democrats would pile this evidence of wrongdoing, add it to the mountain of other criminal allegations against this president, choose the most egregious, and begin the laborious process of conducting an impeachment inquiry.

But, this is not a normal political drama. This play stars Donald Trump, who is guaranteed to deliver a chaotic performance. The president has already confessed to the latest allegations, arguing they weren’t illegal. Next he may argue that this is nothing, because he has done far worse. Or, he might begin to throw his colleagues under the table, sharing evidence that it was Barr’s idea, or that the vice president was in on it. Or, he might simply invade Canada.

We can be sure, however, that for the time being, as the drama of the century continues to unfold, the cast of characters will continue to play their stereotypical roles. Republican politicians will continue to argue in bad faith that the president is innocent of all charges, that the accusations are part of a grand conspiracy, and if the Trump is guilty he cannot be prosecuted while in office. Democrats will continue to fumble the prosecution, focusing on the trees while the forest burns, outraged, disorganized and ineffective.

Gradually, though, the final act of this play will almost certainly see some character development. Already, a few Republicans are beginning to understand the gravity of the president’s actions. On reading the whistleblower report, Republican Senator Ben Sasse had an epiphany and announced, “there’s obviously lots that’s very troubling there.”

And Democrats, who normally miss their marks, forget their lines and knock over the props, are showing signs of competence. Gradually, in this morning’s hearing with the acting Director of Intelligence Maguire, some of their questions were actually useful in building a case against the president.

This play will no doubt lead to a thrilling final act, but it still unclear if it is a comedy, a tragedy or a farce.