Discussions over U.S. taxpayers paying for a border wall comes as government threatens to partially shut down on April 28 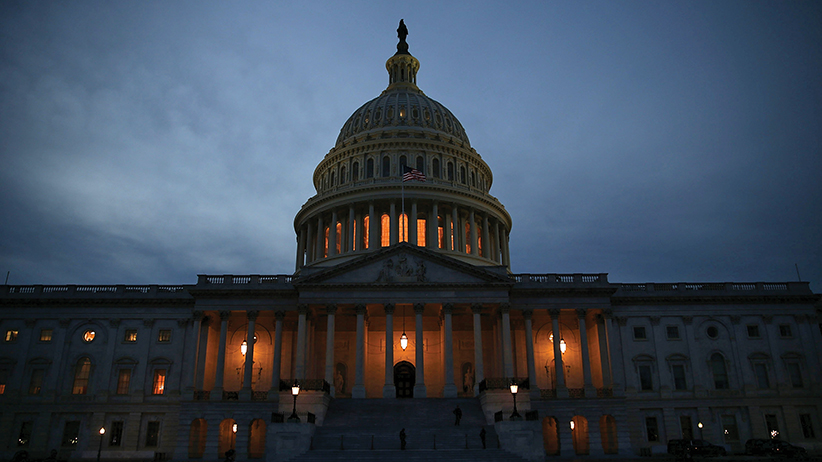 WASHINGTON — President Donald Trump is proposing immediate budget cuts of $18 billion from programs like medical research, infrastructure and community grants so U.S. taxpayers, not Mexico, can cover the down payment on the border wall.

The White House documents were submitted to Congress amid negotiations over a catchall spending bill that would avert a partial government shutdown at the end of next month. The package would wrap up $1.1 trillion in unfinished spending bills and address the Trump administration’s request for an immediate $30 billion in additional Pentagon spending.

The latest Trump proposal, disclosed Tuesday, would eliminate $1.2 billion in National Institutes of Health research grants, a favourite of both parties. The community development block grant program, also popular, would be halved, amounting to a cut of $1.5 billion, and Trump would strip $500 million from a popular grant program for transportation projects. Some of that money would help pay for parts of the wall.

Like Trump’s 2018 proposed budget, which was panned by both Democrats and Republicans earlier this month, the proposals have little chance of being enacted.

But they could create bad political optics for the struggling Trump White House, since the administration asked earlier for $3 billion to pay for the Trump’s controversial U.S.-Mexico border wall and other immigration enforcement plans. During the campaign, Trump repeatedly promised Mexico would pay for the wall, a claim the country has disputed.

“The administration is asking the American taxpayer to cover the cost of a wall — unneeded, ineffective, absurdly expensive — that Mexico was supposed to pay for, and he is cutting programs vital to the middle class to get that done,” said Senate Minority Leader Chuck Schumer, D-N.Y. “Build the wall or repair or build a bridge or tunnel or road in your community? What’s the choice?”

The roster of cuts were sent to Capitol Hill as a set of options for GOP staff aides and lawmakers crafting a catchall spending bill for the ongoing budget year, which ends Sept. 30.

Those talks are intensifying, but Senate Republicans are considering backing away from a showdown with Democrats over whether to fund Trump’s request for immediate funding to build a wall along the U.S.-Mexico border. Senate Democrats have threatened to filibuster any provision providing money for the wall. And many Republicans aren’t very enthusiastic about it and say the White House hasn’t given them many specifics to go on.

“I’d like to hear the details. What is this wall?” asked Sen. John McCain, R-Ariz.

Asked about including Southern border wall financing in the broader spending package, Sen. Roy Blunt, R-Mo., a key negotiator, said: “They will not pass together. That’s just my view.”

Blunt added, “My view is there’s a path to get 60 votes” in the Senate, the total required to overcome a Democratic filibuster. Blunt is a member of the Senate GOP leadership team and a major player on health and human services accounts.

The government would shut down except for some functions at midnight April 28 without successful action on spending. GOP leaders are eager to avoid a politically damaging shutdown, especially in the wake of last week’s embarrassing failure to pass the Trump-pushed bill to repeal and replace former President Barack Obama’s health care law.

Negotiators have made progress on the core elements of a dozen must-do funding bills, but have ignored the White House’s list of cuts in doing so.

But the White House badly wants funding for the Mexico wall and hasn’t fully engaged in the Capitol Hill negotiations. Pitfalls lay ahead in the talks, and the situation is especially fragile because of divisions among GOP ranks and uncertainty over who’s playing the lead role at the White House on the particulars of budget work.

According to new details sent to Congress, the administration wants immediate funds to complete an existing barrier in the Rio Grande Valley, $500 million to complete 28 miles of border levee wall near McAllen, Texas, and $350 million for construction along two segments near San Diego.

Other cuts include $434 million to immediately eliminate a program to encourage community service opportunities for senior citizens, eliminating $372 million in remaining funding for heating subsidies for the poor, and cutting $447 million in transit grants.

White House budget office spokesman John Czwartacki said the proposals were not being shared with the media. A Capitol Hill aide described the cuts to The Associated Press, speaking only on condition of anonymity because the budget document is not yet public.