Who is John F. Kelly, Trump’s new Chief of Staff?

With Reince Priebus gone, John Kelly is now the most senior staffer in the Trump White House. Here are four things to know about him.

Priebus’s departure was almost a foregone conclusion, especially after Trump’s new White House communications director, Anthony Scarmucci, called Priebus a “f***ing paranoid schizophrenic” on Thursday and alluded to him being the one leaking information to journalists.

So with Priebus gone from the White House circus, who is this latest addition to Trump’s inner circle? Here are four things to know about John F. Kelly. 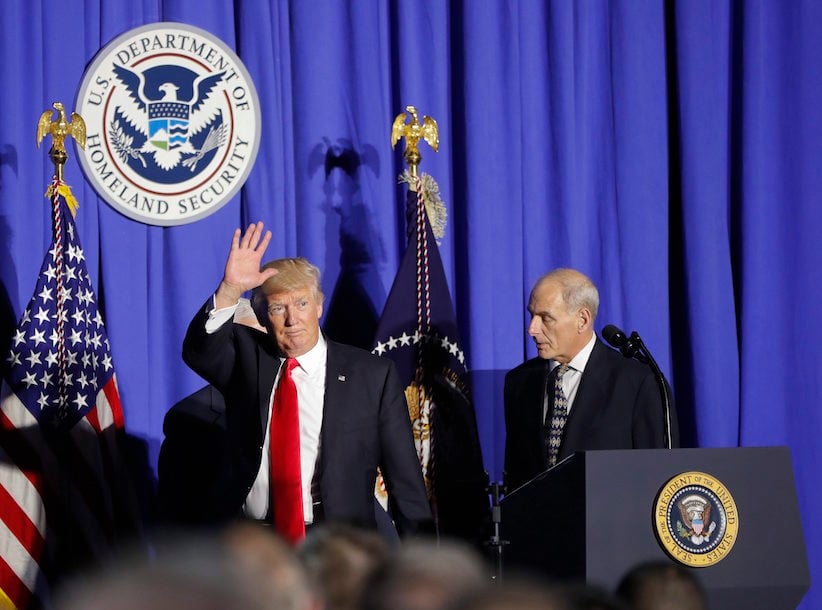 Kelly’s son, Robert, was only 29 years old when he stepped on a landmine in Afghanistan in 2010, which killed him instantly. John Kelly, the most senior U.S. military officer to lose a child in the war, called his son “the finest man I ever knew.”

In a speech the following year to a room of former Marines, John Kelly said: “If anyone thinks you can somehow thank them for their service, and not support the cause for which they fight—our country—these people are lying to themselves.”

Upon Trump becoming president earlier this year, Kelly was soon sworn in as the country’s Secretary of Homeland Security. And the 66-year-old retired four-star Marine quickly made it down how afraid Americans should be. In a speech to Congress in April, he said:

We are under attack from criminals who think their greed justifies raping young girls at knifepoint, dealing poison to our youth, or killing just for fun.

We are under attack from people who hate us, hate our freedoms, hate our laws, hate our values, hate the way we simply live our lives.

We are under attack from failed states, cyber-terrorists, vicious smugglers, and sadistic radicals.

And we are under attack every single day. The threats are relentless.”

He was tasked with helping Trump build a wall along the Mexican border. As for when media asked him about the stream of migrants leaving America to seek refugee status in Canada, Kelly said he was “perplexed.”

As commander of the U.S. Southern Command—and the country’s longest serving general before his retirement from the U.S. military to take the Homeland Security position—Kelly was once responsible for Guantanamo Bay, the infamous detention facility that holds suspected terrorists.

And while his four years in charge of Gitmo were all under President Obama, who promised (but failed) to shut down Guantanamo, Kelly was in favour of keeping the military prison open.

When the Pentagon announced it was opening up military combat roles to women, Kelly was skeptical. “I believe every decision has to be looked through one filter: does it make us more lethal on the battlefield,” he told the press. His fear, he added, was there would be pressure to lower standards so that more women would get accepted into combat roles.