In the industrialized world, Trump, the Republicans and other North American conservatives are among the final holdouts in taking seriously the fight against climate change 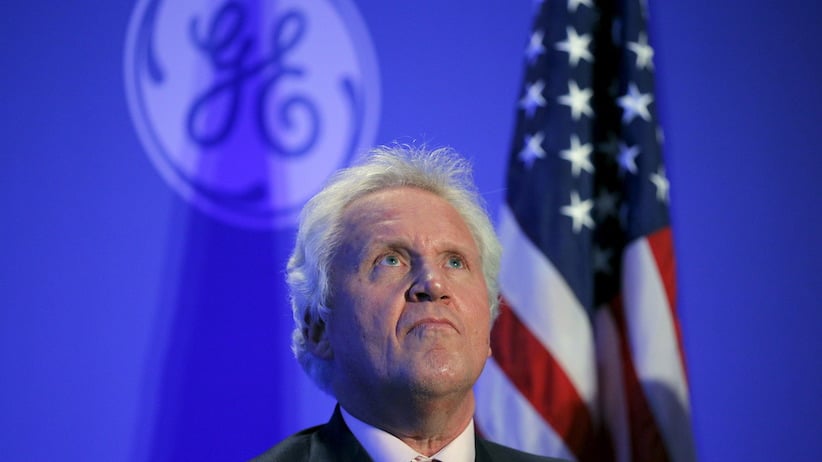 The furious reaction to Donald Trump’s abandonment of the world’s climate accord came from what, in 2017, is the usual suspects.

“Leaving Paris is not good for America or the world,” said the chief executive of Tesla, Elon Musk, whose eco-activist taint was evident from his known ties (until Thursday) to two advisory councils for, er, Donald Trump.

“Today’s decision is a setback for the environment and for the U.S.’s leadership position in the world,” said anti-capitalist Lloyd Blankfein, the head of Goldman Sachs, in his first-ever tweet.

“We believe the United States can best exercise global leadership and advance U.S. interests by remaining a full partner in this vital global effort,” said an open letter earlier this week from an alliance of organizations that have probably never created a private-sector job in their lives, including Apple, Microsoft, Levi Strauss, Morgan Stanley and Unilever.

Who will stand up to these anti-capitalist wingnuts to remind them of the climate agreement’s manifestly destructive impact on American businesses, which Trump has vowed to protect?

Et tu, Exxon Mobil, past obfuscator of climate science, driller-baby-driller supreme, and supplier of Trump’s secretary of State? “We believe that the United States is well positioned to compete within the framework of the Paris Agreement,” the company told the White House in March.

In the industrialized world, Trump, the Republicans and other North American conservatives are among the final holdouts in taking seriously the fight against more erratic weather, more future drought and more coastal areas under water in the future–even the president’s Mar-a-Lago retreat in Florida stands to get flooded regularly in coming decades. As with his immigration demagoguery, Trump is not only isolating himself from the global community, but also his peers in business.

Major investors, that engine of the economic growth Trump wants to stoke, are pushing toward climate action outside of Trump’s Paris entanglements, as well. Not long ago, investor activism on climate change was overwhelmingly the purview of groups pushing for college and university endowments to divest of oil and gas holdings, as though it’s the 1980s and we’re fighting apartheid all over again.

New successes have been hailed by those who keep their stake in the game, and use leverage as shareholders to exact change. A day before Trump’s move, a majority of Exxon shareholders defied the company and urged more reporting on risks the business faces from evolving technologies and climate policies like the Paris’ deal and its aim to keep global temperatures from rising by two degrees Celsius or more. New York and California pension funds were among the shareholders raising their voices, as well as major investment companies Vanguard and BlackRock. Earlier in May, BlackRock also successfully pushed for more climate risk disclosure from Occidental Petroleum, one of Texas’s largest producers. “Generally, BlackRock expects companies to identify and report on material, business-specific social and environmental risks and opportunities, and to explain how these are managed,” the company stated in a memo.

Leading investors and corporations in the United States have expectations that are sharply at odds with the Trump administration, which is loosening regulations in various areas to let the corporate refuseniks continue to refuse, as more global players worry about global risk.

This is no different in Canada; in fact, it’s more pointed, with federal and provincial governments having already made firmer policies. When the federal government said last fall it’s mandating carbon pricing in every province, Environment Minister Catherine McKenna did it with backing in principle from a blue-chip list of companies that included four of Canada’s five big banks, pipeline giants Enbridge and TransCanada, and other carbon-intensive players like Air Canada and the Cement Association of Canada. Alberta Premier Rachel Notley launched the province’s carbon tax and climate plan in November 2015, with the heads of Suncor, Cenovus and Canadian Natural Resources on stage with her. Collectively, the three companies own most of the province’s active oil sands.

What firms in the energy sector and outside of it like about the climate plan is the certainty of the new regulations—that they can price policies into their business plans with less fear that a hasty government will be forced to react later on after a hyper-extended laggard period. Meanwhile, Alberta conservative leaders Jason Kenney and Brian Jean say they’ll scrap Notley’s carbon tax and end the sentence there, while new federal Tory leader Andrew Scheer apes the old Stephen Harper policy of opposing a broad carbon tax and instead taking an industry-by-industry approach in tandem with United States policy–which means doing nothing, or advancing fractionally. Some smaller or mid-sized companies with less global exposure will applaud the small-government measures Scheer and his former colleagues in Alberta advocate. But beyond the Greenpeaces and Sierra Clubs, it’s the business world that will not much tolerate a simple repeal of carbon taxation plans–in U.S. health-care parlance, they’d demand a satisfying repeal and replace.

In April, Moody’s warned about the petroleum industry’s significant credit risks due to global policy change, technology advances and changing consumer preferences. The ratings agency uses the Paris agreement as a baseline for measuring emissions reduction demands and their financial consequences. “While the future energy and environmental policies of the United States are unclear at this time, Moody’s does not believe that the pathway to lower global emissions will be derailed in the coming decade,” the agency said, more than a month before Trump did exactly what he’d promised at campaign rallies.

Trump will be Trump, the corporate world has begrudgingly concluded. The business community, and the smart money that underpins it, continues to charge in the opposite direction from Trump and the attempted climate counter-revolution.