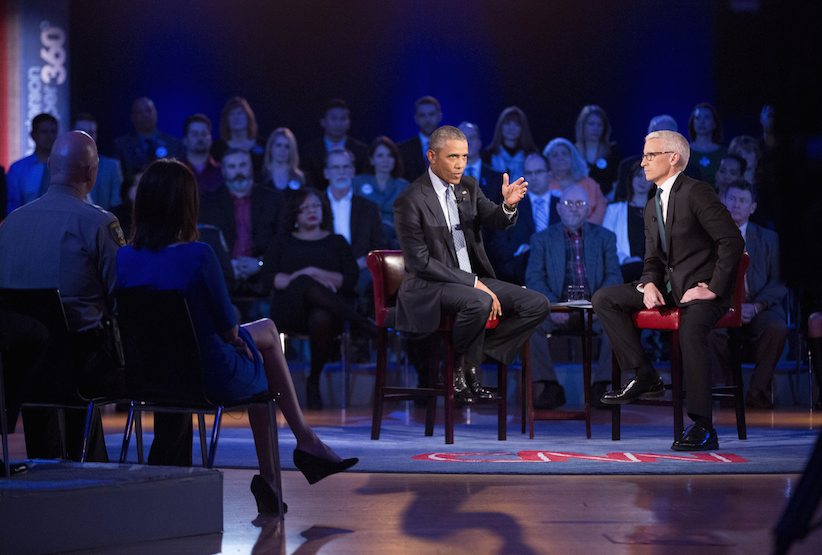 WASHINGTON — Anyone playing a Barack Obama drinking game during the latest Democratic presidential debate could easily have wound up splattered on an emergency-room gurney by the final commercial break.

The president’s name came up 29 times Sunday, occasionally mentioned by the moderators, but usually by the candidates, and frequently in reverential tones.

The Democrats seeking to succeed Obama were smothering themselves in his record — not running away from it.

An explanation for that could be condensed into two words: South Carolina. The state that hosted Sunday’s debate could prove pivotal in deciding the Democratic nominee; black voters will play a decisive role there; and Obama’s approval level is not only high among liberals but even higher among African-Americans at about 90 per cent.

Sen. Bernie Sanders took exception when one of his rivals pointed out that he’d once floated the idea of launching a primary challenge against the president in 2012 and had called him weak on progressive issues.

“He and I are friends,” Sanders replied, pointing out that they’d campaigned for each other. The socialist senator also praised the president for his reluctance to deploy ground troops to the Middle East.

“We’ve worked together on many issues. We have some differences of opinion.”

Hillary Clinton had been drawing attention to Sanders’ past critiques of the president.

She and Obama may have been bitter rivals in 2008. But the electoral math today suggests she needs the voters who helped Obama beat her in that year’s South Carolina primary.

Clinton is in danger of losing one and possibly both of the first two nomination states — polls say she’s behind in New Hampshire, and running neck-and-neck in Iowa. The race then moves from those earlier, whiter states to the south, where the Democratic electorate includes more minorities.

Clinton still had a huge lead in South Carolina — 40 percentage points in the latest polls. And a rival strategist predicted Sunday that her southern firewall could prove impenetrable in the primaries.

Republican organizer Karl Rove said the more left-wing Sanders could struggle as the campaign shifts from the north, away from his base of young white college kids.

“(In) South Carolina or Nevada, you get a lot more African-Americans, a lot more Latinos, and a lot fewer liberal wackos,” Rove told a Fox panel Sunday.

A Gallup poll last summer illustrated the two-part advantage Clinton held among African-American voters as the race got underway last summer: her popularity, and familiarity.

Clinton had an 80 per cent favorability rating among black respondents. Sanders was liked, among the few who knew him. But only 33 per cent of African-American respondents knew who he was entering the race, compared with 92 per cent who knew Clinton.

Sanders said he can overcome that name-recognition challenge.

“We have the momentum, we’re on a path to a victory.”

Sunday’s debate was hosted by the Congressional Black Caucus, on the eve of the annual Martin Luther King holiday.

The most heated exchange involving Obama came when Sanders criticized Clinton for taking more than $600,000 in speaking fees from investment bank Goldman Sachs.

That prompted Clinton to reply that he’d criticized Obama for doing the same.

Clinton promised to preserve Obama’s health reform, and criticized Sanders’ plan to raise taxes to fund a single-payer health plan. Clinton called it one of the great achievements by Obama, the Democratic party, and the country.

She said she was proud to work with Obama on the Iran nuclear agreement when she was secretary of state; applauded the Obama administration for working with software companies on intelligence-gathering; and she passed on the moderators’ invitation to criticize him for threatening to use force against Syria’s dictator and then backing down.

The also-ran on stage, former Maryland governor Martin O’Malley, didn’t get much speaking time. In an early chance to address the crowd, O’Malley praised the president.

In his opening remarks, he credited Obama with preventing a second Great Depression. He also saluted the president for making the U.S. more energy independent, before expressing his view that the country could entirely phase out fossil fuels by 2050.