Why FBI directors are forbidden from getting cozy with presidents

Modern FBI directors are supposed to remain independent of the president because of the troubling overreaches of J. Edgar Hoover 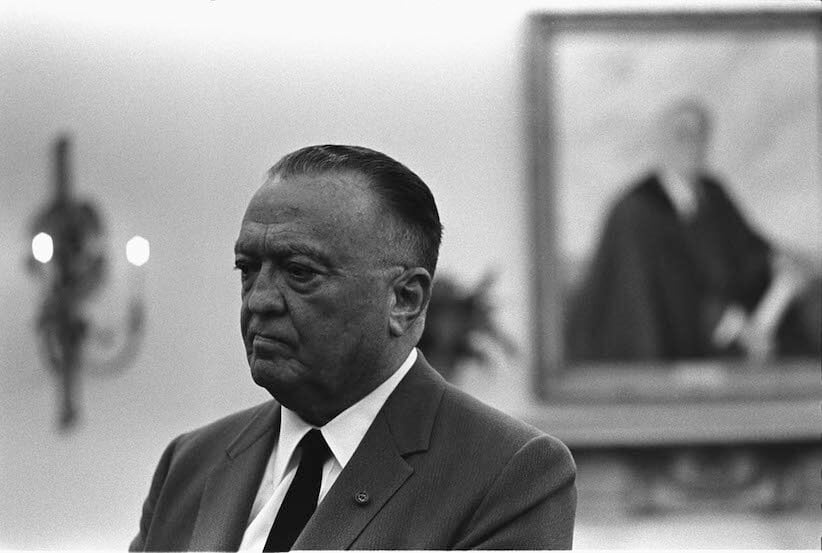 How are U.S. presidents and FBI directors supposed to communicate?

A new FBI director has recently been nominated, former Assistant Attorney General Christopher Wray. He will certainly be thinking carefully about this question as he awaits confirmation.

Former FBI Director James Comey’s relationship with President Donald Trump was strained at best. Comey was concerned that Trump had approached him on nine different occasions in two months. In his testimony to Congress, Comey stated that under President Barack Obama, he had spoken with the president only twice in three years.

Comey expressed concern about this to colleagues, and tried to distance himself from the president. He tried to tell Trump the proper procedures for communicating with the FBI. These policies have been enmeshed in Justice Department guidelines. And for good reason.

FBI historians like myself know that, since the 1970s, bureau directors try to maintain a discrete distance from the president. This tradition grew out of reforms that followed the often questionable behavior of former FBI Director J. Edgar Hoover, who served from 1924 to 1972.

As the nation’s chief law enforcement arm, the FBI today is tasked with three main responsibilities: investigating violations of federal law, pursuing counterterrorism cases and disrupting the work of foreign intelligence operatives. Anything beyond these raises serious ethical questions.

From FDR to Nixon

When Franklin Roosevelt became president in 1933, Hoover worked hard to develop a close working relationship with the president. Roosevelt helped promote Hoover’s crime control program and expand FBI authority. Hoover grew the FBI from a small, relatively limited agency into a large and influential one. He then provided the president with information on his critics, and even some foreign intelligence, all while ingratiating himself with FDR to retain his job.

President Harry Truman didn’t much like Hoover, and thought his FBI was a potential “citizen spy system.”

Hoover found President Dwight Eisenhower to be an ideological ally with an interest in expanding FBI surveillance. This led to increased FBI use of illegal microphones and wiretaps. The president looked the other way as the FBI carried out its sometimes questionable investigations.

But when John F. Kennedy became president in 1961, Hoover’s relationship with the president faced a challenge. JFK’s brother, Robert Kennedy, was made attorney general. Given JFK’s close relationship with his brother, Hoover could no longer bypass his boss and deal directly with the president, as he so often did in the past. Not seeing eye to eye with the Kennedys, Hoover cut back on volunteering political intelligence reports to the White House. Instead, he only responded to requests, while collecting information on JFK’s extramarital affairs.

MORE: As Comey testifies, real focus will be on Trump

By contrast, President Lyndon Johnson had a voracious appetite for FBI political intelligence reports. Under his presidency, the FBI became a direct vehicle for servicing the president’s political interests. LBJ issued an executive order exempting Hoover from mandatory retirement at the time, when the FBI director reached age 70. Owing his job to LBJ, Hoover designated a top FBI official, FBI Assistant Director Cartha “Deke” DeLoach, as the official FBI liaison to the president.

The FBI monitored the Democratic National Convention at LBJ’s request. When Johnson’s aide, Walter Jenkins, was caught soliciting gay sex in a YMCA, Deke DeLoach worked directly with the president in dealing with the backlash.

One might think that when Richard Nixon ascended to the presidency in 1968, he would have found an ally in Hoover, given their shared anti-Communism. Hoover continued to provide a wealth of political intelligence to Nixon through a formal program called INLET. However, Hoover also felt vulnerable given intensified public protest due to the Vietnam War and public focus on his actions at the FBI.

Hoover held back in using intrusive surveillance such as wiretaps, microphones and break-ins as he had in the past. He resisted Nixon’s attempts to centralize intelligence coordination in the White House, especially when Nixon asked that the FBI use intrusive surveillance to find White House leaks. Not satisfied, the Nixon administration created its own leak-stopping unit: the White House plumbers – which ended in the Watergate scandal.

Not until after Hoover’s death did Americans learn of his abuses of authority. Reform followed.

In 1976, Congress mandated a 10-year term for FBI directors. The Justice Department later issued guidelines on how the FBI director was to deal with the White House and the president, and how to conduct investigations. These guidelines have been reaffirmed, revised and reissued by subsequent attorneys general, most recently in 2009. The guidelines state, for example: “Initial communications between the Department and the White House concerning pending or contemplated criminal investigations or cases will involve only the Attorney General or the Deputy Attorney General.”

These rules were intended to ensure the integrity of criminal investigations, avoid political influence and protect both the Justice Department and president. If Trump attempted to bypass these guidelines and woo Comey, that would represent a potentially dangerous return to the past.

Douglas M. Charles is an Associate Professor of History at Pennsylvania State University.