Why 'lodestar' will forever be with us 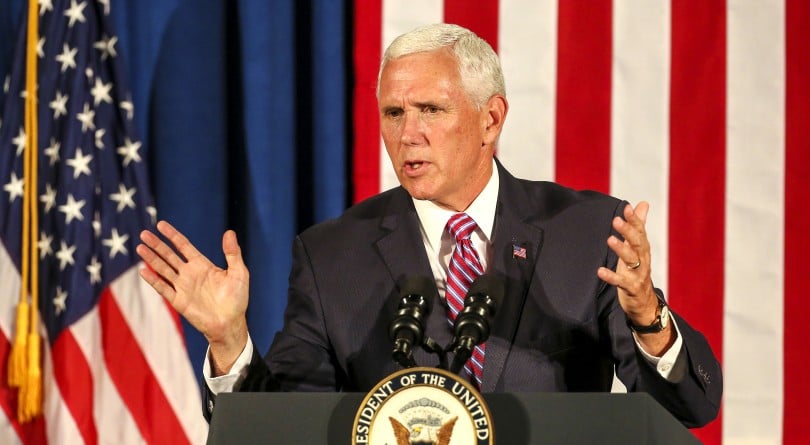 “You hold me as the lodestar holds the iron: I cannot but cling to you,” wrote George Bernard Shaw in his best faux Shakespeare in The Dark Lady of the Sonnets. Perhaps so, but Mike Pence must be trying to scrape off his lodestar off like a wad of gum stuck to his shoe. The vice-president of the United States came squarely into the internet’s cross hairs in the wake of the anonymous, Trump-bashing, op-ed piece that appeared in the New York Times. Those playing political Washington’s new parlour game—outing the op-ed’s author—seized on his (or her) use of the word “lodestar,” a vice-presidential favourite over the years.

The word began life in the Middle Ages, its first syllable derived from an Old English word meaning “journey” or “course,” and distantly related to modern “lead,” hence guiding star. It came to centre on Polaris, the North Star, for centuries the Northern Hemisphere’s most important navigational aid.  Or, sometimes, as in the so-called “vehicle” (real-life) part of Shaw’s simile, the Magnetic North Pole—the lodestar holds the iron by drawing the compass needle to itself.

The practical use of lodestar faded away in early modern times as navigators drew a clearer distinction between Polaris and magnetic north and improved their technology in general. But stars have an eternal place in the human imagination, and lodestar’s metaphorical use never really went away. The word quickly came to mean, as it still does, a guiding force, usually an ideal or concept, but sometimes a leader. When Geoffrey Chaucer used it in “Troilus and Criseyde” in the 14th century— “my righte lode sterre”—it referred to a lover. Soon, however, other concepts—duty and honour especially—dominated, just as when Shakespeare’s Julius Caesar boasted about his steadfastness: “I am constant as the Northern Star/ Of whose true fixed and resting quality/ There is no fellow in the firmament.” It’s the latter usage that made lodestar so attractive a poetical usage for the prosaic Pence, the very model of a buttoned-down Midwestern Republican. Over the years he has applied lodestar to everything from his goal of fixing the U.S. government’s debt ceiling to his now deceased mentor Jack Kemp, who also used it often.

But Pence is not alone in his affection for a word that isn’t at all archaic. In August the venerable Worldcon, the science-fiction organization that hands out the genre’s most prestigious prizes, added a new YA award to its roster, the Lodestar. And it’s a taste shared with one of the few sources that regularly gives Trump tweets a run for egotistical bluster. North Korean propaganda recently referred to dictator Kim Jong Un as “the sun of the nation and lodestar of national reunification.” As long as emotionally intense adolescent readers, start-struck lovers and sycophant politicians endure, so too will lodestar be with us.