Why the Rust Belt voted for Trump

Angst over the economy helps Trump flip Great Lakes states, and hand him the presidency 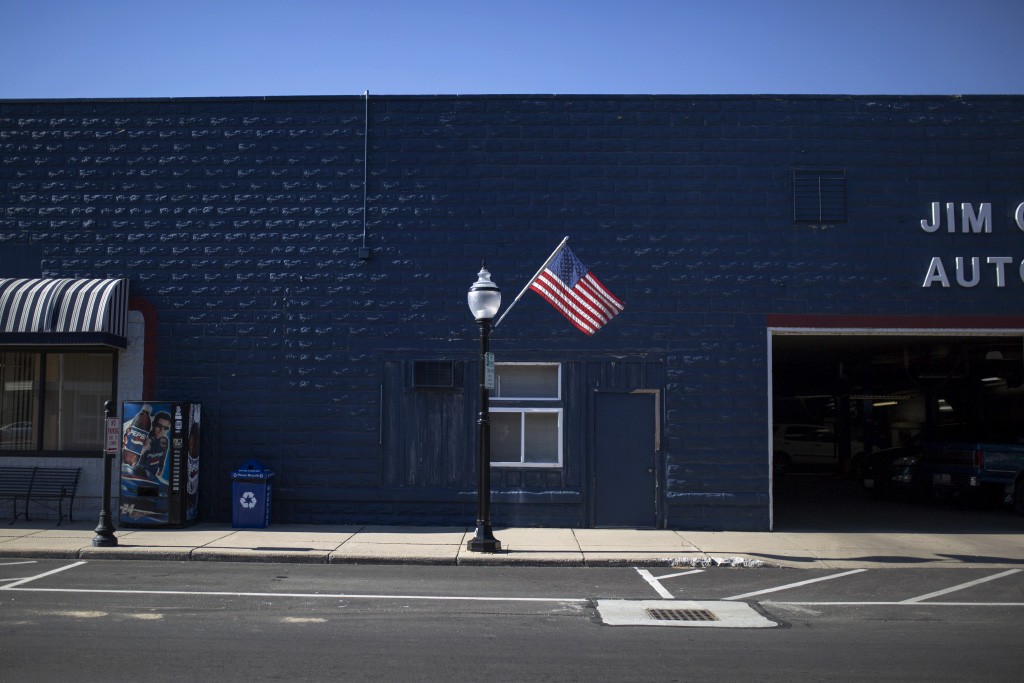 WASHINGTON – A fractured, discontented electorate handed Donald Trump the presidency, allowing him to breach a region that Democrat Hillary Clinton was banking on in her bid for the presidency.

Key battleground states Pennsylvania, Michigan and Wisconsin had voted for the Democratic candidate in every presidential election for a generation. Ohio, Minnesota and Iowa have been part of winning Democratic maps, as well.

Trump outperformed expectations in all of them, moving most into the Republican column after President Barack Obama twice swept the region.

Exit polls and unofficial returns reflected deep racial, gender, economic and cultural divides nationally and across the Midwest and Great Lakes region, helping drive Trump’s success. His soaring popularity among white voters without a college degree was essential to his capturing the Rust Belt.

“The forgotten men and women of our country will be forgotten no longer,” Trump said in his acceptance speech, alluding to his economic populist message that helped him shift much of the old industrial territory.

Trump’s support Tuesday skewed older, more male and overwhelmingly white. His supporters said they were deeply dissatisfied with the federal government and eager for change, according to the exit polls conducted by Edison Research for national media outlets.

Nationally, he won almost 7 out of 10 whites without college degrees.

Trump’s surge in working-class regions was evident in places such as Mahoning County, Ohio. Obama won Mahoning, where organized labour still acts as a political force, by a 28-point margin in 2012. On Tuesday, Clinton won it by just 3 percentage points and fell short of Obama’s vote total by more than 20,000.

Obama won nearby Belmont County, in the coal country along the Ohio River, in his first election. It shifted to Romney in 2012, and on Tuesday Trump won almost 70 per cent of the vote.

Across Ohio, nearly half of all voters said international trade hurts the country’s jobs situation, and two-thirds of them backed Trump. Two-thirds of the state’s voters said the job situation in Ohio had deteriorated or remained static over the past four years, and three-quarters of them voted for Trump.

It was a pattern that repeated across the region.

Clinton did refashion an alliance similar to Obama’s – women, young voters and nonwhites – but it wasn’t large enough. Her support was concentrated in large cities, the Northeast and along the West Coast. But even in some key urban areas, Clinton fell short of Obama’s benchmark.

The urban drop-off was a critical blow to Clinton, as Trump ran up resounding margins in small towns and rural areas, while adding victories in many suburbs.

Less clear in the results is just what voters want out of government. The same electorate that was so unhappy with government gave Obama a 53 per cent approval rating and returned Republican majorities to Congress.

GOP control of Capitol Hill would, in conventional circumstances, be a luxury for a newly inaugurated Republican president. But Trump has clashed on personality and policy with the party’s congressional leaders.

He’s pledged to protect Social Security and Medicare. Those programs benefit voters age 65 and older, a cohort that Trump won with a narrow majority, but they are also targets of House Speaker Paul Ryan’s long-term plans for a leaner federal budget.

Congressional Republicans also have opposed ambitious spending proposals for infrastructure that Trump outlined in his acceptance speech. Similar to what Obama and Clinton have endorsed, Trump promised to “put millions of people to work” by rebuilding “our highways, bridges, tunnels, airports, schools, hospitals.”

The president-elect, meanwhile, did not mention at all his signature immigration proposals that defined much of his campaign: building a wall on the U.S.-Mexico border and deporting millions of workers in the country illegally. Majorities of voters nationally said they oppose both ideas.