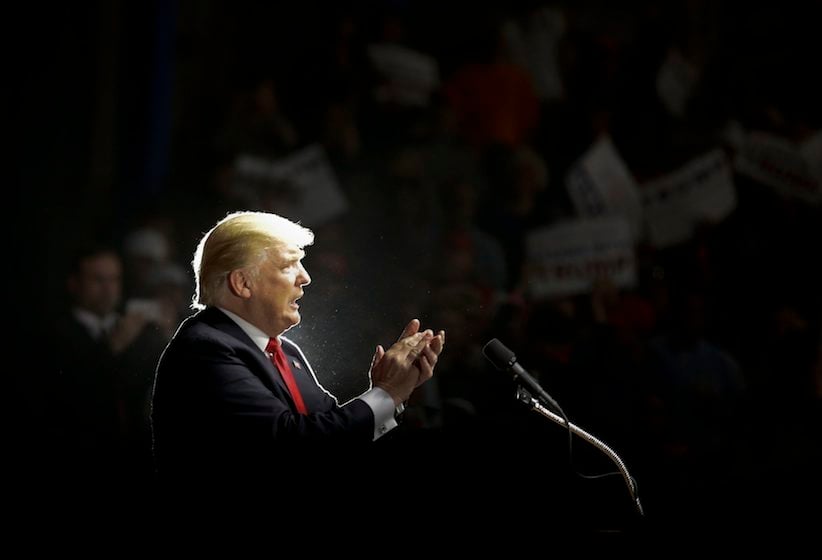 WASHINGTON — A diverse Republican band of Donald Trump haters, conservatives and other rebels have set their sights on derailing the billionaire’s march to their party’s presidential nomination.

They’re seeking new supporters, spending money on TV ads, hiring staff and even setting up office space near the Cleveland arena where the party gathers later this month for its national convention.

Despite their ongoing effort, Trump is moving steadily toward nailing down the nomination. Here’s why it will be hard for the dissidents to prevail:

While many top Republicans have criticized Trump and announced they won’t go to Cleveland, the party hierarchy has largely been lining up behind his drive for the nomination, despite his divisive statements and unruliness as a candidate.

Their argument: Whatever Trump’s faults, how do you take the nomination away from the guy who won 13.4 million votes in GOP primaries and caucuses, far more than his opponents? And besides, who’s the alternative candidate?

Along with staff from Trump’s still small campaign, members of the Republican National Committee, state GOP leaders and others have formed a team of around 150 “whips” who are contacting convention delegates and cajoling them, though perhaps not always gently.

On the 112-member convention rules committee, a likely battleground for efforts to free the delegates, around a third are from the 168-member GOP national committee and most will loyally back Trump in rules fights.

There are exceptions. Also on that rules committee is Colorado delegate Kendal Unruh, a leader of the fight to let delegates to vote their “conscience,” and North Dakota RNC member Curly Haugland, who has long insisted that even under current rules, delegates are free to back anyone.

Many RNC members say the rebels will lose overwhelmingly in committee votes.

… are stacked against the insurgents. Trump triumphed in the vast majority of this year’s primaries and caucuses, giving him 1,542 delegates, according to The Associated Press. That’s well above the 1,237 needed to clinch the nomination.

Now, it’s true those delegates can vote however they wish during convention battles to change the rules, so delegates pledged to a candidate could back anyone they want. And you can count on such defections, because some delegates representing Trump actually prefer Texas Sen. Ted Cruz or others.

But Trump still has a big numerical advantage.

According to an informal count by one party insider, Trump can rely on a solid 900 delegates, compared to a combined 650 for Trump opponents plus delegates backing Cruz or other candidates.

That leaves over 900 remaining delegates. Trump would need only about a third of them to prevail. And don’t forget, many delegates are party regulars inclined to want a gathering that’s peaceful, not a GOP civil war on prime time TV.

The anti-Trump forces have said they have more than 400 delegate supporters.

Unruh says she has enough votes on the rules committee to allow the full convention to vote on her proposal to let delegates vote their “conscience” and abandon the candidates they are supposed to support. She needs just 28 votes for that to happen. Her opponents say she’d lose in full convention anyway, but are countering with their own amendments.

An RNC member from Oregon, Solomon Yue, is proposing that any rules changes take effect only after this month’s convention, to “take the politics out of” the rules debate.

Another tactic party officials are discussing: using their muscle to prevent any rules changes, period. They argue the current rules already mean delegates must stay with their candidates.

They may be outnumbered, but the dump Trumpers have cards they could try playing to be disruptive.

Under current rules, a sympathetic delegate can slow down roll calls by demanding that their state delegation chairman recount the tally. They could force roll calls on minor matters that would usually pass quickly by voice vote, and lodge other time-consuming procedural challenges.

There’s a limit to that strategy.

The convention’s presiding officer, which at times will be House Speaker Paul Ryan of Wisconsin, the convention chairman, doesn’t always have to recognize delegates seeking recognition. And if the dissenters try the same tactic repeatedly, he or she can rule their moves dilatory and move on.

Another dissidents’ hope — what if Trump’s poll numbers get really, really bad?

“What is the Republican Party’s tipping point?” asked Steve Lonegan, a leader of Courageous Conservatives, which is backing the rebellion by raising money for ads and other expenses. “Is it down 10 points, 12 points, 20 points?”

In a conference call among dump Trump supporters Tuesday evening, conservative writer David French congratulated participants for trying to defeat “an evil man.” And conservative commentator William Kristol told the group, “Win or lose, I think this is an important moment” toward establishing “the principle that the delegates have the right to vote as they see fit.”