Leading privacy-rights lawyer Jameel Jaffer on why Obama is as secretive as Bush on national security, and why privacy issues are hard to sell 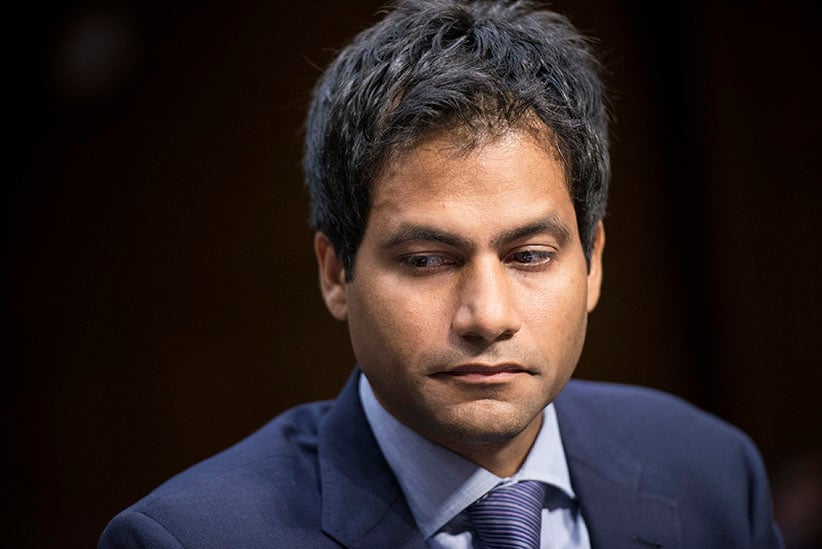 By all accounts, these are pretty good times for advocates of privacy rights in the face of creeping government surveillance. Edward Snowden’s whistle-blowing sent shockwaves across the international community about who knew what. Just last week, the NSA finally shut down its bulk telephone records collection, and it is no longer allowed to directly hold information about the phone calls of millions of U.S. citizens. Here in Canada, the Liberals took power, with promises to reform the previous government’s controversial Bill C-51.

But even Jameel Jaffer, the Canadian-born deputy legal director of the American Civil Liberties Union, acknowledges this constitutes incremental change. “So far we’ve had change at the margins and only at the margins,” he said to Maclean’s in Toronto, where he was in town to accept the Canadian Journalists for Free Expression’s Vox Libera award.

It can be easy to be cynical about privacy matters. Despite a May 2015 poll from Pew that found that 90 per cent of Americans believe it’s important they maintain privacy and confidentiality in their lives, only a tiny percentage actually think that’s currently happening, and a similarly thin sliver have meaningfully changed their digital habits as a result. It’s hard to get the needle moving, unless there’s something as mammoth and game-changing as the Snowden disclosures—and even then, it’s hard to say that the dialogue has been sustained in a major way. And despite the end of a high-profile program, the NSA still has an array of other broad powers to snoop on its citizens and others at large.

Jaffer, who represents Snowden and helped lead the charge in major cases against the U.S. government to acquire documents that revealed the Bush administration’s torture of prisoners at Guantánamo and the Obama administration’s drone memos, remains improbably optimistic. He spoke to Maclean’s about secrecy, privacy and how he remains hopeful in the face of minute change despite Sisyphean efforts.

Why did you pursue this line of work?

I was an investment banker for a year before I went to law school, and then I worked for a big Wall Street law firm after I graduated. I had moved to New York in 2002 after having clerked for a couple years, and the ACLU needed a lot of help at that time, because they were working on the case of these immigrants who had been rounded up after 9/11 and were being held in various detention centres in New Jersey without charge or trial. So I was one of a dozen lawyers who started working with the ACLU to track down those detainees, connect them with lawyers who could help them, connect them with their family, and help them get out of what looked like indefinite detention. Then jobs came up at the ACLU, and I applied, and I was lucky—I got one.

These conversations over national security obviously aren’t new, but they can feel new. Fears over government creep in the West really sparked up after 9/11. Can you give a sense of the impact of that event on the discussion at large?

After 9/11, Americans in particular were very fearful of what might come next. And the fear was entirely understandable. But in many ways, that fear led to bad decisions. Government officials took advantage of the fear to push expansion of government power, and a lot of that government power was then implemented in secret, so when it was abused, we didn’t learn about the abuses until long after it occurred. I think you see that pattern in a lot of different places, but certainly with surveillance and interrogation; these policies are developed in secret, implemented very broadly—in many cases unconstitutionally or unlawfully—and the public only learns much later. The Snowden disclosures were so important because for the first time they allowed a really informed debate over government surveillance that by that point had only been cloaked in secrecy.

You’ve been working on these kinds of issues over the course of the presidencies of both George W. Bush and Barack Obama. Have you felt a difference?

Yes and no. I think the administrations are different in many important respects. For example, the Bush administration’s principal argument was that the president had authority as commander-in-chief to implement the national security policies the president thought were necessary. That’s a very aggressive constitutional argument, one that I and I think most others now think of as profoundly wrong, and the Obama administration has dropped that argument. So in that sense, there’s a significant difference. But though the Obama administration has dropped that, it has endorsed many of Bush’s policies, even expanded them. You see that most dramatically with the drone program, which was initiated under the Bush administration but has been quite dramatically expanded by President Obama.

What has the Obama administration’s reasoning been for the secrecy?

Is that not in some way more nefarious, to claim transparency while being as secretive?

Next year, there will be a new administration. Do you still retain hope that a new president will in some way be better on these issues?

Yes. I mean if I didn’t have that hope, I would have no choice but to give up on this kind of work. But I guess I’ve come to realize that an administration alone isn’t going to effect the kind of change we need. We need participation from Congress and the courts. The courts can set the limits to government power and also enforcing those limits, and the courts haven’t been playing that role. If we’re going to see a real move away from this forever war that President Bush initiated and President Obama, however reluctantly, continued, it’s going to require a different attitude from the courts and Congress, too.

I think that’s true that the policies are complicated, and surveillance laws are complex. Even someone committed to understanding them has to invest a lot of time. But that said, I think we’ve had a very real conversation about the proper limits on surveillance power since the Snowden disclosures. It’s overdue, but I’m glad it’s happening now. One result is that many federal courts have held the NSA’s actions as unconstitutional or unlawful, and Congress has ended one of the most controversial programs, the call-records program, a couple days ago. I’m not ready to say the system is working, but in some areas, you see the system working. 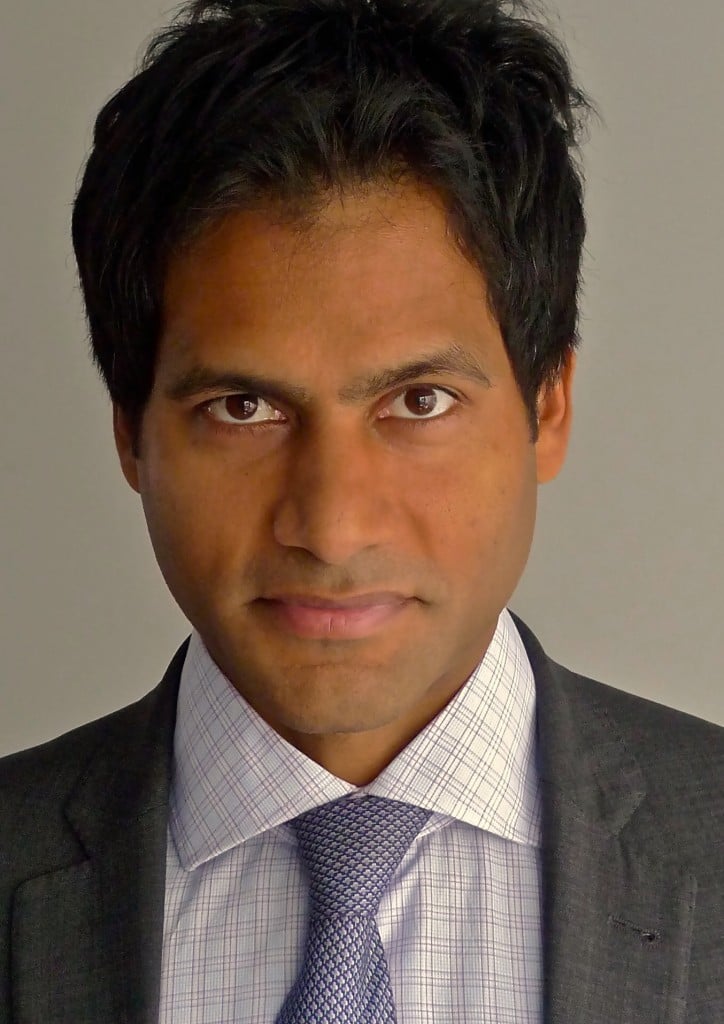 But let me put on my cynic’s hat: Obviously the Snowden disclosures were a huge endeavour, and were pushed into the forefront, we have the bulk-records program canned, but they still have an array of wire-tapping possibilities at their command. Some might say that’s truly incremental change despite a major moment and a tremendous amount of work. You could argue it’s literally the least they could do.

That’s a fair point. So far we’ve had change at the margins and only at the margins. The call records program was overbroad and unnecessary and unlawful, but in terms of the NSA’s surveillance programs, it’s the tip of the iceberg. These other programs—like PRISM and UPSTREAM—are much, much more intrusive and affect many more people, not just in the United States. It’s still too early to say whether the Snowden disclosures will have any impact on the scope of that kind of surveillance and the checks and balances imposed on it.

But even there I’d say we’re having a debate that didn’t exist three or four years ago. The fact that I can name these programs is a step in the right direction. You and I know far more about the NSA’s surveillance activity than we did, and there’s litigation in the courts challenging the NSA’s warrantless wiretapping. There are bills to narrow these practices. There are talks at an international level. I’m not sure it’ll lead to a narrowing of these activities, but I’m certainly more hopeful now than I was before the Snowden disclosures.

Is there a way to make the public care more about these issues?

If I thought there was a silver bullet, I would’ve done it already. I do think that pushing back against over-broad government secrecy is crucial. Without an informed conversation about the effectiveness and wisdom and lawfulness of government policy, there’s no hope for change. An informed conversation isn’t a guarantee things will change, but it’s a necessary step.

I think one way everyday citizens can justify this government creep is that privacy is a problem for other people. That is, they say, “What does it matter if I’m not doing anything wrong, so what if the government knows I’m watching Netflix at 8 p.m.?” How do you respond to that kind of dismissal?

Y’know, nobody says, “I don’t care about free speech because I have nothing to say.” People understand that freedom of speech is a societal good. If we want our democracy to work, people need the freedom to speak about, among other things, government policy. So I think we should think of privacy the same way. Even if it’s true—and I don’t accept that there’s someone with nothing to hide, I don’t believe that; show me someone walking around naked in Toronto and I’ll believe you—people need a certain amount of privacy to develop ideas. To develop relationships. To learn about themselves, to research controversial topics. People need privacy for entirely legitimate reasons. And when they lack it, they lack the ability to become full people, and they lack the ability to participate in democratic society. I’m not suggesting the U.S. is like East Germany or North Korea or something like that, but I think there’s something to be learned from other countries that have lived under pervasive surveillance. I don’t think it’s controversial to say that pervasive surveillance leads to a curtailing and, eventually, extinguishment of democratic freedom.

The public has sort of accepted, slowly, the idea that freedom that is less important than security, when that’s not the dichotomy that needs to exist.

I think that’s right, and these things aren’t on opposite sides of the ledger. Part of what keeps us safe is our ability to freely debate government policy, because it’s the free debate that leads to better policy. If we can’t have a free debate or people aren’t comfortable to dissent, then the policy isn’t going to be as effective. So I don’t think it’s appropriate to see these things to be traded off for each other. It’s on the same side of the ledger.