Will it even matter if Donald Trump is impeached?

Scott Gilmore: The odds of impeachment have gone up considerably. But we forget impeachment does not remove a president from office. 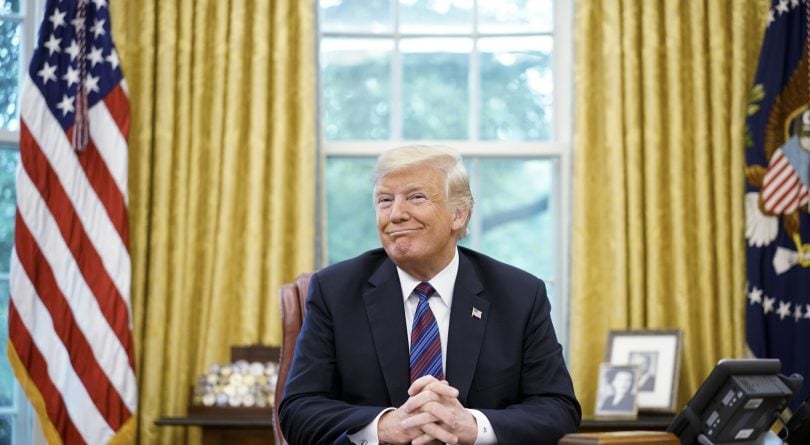 On Sept. 24, 2019, the House of Representatives launched an impeachment inquiry into U.S. President Donald Trump. In 2018, Scott Gilmore tried to answer the question of what would actually happen if Trump were impeached.

Earlier in Donald Trump’s presidency, there was much talk about impeachment. The “why” was a little hazy, as was the “how.” But that didn’t stop the talk. The arrival of Trump in the White House was a shock to (literally) the majority of voters, and he brought with him a cloud of scandal that had hung over him for decades. I heard the statement “If Bill Clinton could be impeached, surely Trump will be!” more than once.

And, to be fair, no other president had moved into the White House with so much historical baggage. There were hundreds of lawsuits, dozens of tabloid scandals and countless newspaper reports of suspicious land deals with even more suspicious buyers. Before Trump even took office, journalists were beginning to report on the growing number of Russian connections, as well as the fact that he positioned his businesses (such as Mar-a-Lago, Trump Tower and the Post Office Hotel) to benefit directly from his presidency in violation of the emolument clause in the U.S. Constitution.

The impeachment fire was fed further with several new scandals in the first few months of his administration: sharing classified information with Russians, conducting bombing campaigns from the Mar-a-Lago patio and, of course, firing FBI director James Comey. These all led partisan and independent observers to believe impeachment may not be inevitable, but it seemed very likely. When it became clear that the Republican-controlled Congress was not willing to play its constitutionally mandated role as a check and balance on the executive branch, that talk began to fizzle out.

READ MORE: Can Trump shut out Canada and cut a trade deal with just Mexico?

Occasionally, as the Mueller probe began, as the lying accelerated, as new revelations emerged about the infamous Russian Trump Tower meeting, and as attacks on the first Amendment increased, grumblings about impeachment would also grow louder, but for the most part the idea of impeaching the president lost steam.

In July, however, impeachment burst back onto the agenda. The day President Trump refused to condemn Russian election meddling after his private meeting with Vladimir Putin in Helsinki, eyebrows went up around the world and the odds the president would be impeached jumped from 11 per cent to 33 per cent on the betting markets.

Then this month, almost simultaneously, his campaign chair was found guilty of fraud, and his personal attorney pleaded guilty to, among other things, breaking campaign finance laws at the behest of the president. In other words, the president had become an unindicted co-conspirator. When the American public learned that Richard Nixon had been labelled as such, his party support began to collapse, the impeachment process accelerated, and within weeks he resigned.

Not surprisingly, there is now far more talk of impeachment than perhaps at any other time during the Trump presidency. But has the actual possibility of impeachment increased, too?

RELATED: Trump says markets will crash if he’s impeached. Don’t count on it.

If a case for impeachment were to be made today, there is no shortage of charges. He could be held to account for admitting he dictated a false statement to cover for the true nature of his son’s meeting with Russian operatives in Trump Tower. It could be for obstruction of justice, having admitted on television that he fired James Comey because of the FBI’s investigation into the Russian affair. Or it could be Trump’s lawyer’s own testimony that the president conspired to commit campaign fraud by secretly paying off his former mistress, Stormy Daniels.

And, of course, we have not even seen the findings of the Mueller investigation yet. While the FBI has been almost leak-proof during this inquiry, occasional revelations have emerged during court proceedings that make it appear that the president may quite possibly be implicated in a conspiracy to accept foreign assistance in the course of the election (aka collusion). And given the president’s own long-time accountant was granted immunity last week, the investigative spotlight now appears to be focusing on one central suspect.

There are also indications that Trump’s first line of defence among Republican congressmen is beginning to weaken. They are noticeably less likely to jump in front of a microphone in his defence, candidates facing difficult mid-term challenges are being advised to openly distance themselves from the president, and there are reports that some GOP politicians are privately worried if they support the president’s story on any one of the many allegations he faces, Trump will once again ineptly reveal during a tweetstorm or a Fox & Friends interview that his original defence was just a ruse.

The upcoming midterms may make the strength of GOP support irrelevant, however. Right now, polls indicate the Democrats are likely to retake the House and possibly the Senate. And, keeping in mind the Republicans only needed three months to impeach Clinton, that would give the newly empowered Democrats plenty of time to get their ducks in a row.

We forget, though, that impeachment does not remove a president from office. That requires the next step: the Senate trying the president and finding him guilty by a two-thirds supermajority. There is almost no chance the Democrats will have such a large majority, and under the current political climate, it would seem impossible that more than one or two Republicans would break ranks—even if the president (as he put it) “shot someone on Fifth Avenue.”

So, yes, the odds of impeachment have gone up considerably. But there is no reason to believe Trump would resign afterwards (Clinton didn’t), nor to expect the Senate would find him guilty. Which makes the impeachment debate interesting, but perhaps in the end not that important at all.