Obama's Clean Power Plan sparked preparations in Canada's hydro industry for U.S. expansion. Then the EPA announced plans to scrap it. Now what? 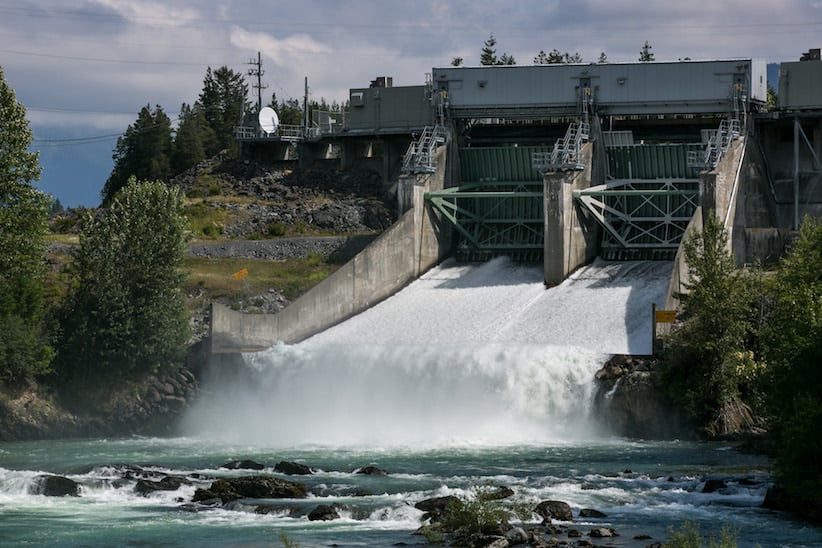 Two years ago, as the Obama Administration moved to finalize a “clean power plan” to green the fleets of hundreds of American electrical utilities, Canada’s far-flung hydro industry sat up and took notice. While Canadian hydro-electricity has flowed freely across the U.S. border for generations, the president’s ambitious carbon reduction plan, to be implemented by the Environmental Protection Agency (EPA), seemed to hold out great promise. “A climate game-changer” is how an influential coalition of scientists described the move to cut utility-related emissions by 32 per cent from 1990 levels by 2030.

It’s a big target: two-thirds of all American electricity production is generated by burning fossil fuels, so the potential for imported low-emission power seemed vast. Indeed, in the wake of the Paris climate change accord, Canadian Hydro Association (CHA) president Jacob Irving said that America is “where the huge opportunity lies” for Canadian exports. Huge enough, in fact, that Canadian energy associations went to Washington to lobby directly to ensure that hydro power would qualify for the carbon reduction plans approved by U.S. state utilities. The CHA even launched a high-profile advocacy campaign, pushing for the approval of new and more remote hydro dam projects that could serve both growing domestic demand as well as growth opportunities state-side.

In light of all that buzzy anticipation, it’s interesting—and certainly a bit odd—that this same sector last week was conspicuously nonchalant in its response to the news that EPA secretary Scott Pruitt, a strenuous coal advocate, had moved to repeal the Clean Power Plan (CPP).

“A guaranteed baseline [of clean power] was obviously interesting to us,” Irving said. But, he insisted, the Trump Administration’s long-anticipated move won’t derail the Canadian hydro sector’s plans to expand exports to the United States. The death of the CPP “doesn’t preclude an opportunity to continue coming up with arrangements with individual states,” he said.

The decision, agreed Devin McCarthy, the Canadian Electricity Association’s vice-president for public affairs and U.S. policy, wasn’t a surprise. The repeal, he added “is not a non-event, but it’s a marginal event.”

The industry’s bid to downplay the impact of the decision—yet another hit from Washington on Canadian trade with the U.S.—seems conspicuously at odds with the sector’s rhetoric from as recently as 2015.

Canada’s electricity exports account for 8 per cent of global totals, and almost 60 per cent comes from the vast hydro generating stations in British Columbia, Manitoba, Ontario, Quebec and Labrador. Indeed, 9 per cent of the country’s electricity output is sent across the border, mostly to northern states.

MORE: How Canada can become an energy superpower

According to McCarthy, net electricity exports to the U.S. have been edging upward for almost 15 years, and that trend line has had little relationship to federal policy, either in favour of clean energy or against it. (Some of those exports involved Ontario dumping inexpensive surplus electricity into the U.S. grid, a practice that resulted in some political shocks for Ontario’s Liberal government last year.)

Yet provincial utilities have been clearly anticipating an expanding U.S. market despite long-standing commercial contracts. Quebec in the 1970s and 1980s developed the vast James Bay hydro stations with an eye to supplying power-thirsty New York. In 2016, the province sold about $1.5 billion in electricity to New England and New York, where about 45 per cent of New York state’s electricity is generated by burning natural gas. Today, roughly three-quarters of all of Hydro Quebec’s surplus power flows south. Yet Hydro Quebec in recent years has sought to grow its market share in the U.S., and the utility says it is in continuing discussions to build new transmission lines “with a view to increasing exports to those markets.”

In Atlantic Canada, meanwhile, Nova Scotia-based Emera and Newfoundland’s Nalcor—two diversified energy companies that own provincial utilities—have partnered in recent years to create a series of transmission lines, including a huge sub-sea cable to Massachusetts, that would shunt electricity produced at the costly and contentious hydro dams in Labrador to consumers in the Maritimes and New England.

Jeff Myrick, an Emera spokesperson, said the company is currently bidding on a major clean energy procurement issued by the state of Massachusetts to supply wind and hydro power generated in New Brunswick, Nova Scotia and Newfoundland and Labrador. But he added that the state appears to be pursuing the plan regardless of what’s happening in Washington.

Manitoba Hydro spokesperson Bruce Owen also noted that its exports end up in places like Minnesota, whose political leaders do not deny climate change science and have therefore approved plans to phase out coal-fired generation, as Ontario has done. While fully 25 per cent of all Manitoba Hydro revenues over the past decade came from exports to the U.S., Owen insisted that Trump’s move “is not a huge concern.” Still, he pointed out that while many people assume Pruitt’s goal is to revive the struggling coal sector, a growing number of U.S. utilities are relying on inexpensive natural gas from Midwest fracking operations to reduce their carbon footprints.

Owen insisted that the shift in federal policy won’t affect Manitoba Hydro’s long-term construction plans, which, he added, are developed with time horizons that extend many decades, not just a political cycle or two. Yet McCarthy conceded that Trump’s approach will “absolutely” have an impact on how Canadian electrical utilities think about financing future hydro-electric mega-projects, many of which have gone dramatically over-budget.

The reason? Canadian hydro producers won’t be able to rely on the creation of a giant market for clean energy that came with the CPP’s reduction targets, as Jacob Irving concedes.

For now, Canadian hydro-based utilities, most of which are in the process of either adding long-planned generating capacity or building new cross-border transmission lines, find themselves left to cautiously monitor these 180-degree policy pivots, like just about every other entity that involves trade with the United States.

How does the export landscape look ten years out? Given Trump’s erratic decision-making, it’s almost impossible to predict. But as the CEA’s McCarthy stressed, there’s nothing to indicate that America’s consumption of imported hydro-electricity will dim any time soon. “It will take more than one policy and more than one administration to turn that on its head.”