With jab at Ryan, Trump ignites new tensions in GOP

Trump says he's "just not quite there yet," on endorsing Paul Ryan – language that echoes Ryan's earlier reluctance on Trump

By Steve Peoples And Thomas Beaumont, The Associated Press August 2, 2016 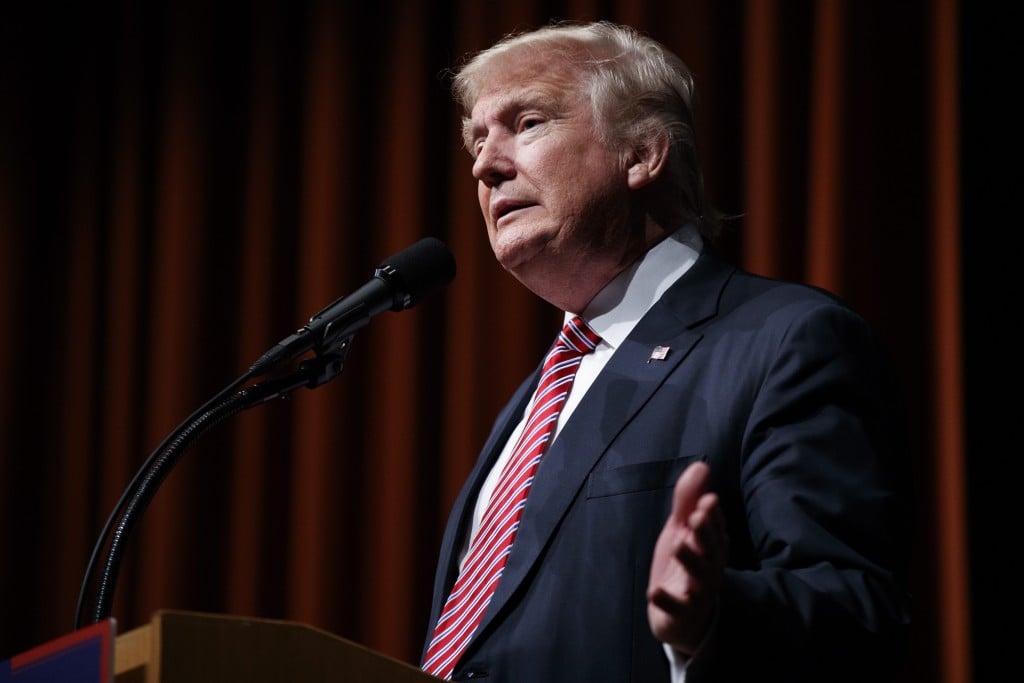 The Republican presidential nominee told The Washington Post he’s “just not quite there yet,” when asked about an endorsement of Ryan, who faces a primary election next week. In doing so, he echoed the House speaker’s comments of almost three months earlier, when the Wisconsin congressman was initially reluctant to embrace Trump as his party’s standard bearer.

Trump’s statement comes amid intense fallout over his criticism of the family of the late Capt. Humayun Khan, a U.S. Army soldier who died in Iraq in 2004. Indeed, just two weeks after a Republican National Convention that tried to focus on party unity, the Trump-driven rifts inside the GOP appear to be intensifying.

On Tuesday, retiring New York Rep. Richard Hanna became the first Republican member of Congress to say he will vote for Democrat Hillary Clinton in November instead of Trump.

“He is unfit to serve our party and cannot lead this country,” Hanna wrote in a column published in The Post-Standard newspaper of Syracuse, New York. “He is unrepentant in all things.”

“As someone who has worked to further the Republican Party’s principles for the last 15 years, I believe that we are at a moment where silence isn’t an option,” former Christie senior aide Maria Comella told CNN.

They join dozens of high-profile GOP leaders who have previously said they would not vote for Trump, including the party’s 2012 nominee, Mitt Romney, and former Florida Gov. Jeb Bush.

A day earlier, Sally Bradshaw, an architect of the Republican National Committee’s 2013 “Growth and Opportunity” report, said she’s leaving the GOP. While not a household name, her decision to leave the party rocked those who make politics their profession.

Bradshaw was one of the five senior Republican strategists tasked with identifying the party’s shortcomings and recommending ways it could win the White House after its losing 2012 presidential campaign. She said she will vote for the Democratic nominee if the race in her home state of Florida appears close come Election Day.

“Trump has moved in exactly the opposite direction from our recommendations on how to make the party more inclusive,” said Ari Fleischer, who worked with Bradshaw on the GOP’s so-called post-election autopsy and was a senior adviser to President George W. Bush.

Fleischer still supports Trump over Clinton. But Bradshaw and Comella are among a group of top Republican operatives, messengers, national committee members and donors who continue to decry Trump’s tactics, highlighting almost daily – with fewer than 100 days before the election – the fissures created by the billionaire and his takeover of the party.

Veterans and families of fallen soldiers continue to call on Trump to apologize for his treatment of the Khan family, who spoke out against Trump at last week’s Democratic National Convention. Trump said the grieving father had “no right” to criticize him, only later acknowledging their son is a hero.

“If ?realDonaldTrump wants to be the Commander in Chief, he needs to act like one. And that can’t start until he apologizes to the Khans,” Dakota Meyer, one of a handful of living Medal of Honor recipients and former Alaska Gov. Sarah Palin’s son-in-law, wrote Tuesday on Twitter.

Trump invited more tension Tuesday when he told The Washington Post he’s not ready to endorse Ryan in next week’s Republican primary contest against Paul Nehlen, praising the underdog for running “a very good campaign.”

Tensions were already running high between the two high-profile Republicans, who will have to work together closely should Trump win the presidency. Said Ryan’s campaign spokesman Zack Roday, “Neither Speaker Ryan nor anyone on his team has ever asked for Donald Trump’s endorsement. And we are confident in a victory next week regardless.”

In the Post interview, Trump also declined to support the re-election of Arizona Sen. John McCain and New Hampshire Sen. Kelly Ayotte. Both had been among Trump’s harshest critics in the wake of his comments about the Khan family, particular McCain, a former prisoner of war who said Trump did not have “unfettered license to defame those who are the best among us.”

Christie, the New Jersey governor, continues to be one of Trump’s biggest supporters. But Comella, his former aide, said the very survival of the party depends on stopping the celebrity businessman.

“Instead of speaking out against instances of bigotry, racism and inflammatory rhetoric, whether it’s been against women, immigrants or Muslims, we made a calculus that it was better to say nothing at all in the interest of politics and winning elections,” she told CNN. “For me, if our party has a future, we have to change that trajectory and lead by example.”