A hard-fought local campaign on Hamilton's west side could swing either way. 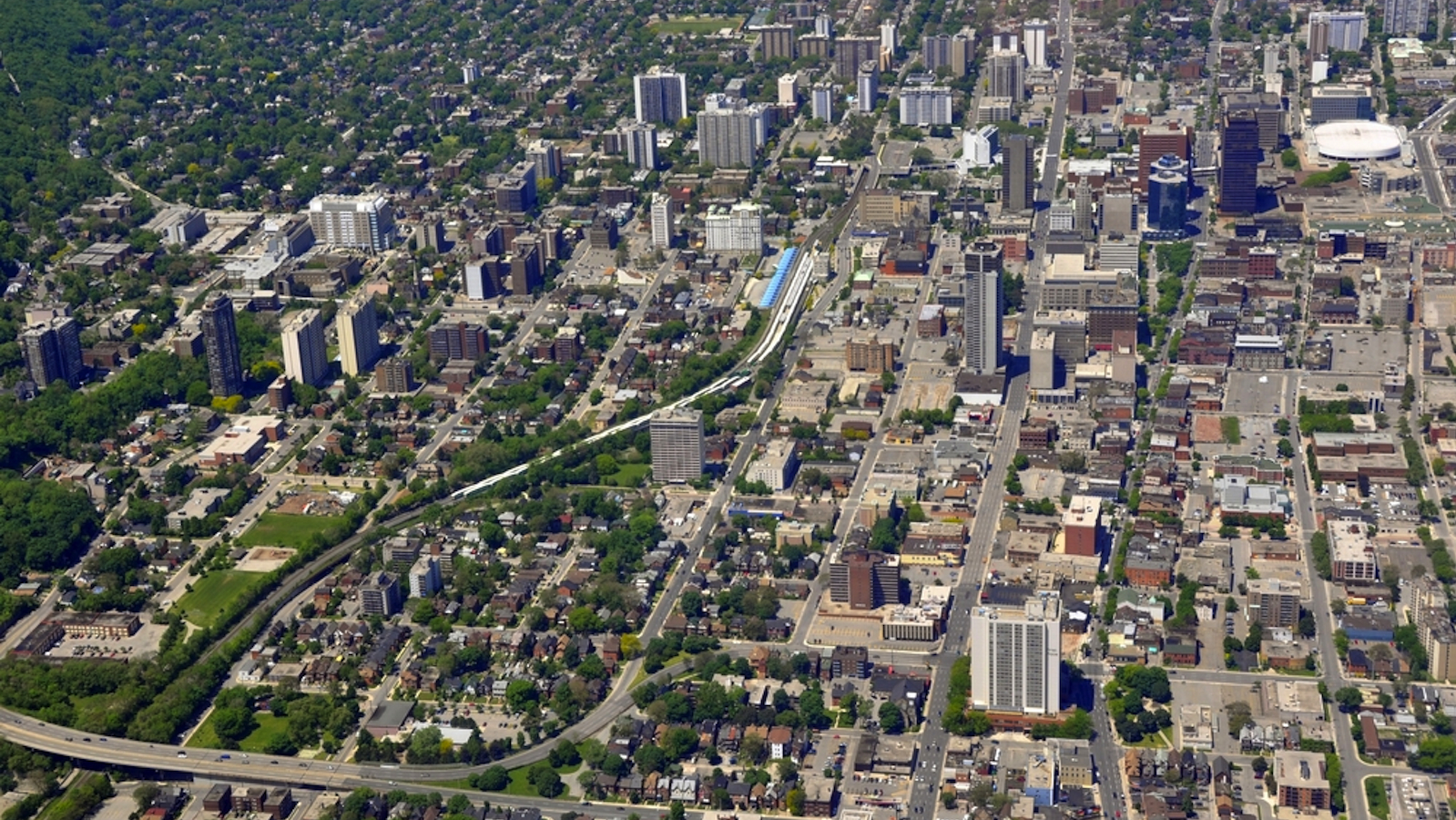 Agnieszka Gibson’s eagerness to speak to Alex Johnstone gave her away. Gibson had a look in her eye when, strolling with her young son along the sidewalk of her Hamilton cul-de-sac, she learned that the local NDP candidate, Johnstone, was door-knocking down the street. Clearly, this was no normal voter. “I have some questions for you,” she said, sounding not entirely unthreatening. Minutes later, as the two chatted in Gibson’s driveway and Maclean’s had a front-row seat as we shadowed Johnstone for an evening on the campaign trail, this voting mom stood out. She was a proudly high-income, longtime Conservative who knew the nitty-gritty of pocketbook issues and openly despised Liberal Leader Justin Trudeau. That’s the predictable part. The surprise? These days, Gibson is considering the NDP.

Gibson doesn’t much like Tom Mulcair, the party leader, but she sees something unseemly in Prime Minister Stephen Harper’s treatment of journalists. “It’s the only time I’ve ever been irked by Mr. Harper, because all in all, I think his credentials to do the job are bang on,” she says. “And I’ve never voted NDP before—ever.”

Perhaps Gibson is an anomaly. But she lives in Hamilton West–Ancaster–Dundas, a brand new riding that sits on the western edge of the megalopolis known as the Golden Horseshoe, which stretches from Oshawa in the east all the way around to Niagara Falls. The new seat fuses three former ridings into a single district, and conventional wisdom based on past results suggests a Tory-NDP fight. That makes Gibson’s decision at the polls crucial, and the race reminds everyone else that it’s not just hotly contested Toronto suburbs that will decide the election.

That three-way campaign under way at breakneck pace in suburban Toronto, a party leaders’ parade of factory visits, airport-hotel rallies and ballroom galas meant to win over millions of swing voters, lavishes attention on the many toss-up ridings that form a ring around Canada’s biggest city. The population of those suburbs has exploded since riding boundaries were last drawn up, and many will send one more person to Ottawa than they did in 2011. But all that attention on the Greater Toronto Area belies another so-called “must-win battleground” in a city that is fiercely proud of not being Toronto.

Every federal party has a recent memory of winning at least a part of Hamilton that, it’s again worth mentioning, is a place that thrives on not being Toronto. Liberals swept the city’s ridings when Jean Chrétien took the province by storm in 1993, a romp that lasted just over a decade. When Liberal fortunes soon declined, it was partly thanks to the NDP’s David Christopherson, a former provincial cabinet minister who left Queen’s Park in 2003 and the next year, claimed downtown Hamilton for his energized New Democrats. Then, in 2006, Christopherson anchored the party’s efforts to wrench another pair of the city’s ridings in the east and south ends—a feat helped by intense Liberal infighting. That same year, Conservative David Sweet booted a Liberal incumbent out of the city’s west-end suburbs. Liberals were shut out, all of a sudden, and their competitors remain stronger than ever in most of the city. But Liberals still remember winning, many of them. And they may thank god for riding redistribution.

Hamilton has grown enough to warrant one of the 15 additional seats Ontario gets to elect on Oct. 19. That growth has come in the west, where a pair of enclaves—Dundas and Ancaster, both amalgamated into Hamilton in 2001—negotiate the Niagara Escarpment, a topographical wonder known locally as the Mountain that leaves a playground of waterfalls in its wake. The Mountain rudely splits the riding into three parts. The old city of Hamilton’s west side, including McMaster University and its army of now-returned students, is distinct from Dundas and Ancaster, a charming pair of former towns steeped in history and anchored by traditional main streets. (Conservative HQ this time around is in Ancaster. The Liberals and New Democrats are on opposite sides of Dundas.) But they all come together to form the region’s extra seat in Parliament.

On paper, the Conservatives are the favourites. The last election’s poll-by-poll results, redistributed into the new boundaries, give the Tories 42 per cent of the vote. Sweet’s old riding comprises the majority of the polls. The NDP places second at 28 per cent, largely on the strength of its solid numbers in the bits of two orange-heavy ridings absorbed into the new district. Liberals finish third, but they won a few polls in Dundas—and also took the vote on and around McMaster University’s campus. Of course, the last election’s results could mean squat. National polls that insist on a three-way race could graft drastic vote shifts onto local races.

Another element of mystery? The lack of an incumbent candidate in Hamilton West–Ancaster–Dundas. Christopherson is defending his Hamilton Centre stronghold and Sweet is running in Flamborough–Glanbrook, another new, largely rural riding that surrounds much of Hamilton. With the two Goliaths named David contesting both of Hamilton West–Ancaster–Dundas’s flanks, their absence in the new riding offers hope to Liberals who, if everything shakes their way, could revive their formerly winning ways and come up the middle.

Everybody’s desire to win means nobody is a paper candidate.

Vincent Samuel, a health care executive and former major in Pakistan’s army, exudes confidence as he talks about canvassing the community. Samuel perfectly reflects much of Ontario’s gradual rejection of Liberals in favour of Conservatives. He immigrated to Canada in 1990 and, same as many new Canadian voters at the time, cast a ballot for the Liberals when he got a chance. A friend had invited him to a few political events, and they were always full of Liberals. “I don’t think I met a Conservative in Hamilton” for many years, he joked to Maclean’s. Eventually, Samuel thought twice about his vote. Turns out he didn’t appreciate former prime minister Paul Martin’s deference to the judiciary on social issues. Samuel met Sweet in 2004, during the three-term MP’s only losing campaign, and was convinced he’d found his new political home. Samuel, a Christian who grew up as a religious minority in Pakistan, admired Harper for creating an Office of Religious Freedom. That sealed it. Eventually, he sought office “to give back,” and his confidence is backed up by a decade’s worth of victory in a wide swath of the riding.

Alex Johnstone is the NDP candidate. As she canvasses the riding, Johnstone tells everyone who answers the door that the area is an NDP priority. Indeed, NDP Leader Tom Mulcair has made two visits nearby this year, and he’d love to add another body to his Hamilton caucus. This isn’t Johnstone’s first run for office. The public school board trustee also ran for the provincial party last year, placing third against Ted McMeekin, the longtime Liberal incumbent. She’s powered by a strong local party machine, even if her leader once goofed up her gender. (Johnstone made headlines earlier this year, when Mulcair referred to her as a man. She gamely deflected the story. “This is why we need more women in politics,” she said at the time.)

The Liberals are putting up Filomena Tassi, a chaplain at Bishop Tonnos Secondary School for two decades and a former Catholic school board trustee. When Christopherson barely survived the province-wide rout of the NDP in 1995, and held his riding by only 690 votes, it was Tassi who came second. Her opponents on the left dismiss her as a social conservative, a trait that might boost her chances in the right-leaning corners of the riding. Tassi personally opposes abortion, and openly so. But she has committed to voting for a woman’s right to choose if she’s elected to the House of Commons. Trudeau publicly defended Tassi’s promise when he was inevitably forced to confront her personal beliefs earlier this year. (When Maclean’s joined Tassi for an evening canvass in Ancaster, she lived up to that pledge when a Conservative supporter questioned Trudeau’s demand for a pro-choice caucus. Asked how she could support Trudeau’s position, Tassi reiterated that she is personally pro-life but acknowledges that women can legally access abortion.)

The candidates proudly steer clear of attacking each other. If national campaigns are on the attack, their local soldiers aren’t having any of it. Nobody’s hunting down embarrassing YouTube videos or tweets. They’re calmly fighting it out in a small corner of the country that could, in a very real sense, decide a close election. No pressure on Agnieszka Gibson and her neighbours.