We need to see more of our border guards in action, not less 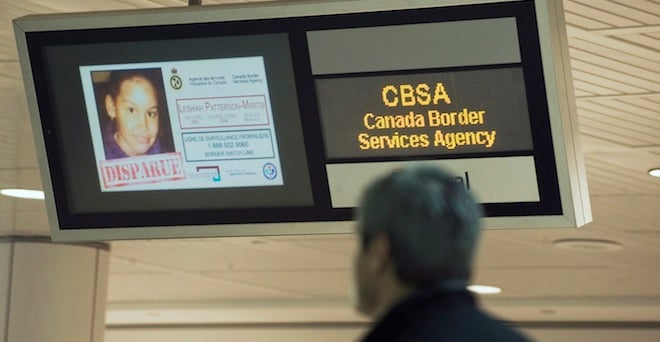 If you’re like me, you don’t see the Canada Border Service Agency’s recent foray into documentary TV as a whole lot more exploitive than, say, this. Or this. Or this.

So why are we suddenly exercised at the idea of camera crews following CBSA officers as they raid construction sites in search of illegal immigrants? Because the suspects might be innocent? Because their alleged transgression doesn’t rise to the level of—I dunno—a guy who tries to play fast and loose with a Money Mart?

The real problem, to my thinking, is how infrequently we get to watch the enforcement arms of the state in action without those agencies filtering the message—and the dust-up over the CBSA deal illustrates the point. To get past the blue-sky planning stage, Force Four Entertainment, the production company behind the project, had to sign an agreement allowing the feds to vet the show to ensure they  won’t portray the border agency in a negative light. Which means the finished product is bound to be a whole lot different than if, say, a crew from the fifth estate went along for the raids.

These bargains for access are increasingly common in TV production, and they speak to a growing tendency within law enforcement to co-operate with media only for purposes of self-promotion. To Serve and Protect set the template: it’s the Canadian knockoff of an American show tailored to aggrandize cops. In short, we get one side of the story.

So before we declare immigration raids off limits to the media, let’s remember the public interest underlying the CBSA’s mission—quaint as that might sound. I, for one, would watch a program that juxtaposed the harsh realities of enforcement work against the human plight of Honduran migrants eking out a life in Canada’s underground economy. I doubt I’m going to get that from the production. So if the Minister of Public Safety wants to do me a favour, he’ll swing open the door to more on-scene coverage of border enforcement teams in action, by a wider variety of media, with a lot less stage management. We might see the flaws and excesses of our duly empowered authorities. We might even see their virtues.

All within the bounds of the law, of course: the potential for children to be among those being filmed is troubling (it’s not like they choose to migrate, legally or illegally). So one expects the same careful editing and pixelating on the part of Force Four we get from To Serve and Protect, where minors are conspicuously absent. A spokeswoman for Force Four says its shows will be vetted by lawyers to ensure privacy rights are not violated.

I know: dream on. Nothing about the deal Vic Toews signed off on suggests an interest in public enlightenment. It’s just a bit of politics—some theatre-of-the-living to fill the air on National Geographic channel, whose venerable brand belies the increasing hollowness of its content.

The scandal is not that we’ll see the CBSA raids on such limited terms. It’s that this is the only way we get to see them.