What America can teach Canada about its broken leadership systems

J.J. McCullough: If there's a fix to Canada's messy system of choosing leaders, it's in the U.S. where party membership is free and open to all 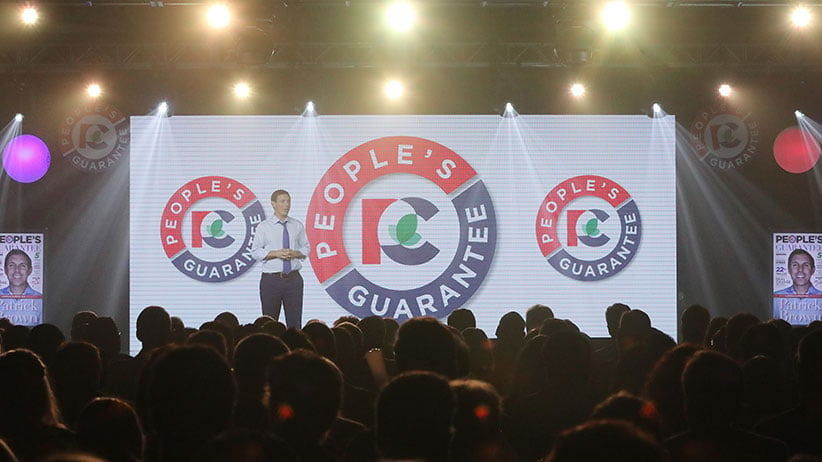 It’s a tragedy that whenever the flaws of Canadian democracy become too egregious to deny, those who offer themselves as experts of “our system” respond with calls to ratchet democracy back even further.

The root of our present woes, these voices lecture, is too much citizen involvement in a system designed to demand deference to politicians. Any effort to include the voting public in anything beyond a once every-four-years, take-it-or-leave-it legislative election between professionalized political parties is cast as an ignorant perversion of “how things are supposed to work.”

Dale Smith recently offered a form of this argument as a means of diagnosing the cause of the current chaos consuming the Progressive Conservative Party of Ontario. It all comes back to letting ordinary people elect party leaders, he says, portraying this nearly century-old custom as a betrayal of “the Westminster parliamentary tradition” of having them chosen by the party’s legislative caucus.

The logic is a throwback to what philosophers once called the “republican” ideal, in which a middle management class of politicians—in this case, MPs, MPPs, MLAs, or any other collection of federal or provincial legislators—are taken to know the polity’s best interests, including who should rule it, better than the vast demos, the people. In the classical parliamentary setup, the leader is only accountable to the caucus and the caucus is accountable to voters, because only the caucus truly understands what sort of skills are required at the highest level, just as only voters understand the skills needed at the level closest to them.

Looking at contemporary Canadian political parties, there’s much to like about this argument. Far from being the most politically versed faction of our society, Canadian party “members” are often little more than warm bodies signed up en-masse by organizers to bloc vote for this or that candidate, then shuffle off once their brief purpose is served.

This nakedly transactional approach inevitably results in machine politics of the worst sort, in which the success of Canadian politicians becomes excessively correlated to their skill at wrangling the easily persuadable, including friends, family members, employees, and other large groups of Canadians inclined to do things collectively, like religious congregations or immigrant enclaves.

The requirement that party members must pay to vote is no less corrupt by design, and many of the recent internal reforms Canadian parties have begrudgingly imposed on themselves, such as banning cash and pre-paid credit cards to buy memberships, expose just what a dirty racket the process has become.

Yet to argue the only cure is to abolish the entire practice of letting ordinary people select their party leaders is to reveal a striking lack of imagination. The options for Canadian democracy are much broader than a binary choice between the elitist practices of the past and the crooked status quo of today. It also ignores one of the most useful international precedents of a viable third way—conveniently located in the country whose political culture most closely resembles our own.

In managing its own party system, the United States embraces conclusions which are the polar opposite of those governing the party system of Canada. And Americans are better off for it.

In Canada, party membership is a purchased privilege that must be continuously renewed, and can be revoked by party elders. This reflects the partisan interest of keeping party membership low, and therefore easily managed. In my home province of British Columbia (population 4.8 million), for example, the new head of the B.C. Liberal party—the man who may soon wind up our next premier—was picked by an electorate of just 30,775, less than one half of one per cent of the total provincial population.

In America, party membership is free, and open to all. Being a Democrat, Republican, Libertarian or whatever is something you simply self-identify and “register” as, and that standing can never be revoked by anyone, no matter what you do or what you believe.

As a result, even in small states, party membership is broad and diverse, and participation in intra-party contests is high. Alabama, for instance, has almost exactly as many people as British Columbia yet over 480,000 voters participated in last year’s contest to select Alabama’s Republican candidate for Senate. That’s not only vastly higher than the number of people who picked the B.C. Liberal Leader, it’s higher than the number of Canadians who picked the federal Liberal leader.

In Canada inter-party elections are entirely self-administered by the party, and usually very opaquely. When anyone is elected to any party position, from federal leader to MPP candidate, information as basic as a simple vote tally is often never released, and the law blindly trusts party bureaucrats to ensure everything from voter eligibility to ballot counting is above board.

In America, by contrast, party elections are administered by the state or local elections board—in other words, they’re run like any other sort of election, and required to conform to all usual electoral laws. This removes the obvious conflict of interest that comes from expecting a party to report accurately and honestly on its own vote irregularities, while ensuring potentially contentious time, place and manner decisions are handled by disinterested overseers.

Such American-style reforms to Canada’s party system could be easily imposed. The lowest-hanging fruit would be to simply empower Elections Canada, or its provincial equivalent, to administer all inter-party elections going forward. Even if the parties retained control over their membership rolls, entrusting a credible public utility to run nomination contests and leadership elections would remove a great deal of the Gangs of New York style shenanigans from our politics, in which phenomena like last-minute voter purges of fraudulent voters have become an accepted part of the game.

Ideally, however, parties should not control their own membership. The American example has proven that even when there are virtually zero barriers to joining, parties still retain their philosophical character and interests through the honest self-selection of informed citizens. If anything, American political parties tend to be far more principled and ideologically coherent than their Canadian counterparts precisely because the politics of ordinary people tends to be more honorable than those of politicians.

If the power to elect a Canadian party leader (or nominate a local candidate) was given to any voter who self-identified as a member of that party, one imagines Canadian politicians would quickly embody a far more accurate, representative sample of the ideas and priorities of the Canadian right and left than they do now, where our political class is increasingly dominated by vacuous and power-hungry ward heelers whose success owes more to converting and micro-targeting narrow slices of the electorate than championing ideas and policy.

The “let caucus decide” solution is no lasting fix to any of this, and simply revives the problems of the past. Handing politicians exclusive authority to pick party leaders is a recipe for rule by an out-of-touch oligarchy, as it strips ordinary citizens of their power to hold government’s most important figures directly accountable for their most consequential decisions.

Even general elections lose importance in such a system—voters can cast a ballot for a party on the assumption that they’ll be helping elect that party’s boss as premier or PM, but if caucus is free to swap in a new boss whenever they choose, then any practical control is severed.

Proponents may respond, “well in a parliamentary system we don’t elect a head of government, we elect a legislature.” But given the enormous amount of unilateral power the executive branch of government has under Canada’s constitution, it is hardly irrational for citizens on the receiving end of these powers to demand a say.

Canadians today are vastly better informed about politics and government than they were when our political parties first emerged. Our political system and culture has modernized to reflect that reality, but there is still work to be done.

It is entirely within reach for Canada to have a party system that makes the interests of politics subordinate to public needs rather than the other way around. The flawed democratic practices of the present must not be used to rationalize an even less democratic future.