What do we know about Doug Ford?

Though he has been ubiquitous at his brother's side, the now-mayoral candidate is something of an angry cipher 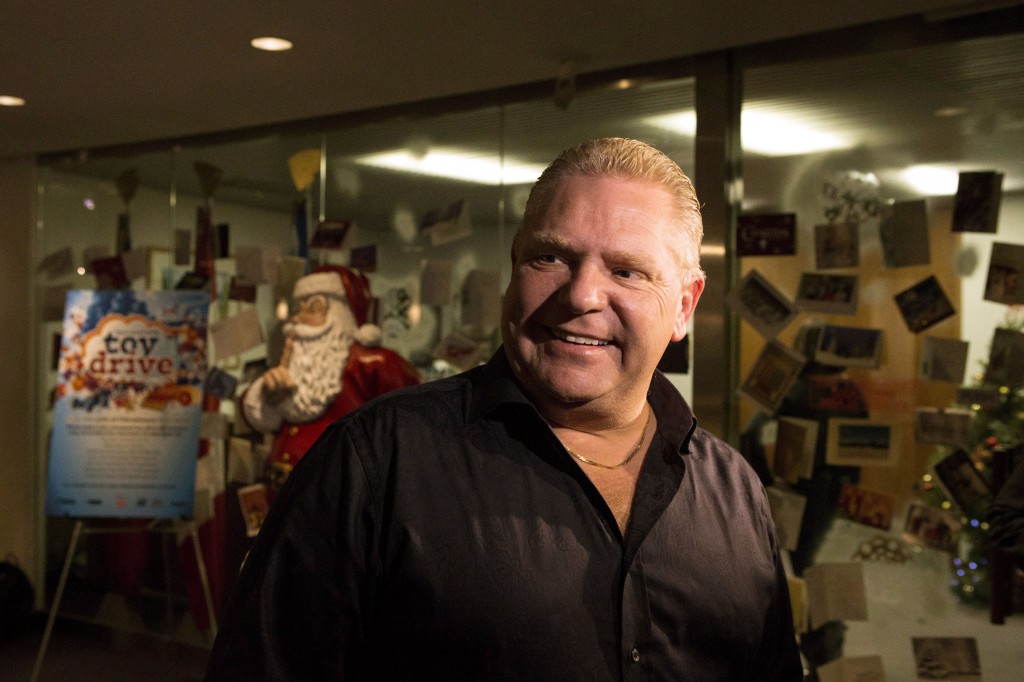 Toronto, it seems, is going to take part in a Ford trade-in program. Among close city watchers, Doug Ford—now taking his brother’s place in the mayoral race—has been nearly as ubiquitous as Rob as both the Ward 2 councillor and his younger brother’s campaign manager. But to the wider public, he remains something of a cipher. He’s going to have to change that if he truly believes he has a shot at winning the mayoralty in just a month and a half. Here’s what we know about Rob’s older brother:

1. He was one of the most powerful members of city council.

That’s likely a product of being the mayor’s older brother and right-hand man—some might even say puppetmaster, given his propensity of doubling as his media handler, spokesman and closest confidant even before becoming campaign manager. But the elder Ford set out a number of ambitious plans when he wasn’t busy naysaying votes that were near-unanimous—from earning plum assignments on the city’s most crucial committees (the Canadian National Exhibition, the budget committee, the civic appointments committee, and Build Toronto, which develops and sells city land) and leading the charge on a doomed and controversial waterfront redevelopment (complete with plans for the world’s largest Ferris wheel and, against all odds, a monorail). That’s particularly remarkable given that he is a first-term councillor, sweeping unsurprisingly to power in 2010 when he ran for Ward 2, which Rob had held for a decade prior, besting his closest opponent by 58 percentage points. But his term has largely been marked by putting out fires—or creating new ones—rather than any meaningful policy.

Indeed, so powerful was Doug that when his brother became the chair whenever council chairwoman Frances Nunziata had a motion on the floor, he would amble over and claim the mayor’s chair—eerily apropos, given the circumstances. And his closeness to his brother made it all the more shocking that, when Rob admitted to reporters that he had done crack “in one of his drunken stupors,” Doug was in the middle of giving a talk to Ryerson journalism students.

2. He was as prone to Ford-style gaffes, too.

While he was perceived as the wilier of the two, Doug is prone to Rob-like gaffes himself. In the wake of his brother’s admission to using crack cocaine — when he was make efforts to reach out only to American broadcasters like NBC and CNN as Canadian journalists sat outside — one interview caught a glimpse of a bottle of Grey Goose vodka under his desk. And when he went to war against, curiously, an Etobicoke home for autistic children that he claimed “ruined the community,” he earned a lot of flak for telling the father of an autistic child who had filed an integrity complaint to “go to hell,” saying that he was part of a “jihad” against his family.

3. He was an active antagonist.

Whether it was with fellow city councillors, ignoring the pleas from chairwoman Nunziata to be quiet—a woman oft-criticized for being soft on the Fords—or picking actual fights with “labour union lefties” in the council crowds, Ford is not known for backing down from a fight. Well, okay, maybe one: he may have bit off more than he could chew when he claimed that police Chief Bill Blair was targeting the Fords as political payback, backing down with a classic non-apology apology (“I’m entitled to my opinion”) when Blair smacked him with a defamation lawsuit.

4. He has his own questionable past.

Hot on the heels of the Star‘s investigation into the mayor, the Globe and Mail produced their own, finding criminal elements all around the mayor—including his siblings. The article claimed that Doug was a known hashish supplier in the community. Unsurprisingly, Doug called the claims a “complete fabrication,” but when the Globe said that it would be happy to go to court over the allegations, the rage appeared to subside.

5. His political career may have been the biggest victim of Rob Ford’s crack scandal.

While much was made about Rob’s claim last year that he would one day be prime minister, it was the machinating Doug who many saw as being much more politically ambitious, dreaming of sitting as a Progressive Conservative MPP in Queen’s Park like his father, Doug Sr. There was even, for a brief time after Tim Hudak lost in 2011, talk and polling about replacing the now-deposed PC leader with Doug. But while Rob’s crack scandal has brought him untold celebrity, Doug’s political career suffered; there were reports that when Rob finally went to rehab after photos surfaced of him using crack again, there was snickering and distancing in the backbenches at Queen’s Park from a party looking to distance itself from the circus. While Doug promised that he would still one day run in provincial politics, he said that the “timing” was not right. Who knows how a mayoral effort will affect that timeline.