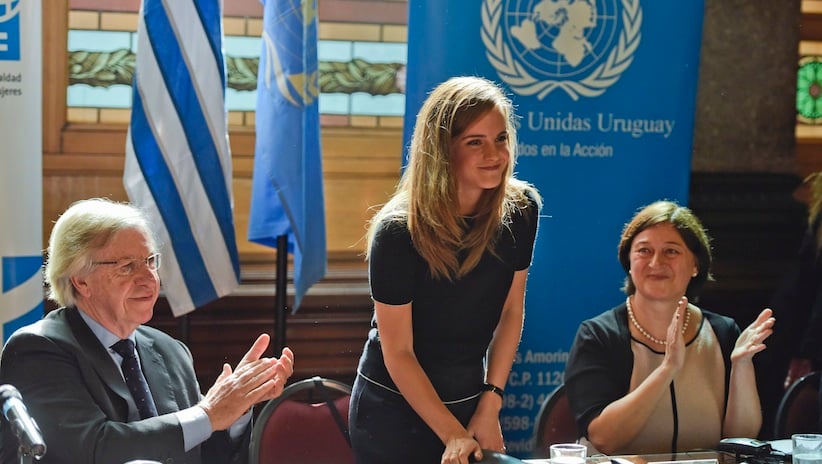 Anyone who doesn’t know what “mansplaining” is will receive a helpful lesson reading Maclean’s contributor Scott Gilmore’s recent column on how women can increase their unequal representation in the political arena. Gilmore’s motive here appears unassailable: “The surest way to improve the quality of the political talent pool is to tap into the 50 per cent of our population who have traditionally been excluded,” he writes. Yet the problem isn’t that women have been “excluded” from politics, per se; saying so ignores the accomplishments of thousands of elected female politicians in this country—among them, the first female MP, Agnes Macphail, elected in 1921, eight years before women were even considered “persons” under Canadian law.

The real issue is more subtle: Women are not “included,” a fact Gilmore alludes to when he says the reasons women don’t run for office are “complex and pervasive” and that there’s “implicit and explicit sexism in society, in the political parties, on the campaign trail, and within our elected bodies, and that present real obstacles.” It’s a point destined to resonate in a month in which we’ve seen broken, sexist systems exposed—everywhere from Parliament Hill to within our national broadcaster. Gilmore instructs women to solve the systemic inequity “by stepping up.” To this end, he shares tips that have always worked for men, none of them exactly state secrets: Build networks; raise money; find confidence; make time. Women also need “to support other women.”

While it’s tempting to respond with an eye-roll, Gilmore has a point. As they say in lotto-ticket ads, “If you don’t play, you can’t win.” But there’s also a glaring void in his argument: the other 50 per cent of the population who are not women. As the thoughtful discussion his column has elicited (two good examples, here and here) points out, systems are created by people, most often, male people. And the fact these men don’t share power with women isn’t by design as much as reflex:  “When business decisions are made over poker games, on the golf course, or by the old boys’ club, most women get shut out,” Jordan Owens wrote in her blog post this weekend.

Gilmore himself offered insight into the workings of the old boys’-club mentality in a column last month, in which he boasted of belonging to it without apparent irony: “I am an unapologetic member in good standing of the old boys’ club,” he wrote. He raised the point explaining why he would no longer  appear on “expert” panels that don’t include women after a woman questioned the composition of an all-male panel he was sitting on and nobody could answer. The decision wasn’t ideological, he wrote: “I am not a feminist.”  He grew up in the ’70s, he explained—“believing that Jill was just as likely as Jack to become an astronaut.” At university, women outnumbered men; he is now surrounded by accomplished women professionally. He sees no problem: “The politics of tokenism does nothing for me, and I have little time for those who claim they lack opportunity.”

Yet the fact someone raised in the ’70s boasts of belonging to the “old boy’s club”—a hoary term for the still-exant network of well-connected men, usually white, who assert their continuing power and privilege to the exclusion of women and minorities—suggests a big problem exists. It’s one heightened by the fact that many of these men, unlike the old boys’ club of yore, support female equality; they see themselves as enlightened as they bond on golf course, in sky boxes, in Silicon Valley boardrooms and political caucuses. So the fact that gender imbalances still exist is perplexing—and certainly not their fault.

Gilmore offered insight into the new old boys’ club’s attitudes when he mocked 24-year-old actress Emma Watson, a UN goodwill ambassador who’d garnered headlines for giving a speech at the UN promoting female equality: “When Vanity Fair breathlessly announces that Emma Watson has just given a game-changing speech on women’s rights, I roll my eyes and turn the page,” Gilmore wrote, adding: “I don’t have much to learn about equality from an undergrad with a talent for playing make-believe.”

But such cavalier dismissal of a young, accomplished woman trying to make a difference reveals the very sort of invisible barriers Gilmore is now telling women to leap over with a single bound. Watson, who grew up decades after the “enlightened” 1970s of Gilmore’s youth, spoke to the UN of growing up in privilege but still facing sexism—she was forced to evaluate “gender-based assumptions” at age eight when she was called “bossy” for organizing plays, and later sexualized by the media as a young actress barely in her teens. Sadly, before the UN, she felt compelled to define “feminism”  in a culture that has come to conflate—and dismiss—it as the rantings of “man-hating,” aggressive, unfeminine women. The actual meaning is simpler, Watson told the assembly: Feminism is the “belief that men and women should have equal rights and opportunities. It is the theory of the political, economic and social equality of the sexes.”

The purpose of Watson’s speech was to launch HeForShe, an initiative that calls for men to join the fight for gender equality. This can’t be achieved unless men and women work together—both in developed and developing countries, Watson said: “Men: I would like to take this opportunity to extend your formal invitation. Gender equality is your issue, too.” It’s too bad Gilmore was so quick to belittle her. Had he listened, he might have learned something.