What is the recipe for a successful nation?

Critical to the success of both people and their nations are the values they adopt, says Piers Steel 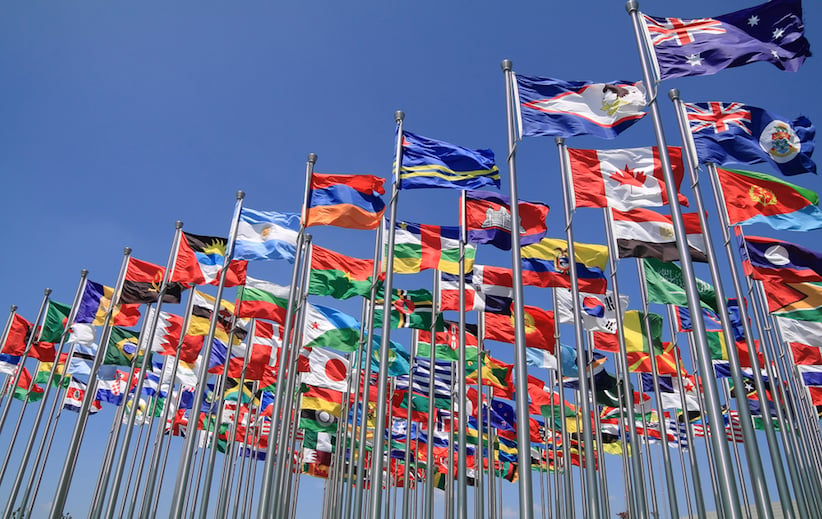 When you think of the ideal version of your nation, it likely reflects your own values. We vote in accordance with our values and live our own lives according to them as well.

Critical to the success of both people and their nations are the values they adopt. Personal values are central to where people end up in life. Values influence actions and these subsequent actions help determine life’s outcomes, both in terms of happiness and financial success.

Those who value friendship over work, for example, experience a different world than their more diligent counterparts. And as it is true for you, so is it true for your country.

At the national level, cultural values influence what institutions are formed and how they perform. It is difficult to maintain a democracy if the underlying values necessary to sustain it aren’t respected in the first place.

However, and here’s the twist, the values that shape personal success aren’t always the same as those that govern national success. Sometimes called “the social dilemma,” what is best associated with success for ourselves can be disastrous for the nation. So what is the value recipe for success?

We answered this question in our recent article “The Happy Culture: A Theoretical, Meta-Analytic and Empirical Review of the Relationship Between Culture and Wealth and Subjective Well-Being.” Among one of the largest studies ever conducted, spanning over 40 years of data for both individuals and countries, we establish what values predict both a good life and a thriving nation.

The values we studied were based on the work of the social psychologist, Geert Hofstede, who developed one of the oldest and most established cultural models. The terms used to describe these values were developed during the early 1970s and reflect the times:

Values for a successful life

So what values should you adopt? You probably want to know the ones that make you wealthy and happy. Focusing on wealth alone doesn’t cut it. Values turn out to be more important for predicting happiness than salary, with one sensible exception: Pay satisfaction.

For everything else, the values best associated with a happy and wealthy life were low individualism, low power distance — in other words, a lack of authoritarianism in your life — and low uncertainty avoidance.

Masculinity had a mixed effect. While the ability to plan for the future can be universally recommended, that “need for achievement” component comes at quite a cost. Those who score higher on masculinity make more money but also tend to be unhappier, despite the higher pay. By the way, this isn’t a new observation. Economist Adam Smith wrote about it more than 250 years ago.

We also looked at an element related to masculinity called gender inegalitarianism, which is typically studied in terms of how it adversely affects women — it’s similar to what we’re learning amid the ongoing Harvey Weinstein scandal. It is notable that chauvinism typically doesn’t benefit chauvinists themselves. It is among the best indicators of an unhappy life. Everyone would be better off with less of it.

Values for a successful nation

Moving on, we repeated our research strategy with 48 countries or regions, from Australia to Vietnam. Drawing on four decades of cultural indices as well as national well-being, corruption and GDP-per-capita data, we replicated some of our previous individual level relationships, but found them to be significantly stronger at the national level.

Repeatedly, values were key predictors of a successful nation but often in contradiction to popular or anecdotal advice. In stark contrast to the economic historian Niall Ferguson’s widely promoted killer cultural apps aimed at achieving prosperity, promoting the need for achievement as well as materialism, values associated with masculinity, is terrible for a nation, both in terms of happiness and wealth. Worse advice than Ferguson’s has rarely been given.

Hoping for a strong man? Expect the worst

A much better case can be made for promoting co-operation, trade and reciprocal altruism, all associated with more feminine cultures. High power distance and high uncertainty avoidance were excellent predictors of an incompetent or corrupt government that showed toxic trickle-down effects on the wealth and happiness of the population.

This constellation of values often manifests when people look for an authority or “strong man” to solve national problems, fear the outsider (especially immigrants) and have an over-reliance on prison and punishment as well as a willingness to trade liberty for security. A nation or two that is turning in this direction might pop into your mind right now. If so, expect even worse to come.

For the most part, the set of values that prove detrimental to individual success are the same for the nation, with one exception.

Individualism switches outcomes. While often negatively associated with a person’s individual well-being, nations that promote individual liberty and the freedom to follow one’s own path are indeed happiest, especially if these nations are wealthy.

Apparently, if emphasizing personal fulfilment, it is best to have the financial means to fulfil.

All of this can be considered a wake-up call.

Both economics and political science typically operate from the assumption that cultural values are irrelevant to the functioning of a nation.

With the steady rise of illiberal and dysfunctional democracies, we are learning that values do play a role, a lesson that increases in costs the slower we are to absorb it. In order to perform, our nation’s institutions need people with supporting underlying values that are considered important to the population.

Aside from regarding dangerously high levels of inequality as being desirable (high power distance, for example), fear is particularly poisonous to a nation (high uncertainty avoidance).

Unfortunately, fear is also particularly effective at maintaining a viewing audience, spurring all forms of media to emphasize, distort or even manufacture stories of threat. Disentangling the promotion of cultural toxins from the more beneficial roles of the Fourth Estate appears to be the challenge of our time.

Piers Steel, Professor of Psychology and Business, University of Calgary