What Justin Trudeau had to say at the NATO summit

At an unscripted question-and-answer session, the PM opened up on his view of Canada in the world, from defence spending to populist nationalism 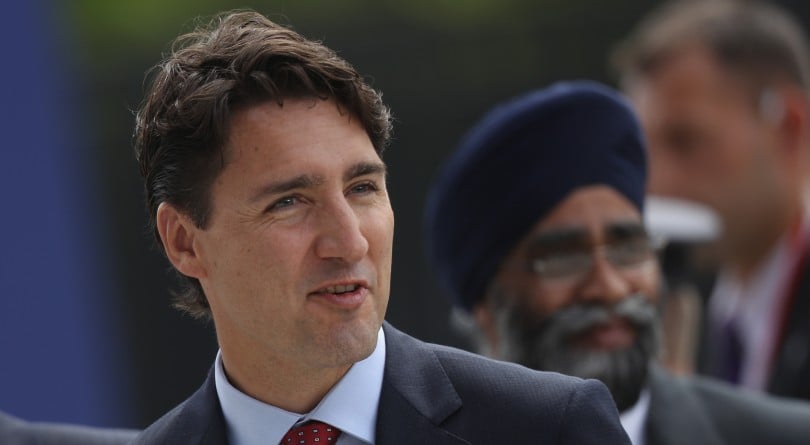 At a moderated discussion held on the sidelines of the NATO summit in Brussels today, Prime Minister Justin Trudeau fielded questions on a wide range of issues related to Canada’s membership in the defence alliance—from the level of Canadian military spending, to how the European Union complements NATO, to his expectation of future migrations of people fleeing hardship.

These are edited highlights of Trudeau’s remarks at the event, where Foreign Minister Chrystia Freeland and Defence Minister Harjit Sajjan also participated.

On why NATO is still vital to Canada’s security and how he sees the alliance, forged in the Cold War, evolving.

Trudeau: “Canada knows that a peaceful world, a more resilient world, a more democratic world, is good for Canada, and it’s good for all of us, and that’s why we believe so deeply in NATO.  That’s why we stand so strongly with the trans-Atlantic alliance, and we’ll continue to step up everywhere we can.  We have been in every mission, not because of any other reason than we believe deeply in the values that we’re putting forward, and we know that NATO is as necessary now as it was in the height of the Cold War.  It’s as necessary now to promote the peace, security and strength of our true democracies and those democratic principles, which are under threat everywhere around the world, it seems.”

On Canada falling short of the NATO target of spending 2 per cent of GDP on defence, a big issue for U.S. President Donald Trump.

READ MORE: Trump trashing NATO isn’t important—what the alliance does next is

But also, it comes to commitments, and ability, and a consistency in being there and stepping up regularly in tangible ways… I mean, you can try and be a bean counter and look at exactly how much this and how much money that, but the fundamental question is, is what you’re doing actually making a difference?”

On immigration and diversity as a foundation of Canadian foreign policy.

Trudeau: “We have learned from people who come to Canada [from] everywhere around the world, whether it’s Afghan refugees, whether it’s Syrian refugees recently, or whether it’s some of the previous generations of people fleeing from Uganda in the Idi Amin years, the boat people from Vietnam, or the wave of migrations we got in the post-World War II years from Europe, we understand tangibly how things could be worse and where things have been bad around the world.

And being able to remember that, or reflect on how we can do better, how we can create a society that is based around values and not identity, based around principles and rights, and opportunity, real and fair chances for everyone to succeed— those kinds of principles, I think, are going to be extraordinarily important in the 21st century as we get flows of migrations of people looking for better lives, people fleeing resource depletion, environmental calamities and conflicts.”

On the challenge to the NATO model of peace and security coming from rising populism and nationalism.

Trudeau: “It’s under tension from people who are anxious about where their paycheque is going to come from, where their kids’ jobs are going to come from. And our responsibility is not to enhance or exaggerate or profit from those anxieties out there. Our responsibility is to allay those fears, to tell people, look, we have faced down massive challenges as a world in the past, and we did it by coming together and standing side-by-side for what we knew was right.

We can again, and we need to again do that, recognize that the rise of populism, of aggressive nationalism, of polarization in our public discourse in Canada and elsewhere around the world, needs to be responded to with strong, confident, positive, rational messages about how we can solve these challenges together. And there is no better example of that than the extraordinary success that NATO has had over the past almost 70 years, and indeed, will continue to have in a way that is more relevant today than it ever has been before.”