What the British do to their political leaders 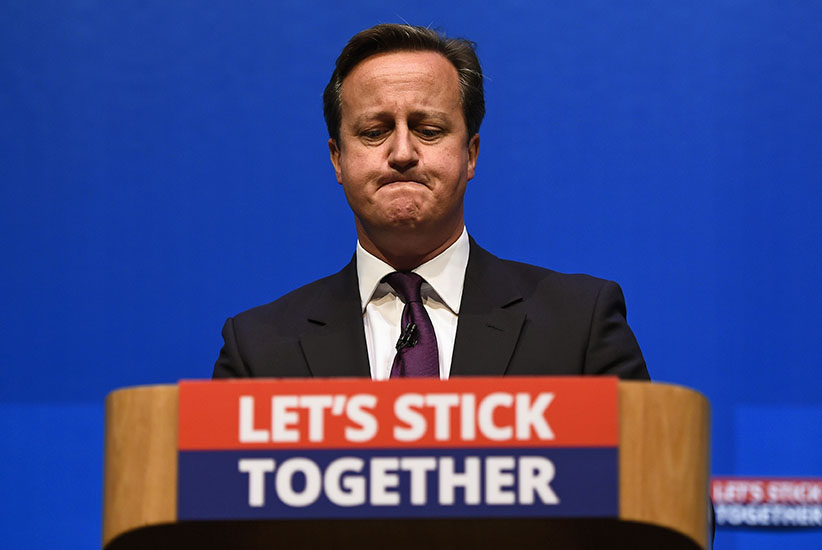 At the risk of seeming to idealize the United Kingdom’s political culture, I’m going to again point to something the Brits do as a decent example of what we should be doing here.

It’s a long video in its entirety, but take some time this weekend to watch parts of it.

One after the other, Cameron and Miliband were made to sit and be berated by Jeremy Paxman and take questions from a studio audience. Each leader was on stage and under scrutiny for 40 minutes on live television in primetime, made to sit or stand there and respond to whatever was put to them in a rather undeferential atmosphere.

We could haggle over the details and execution and I can’t claim to know enough about British politics to comment with any authority on the quality of the questions or answers, but I still think I’d pay to see Mr. Harper, Mr. Mulcair, Mr. Trudeau and Ms. May put through something like this.

Earlier this month, when it became clear that David Cameron was intent on avoiding multiple debates, the Guardian‘s political editor, Patrick Wintour, considered the wider significance of the prime minister avoiding scrutiny.

There is a broader and important point about the accountability of politicians. Tony Blair, ever the showman, held monthly press conferences in an attempt to explain himself. Sometimes, if the timing was right, these events were a very difficult hour for the prime minister. Gordon Brown broadly continued the tradition. Cameron abolished them. He remains available for the occasional newspaper interview with a friendly proprietor and, at conference time, finds time for a 20-minute breakfast inquisition. But his favourite forum is Good Morning Britain, a revealing discussion with a woman’s magazine about his cooking prowess or three questions on regional radio interspersed with a Barry Manilow song …

By comparison, in the ’80s and ’90s most political parties would begin their day’s campaign with a 45-minute press conference. Most newspapers and broadcasters got to pose questions for a party spokesman and the party election chairman. Lord Patten, the Tory chairman, would occasionally cut off an overeager inquisitor, saying this was a press conference not a Socratic debate. Thereafter the party leader would undergo lengthy interviews with expert interrogators, as well as phone-ins, regional radio and newspaper interviews. British leaders are now protected, sanitised and risk-averse, which is why figures like Nigel Farage, Boris Johnson and Kenneth Clarke have followings that transcend their parties.

That sounds familiar—the bubble within which the modern politician is allowed to exist.

It’s what made Julian Fantino’s run-in with a group of veterans such a remarkable thing. And it’s why we should be seeking every possible opportunity to test our politicians with questions and debate.