What will happen when Jason Kenney's dissidents—and even some fans!—spend a weekend together

Not everyone in the Alberta premier's party wants him gone, but believing he'll hang onto the leadership and win another election requires some magical thinking 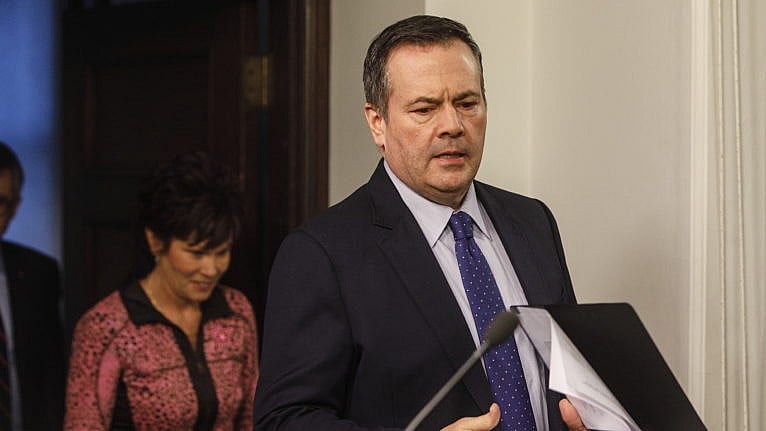 Folks were quick to draw comparisons when now-former Conservative Senator Denise Batters publicly declared her petition to depose Erin O’Toole as party leader. Why, it’s open dissent in the ranks, just like the United Conservative Party unrest plaguing Jason Kenney! If you couldn’t see me flailing my hands in disagreement from Calgary, rest of Canada, let me shoot down this for-now facile comparison. For one, the internal strife Kenney faces runs much deeper, broader and has lingered for nearly a year now (about as long as his governing crew has trailed the NDP in Alberta polls).

The bigger difference, though, is that O’Toole has lieutenants leaping to his side. Melissa Lantsman’s “hard no.” Michelle Rempel Garner saying the “Liberals are popping Champagne.” Bob Zimmer: “an unnecessary distraction.” In his many months of turmoil, Kenney has had precious few cheerleaders, though the rural backbencher who called him “the leader God raised up for these times” now has business cards that call him “Minister.”

READ: Jason Kenney is sinking. How it all went wrong for him.

So when United Conservatives hold their annual convention this weekend at a casino hotel on Tsuu T’ina Nation, the novel utterances won’t be coming from Kenney’s detractors,  like the 20-some constituency associations that demanded a fast-tracked leadership review, or the latest caucus member to publicly air grievances. Like the mating call of a strutting sage grouse, rare sounds will be heard in this Alberta habitat: calls in defence of Jason Kenney. A minister’s warble; a lobbyist’s crow; a campus keener’s chirp; a pamphleteer’s… cuckoo?

How full-throated these trills will be, or how ritualistic they will sound, are open questions. If genuine Kenney loyalists exist, after this many disastrously managed COVID waves and a tanker-load of other problems, now is certainly their time to speak out. We’ll hear from the many UCPers who want Kenney to quit as leader, pronto; perhaps new voices from caucus will join  that chorus, giving the party and public  a truer picture of whether that crowd is pervasive or, as the premier insists, just a disillusioned minority.

More important, though, will be the ones in the middle of the United Conservative base—those who believed in Kenney when he descended from federal Parliament to run Rachel Notley’s NDP out of office, but have found him disappointing as premier. These members are either pragmatically quiet about wanting him gone, or are anxiously hoping he’ll change his ways and become that leader they thought he would be.

Jack Redekop finds himself in that camp, somewhat to his surprise. He’d been a firm Kenneyite before—for a while, he was president of Kenney’s federal Conservative riding association in Calgary, and was an early backer on his provincial leadership bid. This week, Redekop was among the 22 UCP riding presidents who publicly demanded the leadership review now scheduled for next April—a date already advanced once due to internal pressure—be held by March at the latest. The riding presidents also want the vote to be made an all-members, grassroots referendum, not simply an AGM vote among delegates who trek to an Edmonton hotel and shell out convention fees. Those 22 constituencies amount to one-quarter of Alberta ridings, the threshold requiring their wishes be carried out, under rules drafted when Kenney helped birth the United Conservatives in 2017. Now that this grassroots-friendly rule isn’t so friendly to the leader, a party staffer will try during the convention to raise that threshold. To Redekop, that’s the sort of top-down crap that got Kenney into this trouble. “They screw around with this and the party’s dead,” Redekop tells Maclean’s in an interview.

But Redekop doesn’t want others to call him a dissident. Some of the constituency leaders surely want Kenney’s head, many of them rural opponents to COVID restrictions and the vaccine-passport system Alberta eventually imposed. But Redekop counts among those who still think Kenney can regain Albertans’ trust, and even victory in the 2023 election. He can, that is, if he comes out at this convention as contrite for having fallen short on his “grassroots guarantee” to his followers, and seeks to overhaul his approach to governing, with more consultation and listening to United Conservatives and Albertans. “How do you develop a team and a caucus that totally does a 180 in whatever their departments are, [that] becomes completely consultative before they bring in legislation?” he says. “He has to surround himself with a group, ministers and caucus that are totally responsive to listening to Albertans and what they’re saying. Jason has to give very specific direction, and some of those ministers probably need to be changed.”

That’s a mighty big ask, especially of a premier who tends to be stubbornly confident in the rightness of his decisions. Change up his staff, his cabinet and the way he’s led Alberta for the last 2½ years. Yet Redekop believes it’s more simple than it sounds, as long as Kenney remembers and takes seriously the grassroots-y rhetoric that he wooed so many Alberta conservatives with in the first place.

This hope for a radically reinvented Jason Kenney points to one of the premier’s most catastrophic problems in his five years of dabbling in the woolly world of Alberta politics. He got United Conservatives to engage in a tonne of magical thinking. He got his base to believe, among other things, that a wonky referendum on a wonky issue—equalization—would somehow bring the Ottawa Liberals to their knees and rejig federalism in Alberta’s favour. That an inquiry into foreign funding of environmental groups and a well-funded energy war room would humble greenies and give the petro-province an upper hand in the Climate Wars. That by leaning hard on personal responsibility and libertarianism, Alberta could weather the COVID storm and get churning on economic recovery. And that this savvy Ottawa operator under Stephen Harper genuinely wanted to know what Duane and Jane in Two Hills believed should be encoded in legislation, even if that blue pickup truck he toured the province in was an obvious bit of prairie cosplay.

It’s all fizzled—his anti-Ottawa push, his “fight back” antics for the oil patch, his pandemic approach and, in what may ultimately be the fatal self-blow, his proper care and feeding of the grassroots. Now, even as Kenney nears his political deathbed, there are those who believe he can magically become the leader he claimed to be.

Kenney’s leadership will probably survive this weekend’s convention. There’s no measure that can fell him or trigger an immediate review, and his team will no doubt scheme to gain the upper hand over those meddlesome constituencies. People will say mean things about Kenney; others will say pleasant things. But it’s hard to see how he emerges from all of this stronger.