Here's the thing about the Maryam Monsef controversy

The MP's birthplace does not matter. Her mother made a brave choice, sparing her daughters from a brutal and ruthless past 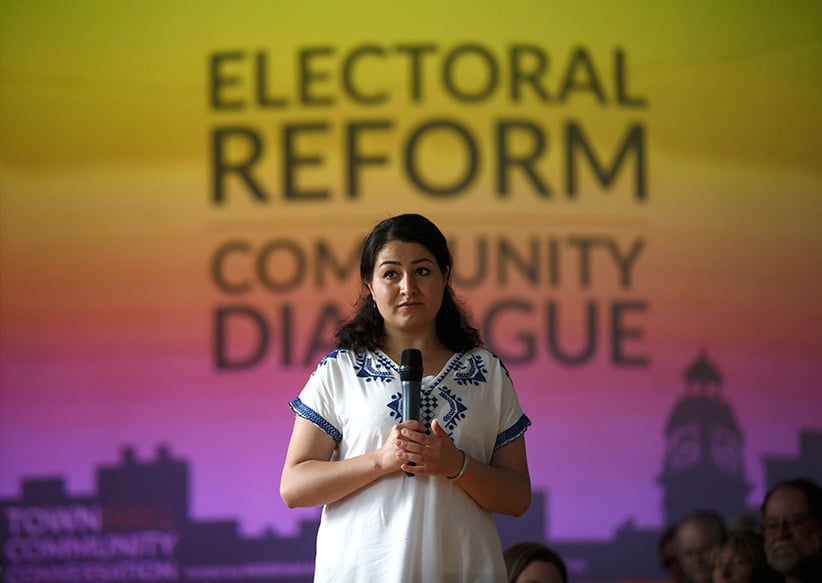 After all the headlines, the chat show uproars, the demands for Maryam Monsef’s suspension from cabinet and a formal investigation, the lurid insinuation that she, the brightest young star in Justin Trudeau’s gender-balanced, ethnically diverse government, is and has been, all along, a fraud—what, exactly, is the result?

From the combined investigative resources expended by several newsrooms and the partisan enthusiasms devoted to Monsef’s undoing in and around her riding of Peterborough–Kawartha, it would appear that a brave young Afghan widow, Soriya Basir, chose to spare her children the gruesome details of her dizzying back-and-forth border crossings and escapes from Taliban savagery and Khomeinist tyranny and war before she finally arrived with them in Canada, as refugees.

This is also why it would appear that Monsef did not know that she happens to have been born in a hospital in Mashhad, Iran, and not across the border in Soriya’s home city of Herat, Afghanistan, as Soriya had always allowed Monsef and her sisters to believe. That is pretty well the sum total of the controversy surrounding the 31-year-old Monsef, the minister for democratic reform.

As her interrogators persist in reminding us, questions do remain, not least: Has Monsef been quietly, knowingly and disingenuously tidying up the tragic complexity of her harrowing childhood all along, in order that her “narrative” be more sympathetically received? But that question invites another, more awkward question: Just how would being born among Iran’s viciously oppressed Afghan refugees at a time of pitiless barbarism somehow diminish the poignancy of the circumstances surrounding Monsef’s childhood and her eventual flourishing on the Canadian federal scene, or make her any less Afghan, or any less a refugee, or any less deserving of sympathetic notice as a refugee success story? 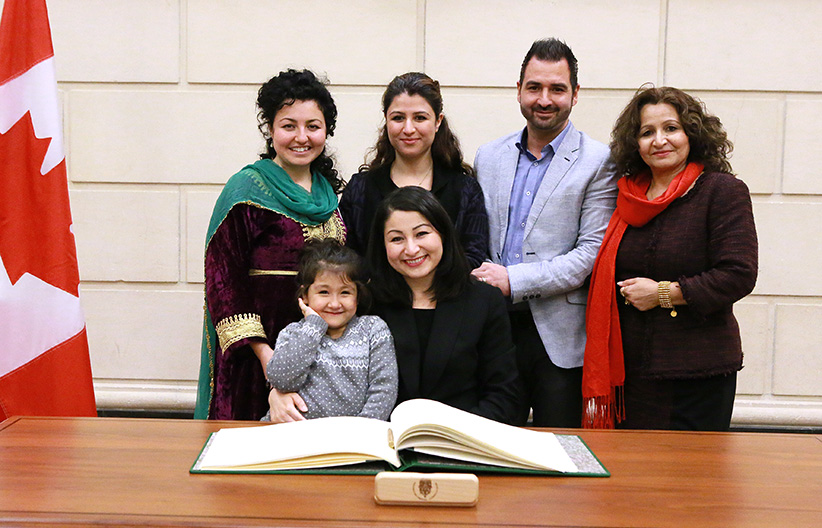 Peterborough Mayor Daryl Bennett claims to remember Monsef once describing herself as a person of “Persian descent,” as though it is merely coincidence that Monsef was running against Bennett for the mayor’s job at the time, and as though it were not true that nearly half of Afghanistan’s population can be described as persons of “Persian descent.” As for the hunt for “falsified affidavits” proposed by former Conservative cabinet minister Tony Clement, who is coincidentally running for his party’s leadership at the moment, Monsef’s birthplace would have had no bearing at all on the refugee-status application her mother filed on her behalf.

Here’s a question that has gone almost completely overlooked. Is it really just a coincidence that this unseemly uproar about Monsef’s birthplace is erupting only now, at a time when she has been saddled with the task of leading the Trudeau government’s faintly comical townhall-and-think-tank initiative to contentiously kick around the idea of replacing the country’s Westminster-style electoral system with some sort of ranked-ballot affair?

Monsef has been positively loquacious, so far, in answering everybody’s questions. The matter of her certainty about her birthplace was put to her by a reporter. She put the question to her mother Soriya, who answered that she and her sisters were Afghans, and she didn’t think their birthplace details were important.

It might help to know that in Afghanistan, citizenship papers and birth certificates and the official registration of births and deaths are the exotica of faraway places. One is born “in the time of the pomegranate harvest” or some such thing, or one’s birthdate is recorded as the first day of the year, if you are even aware of the year you were born. Especially during the terror time—the years of Monsef’s childhood—it was not as though you could pop into a local government registrar to inform the world of a baby’s birth.

During the years of Soriya’s flight across the Iranian border from Herat to Mashhad, and back again, and then by foot and camel and donkey and eventually by plane to Canada via Islamabad and Karachi and Amman, the Afghan-Iranian border was a shooting gallery. Monsef’s father was killed there.

In the year Monsef was born, the ancient Afghan city of Herat was being turned into a crater-pocked battleground pitting ruthless and undisciplined Soviet troops against a motley collection of Afghan insurgents. In Mashhad, the place Monsef was born, Afghan children were routinely abducted by Iran’s Islamic Revolutionary Guards Corps (IRGC) for indoctrination in military seminaries. The Khomeinist regime further preyed upon the Afghans who had been streaming across the border by forcing them to join one of its seven Shia jihadist fronts arrayed against the Soviet-backed government in Kabul.

When Monsef was 10, Herat fell to the Taliban, and the slaughters began anew. From that moment on, there was no hope for Soriya’s daughters. In Herat, women were reduced to the status of cattle. In Mashhad, Afghan women, the lowest of the low in the Khomeinist hierarchy, were no better off. Soriya Basir appears to have decided that her daughters be spared the horrible particulars of that nightmare time, even the circumstances of their father’s death. That is the scandal we’ve all been getting worked up about.

Unless something more salacious comes up, that is the beginning and the end of it.

Terry Glavin is a Canadian journalist and author of Come From the Shadows: The Long and Lonely Struggle For Peace in Afghanistan