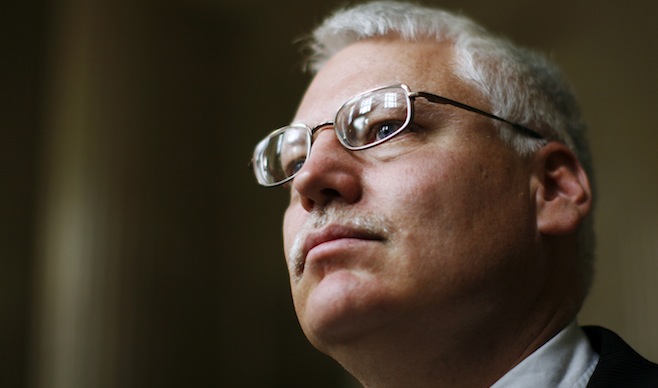 The much-anticipated Whatcott decision has landed, and to some surprise, the Supreme Court of Canada shied from the chance to get human rights commissions out of the business of judging speech.

You can read the decision in its entirety here. In a nutshell, the court struck down a phrase in Saskatchewan’s human rights code banning material that “ridicules, belittles or otherwise affronts the dignity of any person or class of persons,” while upholding the section of prohibiting material that exposes members of identifiable groups to hatred. Those offended can still seek remedy from the province’s human rights commission.

“The protection of vulnerable groups from the harmful effect emanating from hate speech is of such importance as to justify the minimal infringement of expression,” the judges said in their unanimous decision.

Maybe this compromise was inevitable. To get human rights bodies out of the business of supervising speech, the high court would have to overturn its 1990 Taylor decision, which validated the jurisdiction of human rights commissions over speech, and set down a legal test of what constitutes hatred. That’s a lot to ask of any court.

But civil libertarians had hoped the SCC would do just that. Back in ’90, the current Chief Justice, Beverly McLachlin, had written a dissent to Taylor voicing concern that the law could interfere with free expression. She asked pointed questions during the Whatcott hearing about the vagueness of Saskatchewan’s law. There was reason to think she and her bench-mates might make a move.

To me, their decision to stand-pat represents a missed opportunity to erect robust legal protections around a bedrock Canadian value. And yes, my employer has a stake in this. But if we learned anything from the Maclean’s–Ezra Levant human-rights fiascos, it’s that the rights process is too blunt, too one-sided an instrument to deal with such a sensitive issue as speech.

A couple of other thoughts: all eyes should now turn to the provinces that have anti-hate speech provisions in their human rights codes, some of whose leaders have echoed the above-stated qualms. They’ve been sitting on the sidelines to see whether Whatcott would give them the cover needed to do the right thing, and now the onus is on them.

Here’s what Alison Redford told the Rocky Mountain Civil Liberties Association about the relevant section of Alberta’s code when she was running for the provincial PC leadership:

“I want to amend and fine-tune the existing legislation, after consultations with stakeholders, to better define and protect free speech in light of challenges to the statute in recent years. Freedom of expression must be shielded, and Section 3 of the Alberta Human Rights Act should be repealed.”

Over to you, Premier. Need a roadmap?

The decision also reminds me of a conversation I had in the thick of the dispute between Maclean’s and Islamic groups that complained about the writings of Mark Steyn. I was talking to Wayne Sumner, a philosophy professor at the University of Toronto who studies hate speech, and I had raised the operative question: in the Internet era, can we get rid of anti-hate speech provisions in human rights law without giving oxygen to the hard-core hate-mongers, who are undeniably among us?

“The kinds of groups who engage in this sort of nonsense in Canada are so marginal, and regarded as so ridiculous by most people, that it’s hard to see how they have any impact at all. Did the ridiculous things David Ahenakew said in public about Jews running the world actually encourage any acts of anti-Semitism in Canada? Or did we just all laugh at them? So I think there’s a problem with the underlying justification of the law.”

“It’s important that we’re speaking specifically about Canada. If I thought there was an enormous reservoir of prejudice bubbling beneath the surface, just waiting to be released, I would think differently. But I don’t think that’s where multicultural Canada is at. The references to history don’t tell us much about our own situation.”

In other words, Canadian tolerance can stand the stress-test. It’s a bedrock value that—freely expressed—offers a better antidote to hatred than any regulatory body staffed by appointees. Time for governments to give it a vote of confidence.