What's going on at Veterans Affairs?

Seriously though, shouldn't we be able to answer that question? 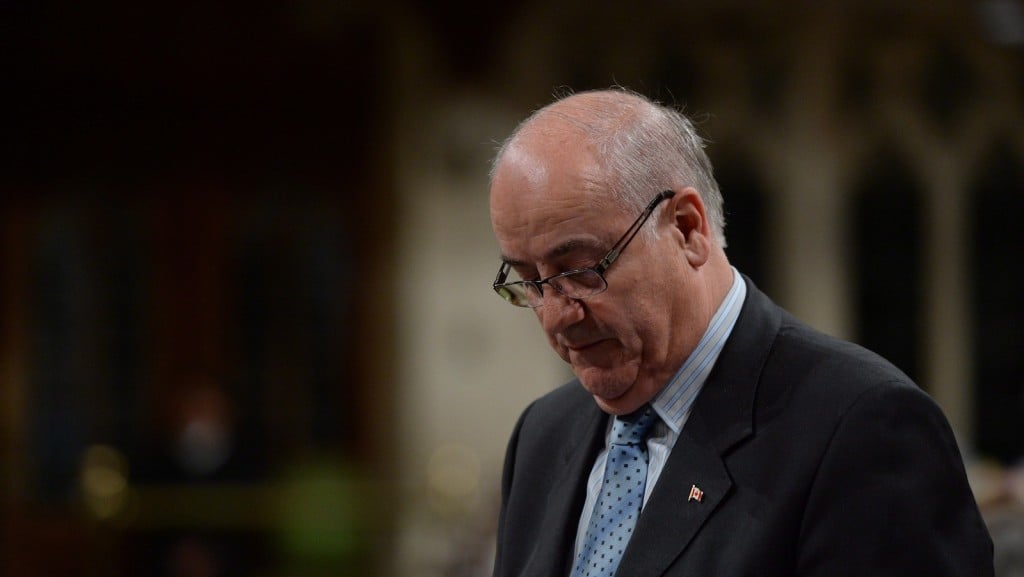 When I was preparing to write this piece, I emailed a few questions to the office of Conservative MP Laurie Hawn, a member of the Veterans Affairs committee.

Does he, as a member of the veterans affairs committee, think he has a good understanding of what positions have been eliminated at Veterans Affairs, what spending has been reduced as a result of the government’s deficit elimination efforts and what the expected impact of those changes will be? If so, on what basis does he have that understanding? If not, shouldn’t he?​

As he pointed out to me: Hawn has only been a member of the committee for the last year. But here are his responses, complete and unedited.

The positions to which you refer were eliminated over a long period of time, since 2008. Even though I have had a lifelong interest in veterans affairs, I have been on the Veterans Affairs committee for slightly more than one year. I do not, nor does any member of any committee, have detailed knowledge of every position in any department. That is not our job and we all have a variety of responsibilities in several areas. We trust the professional bureaucracy of departments to manage their departments through their ministers and deputy ministers. That performance gets reported on and evaluated by appearance at committee, auditor general reports, etc. We do have knowledge of programs and overall direction of departmental affairs, and are free to dig deeper as we see fit. In my case, that knowledge comes from personal interest as a veteran and one who is committed to progress on veterans issues. It also comes from my membership on the cabinet committee that was tasked with deliberating the Deficit Reduction Action Plan. In that process, Veterans Affairs took the smallest cut of any department with the exception of Aboriginal Affairs. As you should know, VAC budgets have continued to increase over the years. Any cutbacks in certain areas at Veterans Affairs were aimed squarely at reducing duplication, reduction of red tape, updating and streamlining administration services; and that’s where the vast majority of cuts were accomplished. All of this was to concentrate to the maximum extent possible on the actual delivery of services and benefits. The opposition will, of course, mislead Canadians for their own political objectives. The media will, of course, willingly participate in anything that can be construed as negative.

The opposition are misrepresenting the numbers, by cherry-picking and refusing to acknowledge the broader picture, even though I’m pretty sure that they’re smart enough to understand it. As has been pointed out in the House, there are admin services in every department within VAC and all have been targets for reduction, where it does not impact service delivery. Do we get all those 100 per cent right? Of course not; but that is not indicative of any intention to neglect our responsibilities to veterans. It is an indication of something that will always be a work in progress. Here are some of the examples of targeted cuts. In the Disability Benefit program, 12 photocopy and processing clerks were reduced when we moved to digitized medical records. In the service delivery branch, re-organization of three regional management centres into one in Montreal reduced hundreds of managers, processing analyst and administrative support clerks. In the Treatment Benefits program (which supports disability benefits and rehab programs), 30 positions were reduced when we streamlined health-related travel claims and eliminated the need to submit individual receipts to the government. In the Disability Benefit, service delivery and rehabilitation areas of the department, we reduced 24 managerial positions by reorganizing the department’s management structure. In the Veterans Independence program, we eliminated the need to submit receipts and went to an up-front payment, saving dozens of positions.

I’m pretty sure that you’ll spin all of this as negative, and I can’t control that. I can only try to be the two things I wanted to be when I started this job – honest and consistent. I have always acknowledged the legitimate challenges on veterans’ issues and have lobbied strongly and consistently for rational progress. I can also only remain disappointed at the state of politics and the media in Canada; and there is blame to go all around.

The first sentence of that third paragraph kind of hurt my feelings. (I kid. I genuinely appreciate Hawn’s response. For the record, I’m just here because I desire a meaningful debate.)

I’m told that Hawn’s information on positions that have been eliminated comes courtesy of Veterans Affairs officials. But Veterans Affairs still has not responded to my request for a full accounting of the staff reductions. (While Julian Fantino continues to claim in the House of Commons that the opposition parties have voted against specific initiatives and investments to assist veterans, his office continues to not respond to my requests to explain the minister’s claims.)

Regardless of whether or not anyone ever responds to me, staffing in a federal department does not seem the sort of thing that Parliament should be haggling over in the abstract. Shouldn’t we have a relatively straightforward basis for debate—an official explanation of which positions were eliminated and why and with what adjustments? Isn’t this what Parliament is for? Does the confusion here not suggest a systemic failure? (When I asked Liberal MP Frank Valeriote, another member of the Veterans Affairs committee, about why MPs haven’t already gotten to the bottom of this issue, he pointed to the limited time allowed for opposition MPs to question the minister at committee hearings. He also pointed, fairly, to the fact that neither the minister nor government officials appeared before the committee this fall to discuss the government’s latest request for funding. The estimates process is already insufficient. To not even bother holding a single hearing is to fail to do the absolute least you could do.)

A union official tells the Globe that the cuts at Veterans Affairs are having an impact and raises the specific issue of the caseloads that staff are carrying.

Mr. Gannon, a former front-line service provider with Veterans Affairs, said the roughly 1,000 job cuts in the department are having a dramatic impact on front-line services for veterans. Case managers should have between 35 and 41 client cases but he said many are dealing with more than 50 individual veterans’ files.

“The veterans themselves are the ones that are suffering,” he said. “We are so short-staffed right now on the front lines that it’s actually kind of disgusting when it really comes down to it.”

The Chronicle-Herald‘s Paul McLeod reported last week that he had inquired about caseloads without receiving a response from the department.

In my flipping through departmental reports earlier this week, I noticed that the department’s 2013-14 report on plans and priorities included a section on the Veterans Affairs workforce that broadly covered potential reductions, but while setting out a target for caseloads.

Along with other government of Canada departments, VAC has completed a strategic operating review, enabling it to realize savings through operational efficiencies. The department will strive to eliminate unnecessary steps and layers of bureaucracy, in order to deliver better and faster service. These reductions, combined with the department’s ongoing transformation, which began in 2010, will be managed through attrition: approximately 1,000 VAC employees (almost a third of its workforce) were or/are eligible to retire between 2010 and 2016. Other strategies will include the internal redeployment of staff resources, and workforce adjustment as necessary.

Notably, there will be no reduction in services to veterans, in particular, the department’s case management services, which provide care and support to the veterans in greatest need. VAC will continue to improve these services, while striving to balance workloads for case managers. The department will maintain a ratio of one case manager for every 40 case managed veterans.

So there is something that should be knowable: how many cases have managers been carrying over the last two years? How often have managers had more than 40 cases at a time? For that matter, is 40 cases per manager a demonstrably good ratio?

The House will adjourn for its winter break this afternoon. It is due to be adjourned for six weeks. And it would be sometime after that the Veterans Affairs committee would conceivably reconvene to pursue the questions about staffing, caseloads and mental health services that have dominated the last two weeks. As a simple measure of democratic governance, that seems rather unsatisfactory, no?