Checking in on our parliamentary cousins 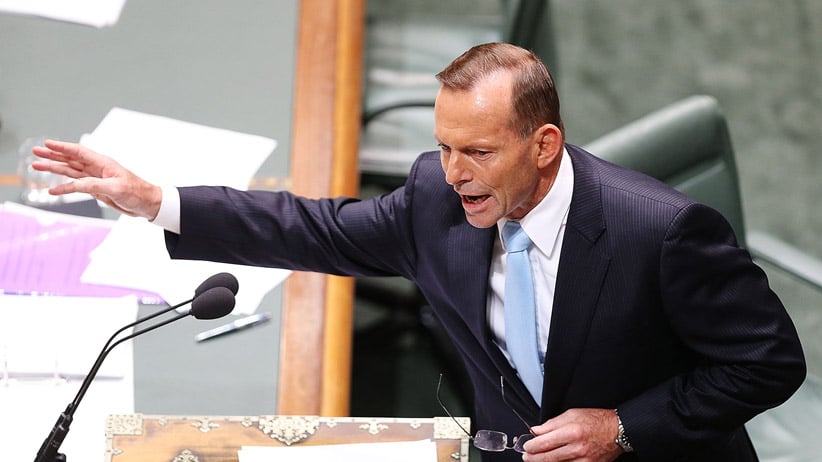 The adventures of Australian Prime Minister Tony Abbott are interesting in their own right, but, as Australia is one of our closer parliamentary cousins, we might take particular interest in their goings-on.

Abbott has narrowly avoided what the Aussies call a “leadership spill“—that is, his caucus held a vote on whether he should remain leader of the party and, by a count of 61 to 39, that caucus decided he should keep his job. For our purposes, this goes to what Michael Chong’s Reform Act puts on the table for federal caucuses.

Indeed, Michael Chong has taken the opportunity to write about Australia, Canada and parliamentary democracy in an op-ed for the Post:

Decades ago, Canadian MPs used to review and remove party leaders, and elect them, as well. That changed. MPs gave up that practice, influenced by the American system where voters elect a party leader and a president. But we made that change without the commensurate checks and balances on power found in the U.S. constitution. The effect was to impose a presidential style of government on a Westminster parliamentary democracy. The result? Almost absolute power for party leaders and little power for elected MPs.

The proof is this: In other Westminster parliaments, when the leader is in question, MPs call on the leader to resign. Many do. In Canada, when the leader is in question, MPs resign. Twelve MPs resigned or were booted from the Canadian Alliance caucus for their opposition to leader Stockwell Day. Two MLAs resigned from caucus in protest of premier Alison Redford’s leadership. Examples abound. Political self-immolation has become the final recourse for MPs in Canada who oppose powerful party leaders—the final act of the powerless.

In its current form, Chong’s bill would formally give each caucus the option of adopting formal rules for the launching of a leadership review. If adopted, written notice signed by at least 20 per cent of caucus would launch a caucus vote on the leader, at which point that leader would be dumped if a majority of caucus voted against him or her.

In the Canadian context, this is complicated by the fact that party leaders are chosen not by the caucus, but by votes of the party’s general membership. In the case of Tony Abbott’s Liberal party, it is the caucus that picks the leader. Indeed, Abbott first won the party leadership in a spill, so the caucus’s right to dump the leader is more straightforward.

But in the wake of Abbott nearly losing his post, two of his supporters are suggesting that the party should raise the threshold for a spill. Similarly, after a series of spills, Kevin Rudd, the winner and victim of previous spills, successfully convinced the Australian Labour party to raise its threshold for a spill, while also opening up the leadership vote to party members.

From afar, this seems a bit like a horse and his friends getting out, then closing the barn door on the rest of the horses, but this also moves Australia closer to the debate we’ve had here about Chong’s bill: On the one hand, there is the “chaos” that might result from shifting power away from the party leader. On the other is the more useful legislature that might result from more powerful MPs. Australia, I dare say, seems to have not yet been ruined by its more spilly culture. Is there any evidence that its recent run of spills has significantly degraded the performance of its government? Is there any correlation between party discipline and societal progress?

Meanwhile, although Abbott has survived, blame is now falling on the prime minister’s office, in particular, Abbott’s chief of staff.

You might also take note of what Tony Abbott told his countrymen after discovering that a mere 39 per cent of his caucus wanted him dumped:

(Note: Kevin Rudd made similar comments when the Labour party changed its rules.)

It’s a defensible principle. Or, at least, it would be, if the system through which Tony Abbott became prime minister involved voters electing a government and a prime minister. But it doesn’t; Australia is a parliamentary democracy like ours. Voters choose a member of the legislature for their particular district, then the members of the legislature determine who is the government.

This is merely the foundational premise of the system of governance. But perhaps, in the heat of political conflict, it is easy to forget. For instance, here, similarly, is Prime Minister Stephen Harper, addressing the nation on the night of Dec. 3, 2008, when a majority of the members of the House of Commons were threatening to choose a different prime minister:

Canadians take pride in our history as one of the world’s oldest continuous democracies. During the past 141 years, political parties have emerged and disappeared, leaders have come and gone, and governments have changed. Constant in every case, however, is the principle that Canada’s government has always been chosen by the people.

Unfortunately, even before the government has brought forward its budget, and only seven weeks after a general election, the opposition wants to overturn the results of that election.

The results of that election gave the Conservatives 143 seats and the other parties a combined 163 seats. The latter number is decidedly larger than the former and, if someone can command the confidence of those 163 that someone gets to be prime minister, with a wholly legitimate claim to be representing the will of the voters.

Abbott’s comments were at least noted by the editors of the Age:

No, Mr Abbott, the people of Australia do not and never have voted directly for a prime minister. Australia does not have a presidential style of government. Leadership is vested by the party. You are in the prime minister’s office only by grace of your colleagues, a great many of whom, it is clear, are far from happy.

It is at this point, inevitably, that someone scoffs. Yes, well, that’s all nice and technical, but it’s not the way people actually vote. People vote according to leader and party and, however much the local candidates matter, they are of secondary concern. As much as that is often true in practice, accepting it entirely means junking all the rest of the system and reducing the legislature to the American electoral college. The goal, as ever, is a healthy balance between party banner and individual representation, party leader and legislator—that balance premised on the idea of a legislature that is a strong and effective forum for scrutiny, accountability and debate.

And, in advance of an election that could produce a particularly complicated result, this is surely all worth keeping in mind and listening for.