When Trudeau called Trump: The story of the call that saved NAFTA

Was it normal diplomatic scheduling that led to Trudeau dissuading Trump from trashing NAFTA? Or was it all Jared Kushner's doing? 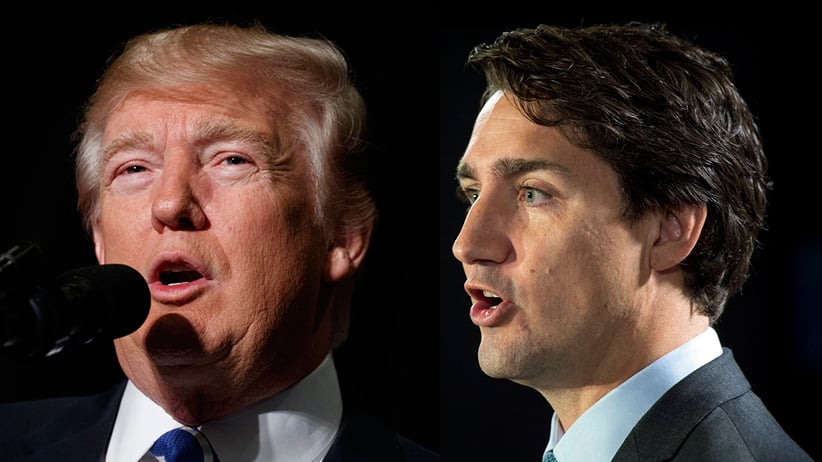 WASHINGTON – A phone call from U.S. President Donald Trump’s son-in-law set off a frantic scramble ending in sighs of relief across three national capitals that the North American Free Trade Agreement would survive.

It happened on an intrigue-filled day last month after different news reports said Trump was seriously thinking of invoking Article 2205 of NAFTA, which would be the first step in cancelling the quarter-century-old deal.

There are contrasting accounts of what really happened April 26.

RELATED: Donald Trump’s bromance with autocrats only empowers them

One version suggests Trump was simply bluffing about blowing up NAFTA. Another describes it as a White House power-struggle that played out in public. For his part, Trump insists he really came close to withdrawing from the deal.

”Two people that I like very much, the president of Mexico, prime minister of Canada, they called up, they said, can we negotiate? I said, yes, we can renegotiate,” Trump told a rally in Pennsylvania several days later.

”So we’ll start a renegotiation.”

He didn’t delve into the details. But here’s what happened.

Washington was abuzz over those reports hinting at the possible demise of NAFTA. Some Trump administration members urged him not to proceed, warning of the economic bedlam such a move would cause. At the Canadian embassy in Washington, some were heartened by the intensity of the reaction.

The business community and lawmakers had, for the most part, quietly abided Trump’s trade-skeptical campaign talk for over a year but were suddenly springing to action, flooding contacts with phone calls and pleas not to touch NAFTA.

Then came the call from Kushner.

A pair of sources described the chain of events. At about 6 p.m., the senior White House aide contacted a counterpart in Ottawa. The president’s son-in-law and adviser called PMO chief of staff Katie Telford, and said: Trump has a free moment, right now, to speak about NAFTA.

He suggested Trudeau might want to call the White House.

Telford veered to a stop. She happened to be in a carpool, commuting with her colleague Gerald Butts. The senior officials pulled over to the side of the road in Tunney’s Pasture, an industrial-park-like federal area in west-end Ottawa.

They got in touch with Trudeau, and the prime minister contacted Trump. The prime minister stressed the economic disruption that would be caused in people’s lives, should the deal be suddenly jettisoned. Trump also spoke to Pena Nieto and, a few hours later, the White House issued a statement: NAFTA was saved, for now, and would be renegotiated – not terminated. 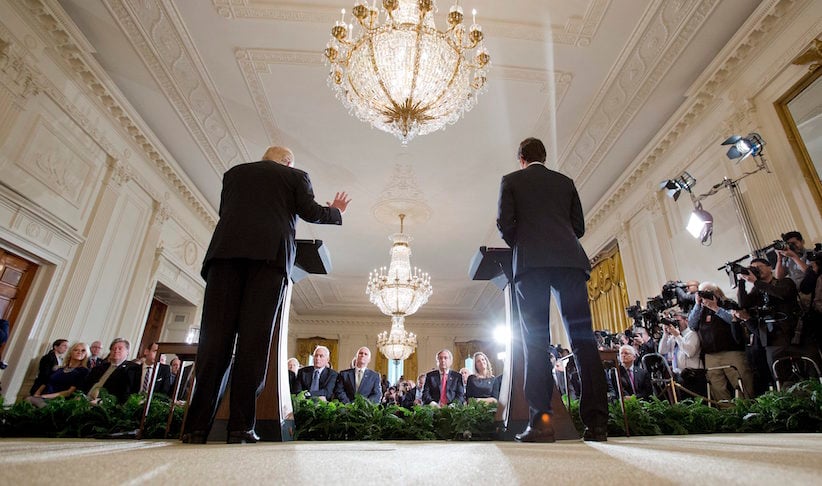 The White House says the game of telephone actually began earlier in the day, on the Canadian side. An official there told the Associated Press on Monday that the initial call was placed by Trudeau aides, who were concerned about the media reports.

Kushner said the leaders should speak, said he would set up a time, and called back to confirm it, according to that account.

”I’m not sure. I think they were genuinely close to pulling out,” one Canadian said.

”(But) I think the story is a little messier than that.”

The different parties involved, in both countries, might be spinning the details to their benefit, he said. That’s the opinion of some NAFTA experts – who believe the whole thing was theatre, orchestrated by the White House.

”A negotiating ploy,” said Gary Hufbauer of the Peterson Institute in Washington. ”True to Trump’s style.”

One Mexican official said an American colleague even admitted as much.

Foreign minister Luis Videgaray told media that an American colleague told him who the intended target was – the U.S. Congress. Congress has been dragging its heels in starting the NAFTA negotiation process and, according to the Mexican minister, some described the sudden activity as a pressure-tactic intended to light a fire under Capitol Hill.

The whole thing was neither a negotiating ploy, nor a near-death experience for NAFTA, but something else entirely, says Commerce Secretary Wilbur Ross. It was a non-story that got way out of control, he says.

He appears to be blaming whoever leaked news to the press about Trump considering an executive order. Ross suggests somebody prematurely pushed out a half-baked, never-decided draft policy, and that stirred up unnecessary excitement.

OPINION: The art of the shameless, indisputable political lie

”What people don’t understand is the president encourages lively discussion. In the course of those discussions all kinds of alternatives come up,” Ross told CNBC.

”I think what’s unfortunate is that someone leaked one of the many potential papers that was floating around, and created a whole skirmish over something that had not been decided upon by the president.”

This White House is notorious for its power struggles.

One such fault line involves divisions over trade. Some advisers are more trade-skeptical, such as Peter Navarro and Steve Bannon, who were reportedly two forces behind the now-scrapped executive order.

Other senior staff are believed to be pro-NAFTA – including Gary Cohn and, yes, the president’s son-in-law.