Where is Mike Pence?

Pence has avoided becoming attached to Trump's scandals, but there are fresh questions about what he knew as head of Trump's transition team

By Ken Thomas and Catherine Lucey, The Associated Press May 19, 2017 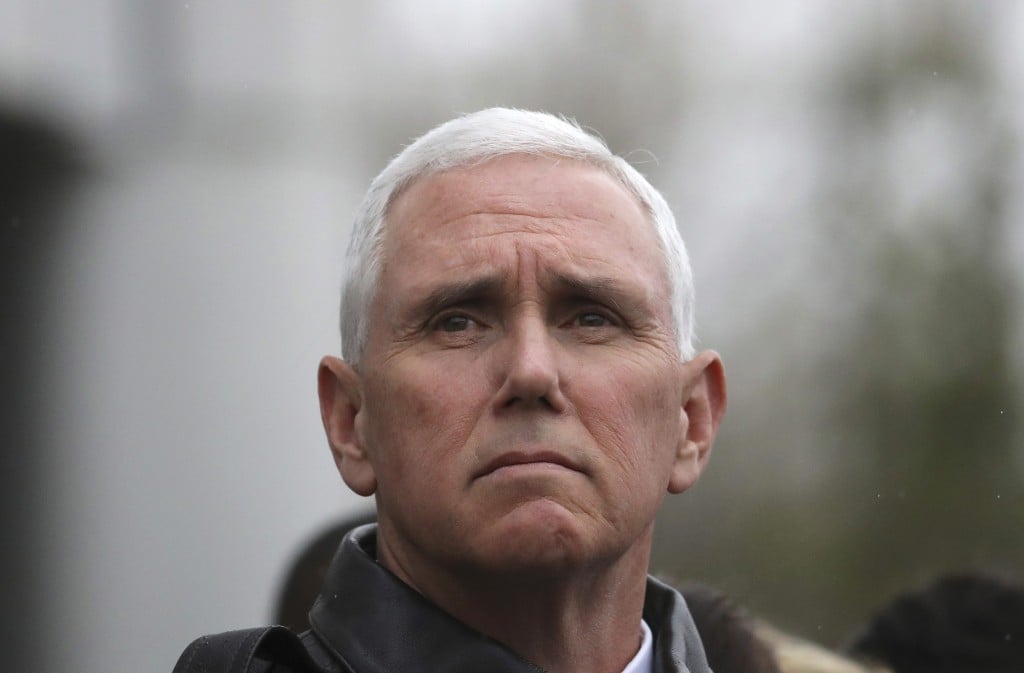 WASHINGTON – Vice-President Mike Pence has stepped gingerly through the chaos engulfing the White House – offering loyalty to his boss, while trying to avoid the spreading stain of scandal.

It hasn’t been easy, and it’s getting harder by the day.

While some conservatives view Pence as a calming force in an administration mired in turmoil, Democrats are eager to tie him to President Donald Trump’s vulnerabilities. The appointment of a special counsel to probe ties between Russia and Trump’s campaign and associates has turned up the heat for everyone in Trump’s orbit.

RELATED: What is the 25th Amendment, and could it be used against Trump?

And there are fresh questions about how much Pence knew as head of Trump’s transition team. The vice-president was under new scrutiny Thursday after reports that former National Security Adviser Mike Flynn in January alerted the transition team about a Justice Department inquiry into whether he was secretly working as a foreign lobbyist for Turkish interests. The White House has said Flynn was fired in February for lying to Pence about his contacts with Russia’s ambassador.

An administration official said Thursday that Pence knew nothing about Flynn’s activities at the time and referred to the vice-president’s comments in a Fox News interview in March in which Pence said, “Hearing that story today was the first I heard of it.” Democrats said that strained credibility.

“Pence was the head of the transition team that tapped Flynn for national security adviser. That is not good,” said Stephanie Schriock, the president of EMILY’s List, a Democratic group that backs female candidates who support abortion rights.

Unlike his boss, who has raged in tweets and speeches, Pence has been careful in his comments about the multiple probes into the campaign’s contacts with Russia.

In the wake of Trump’s abrupt dismissal of FBI Director James Comey, Pence has been circumspect. He has not publicly commented on the naming of former FBI Director Robert Mueller to serve as the special counsel investigating the allegations, and he only obliquely referred to the tumult surrounding the administration in a speech to the U.S. Chamber of Commerce on Thursday.

“Whatever Washington, D.C., may be focused on at any given time, rest assured, President Donald Trump will never stop fighting for the issues that matter most to the American people,” he said.

But the Comey episode has revived questions about whether Pence is out of the loop at the White House, or less than truthful in his public statements.

When Trump ousted Comey, administration officials said the president only did so after receiving a memo from Deputy Attorney General Rod Rosenstein and Attorney General Jeff Sessions. Pence reiterated those claims to reporters, saying again and again that the decision came only after Trump decided to “accept” and “support” Rosenstein’s recommendations.

Two days later, Trump said in an interview with NBC News that he was planning to fire Comey anyway and had considered it since the start of his administration.

Matt Schlapp, a veteran Republican consultant who leads the American Conservative Union, said Trump’s candour and authenticity, attributes that helped get him elected, make it more difficult for Pence and other members of his team to stay in step.

“There are going to be these moments that, for the vice-president and for everybody in the White House staff and the Trump orbit, when they explain something one way but that’s not where the president’s head is on that. It will always be awkward,” Schlapp said. “My guess is this was an honest mistake and there is still deep respect between the president and the vice-president.”

Asked how Pence advised the president on Comey, an administration official would not detail the conversations between the pair but stressed that the vice-president supported the decision to fire the FBI head.

The official – who was not authorized to speak about Pence’s activities publicly, and agreed to be interviewed only on condition of anonymity – also said Pence was not part of the president’s meeting last week with Russian diplomats, noting that he was on Capitol Hill for Senate business.

The Comey firing represents a second rough patch for Pence. At the start of the administration, the vice-president publicly defended Flynn against allegations that he had discussed sanctions with Russia’s ambassador to the U.S. before Trump’s inauguration. Flynn had denied those conversations to Pence and other top officials; he was forced out after it was discovered that he had misled the vice-president.

RELATED: The beginning of the end of Donald Trump

Throughout the upheavals, Pence has maintained political life as usual. He has carved out a role as the administration’s top lobbyist on Capitol Hill and was instrumental in helping Republicans pass a health care plan in the House. While Trump is away on his first foreign trip, Pence will be addressing graduates at a Pennsylvania Christian college and at Notre Dame while working on budget and policy issues in Washington.

And political life never strays far from money. Pence this week registered a fundraising committee that enables him to cultivate donors outside of the president’s mostly low-dollar money network. The vice-president is a far more traditional politician when it comes to raising money, and this group – called the Great America Committee – can collect up to $5,000 per donor and parcel out funds to candidates supportive of White House policies.