Which Americans does Hillary Clinton love most?

Ask not if Hillary Clinton loves America, but which of its citizens she loves most 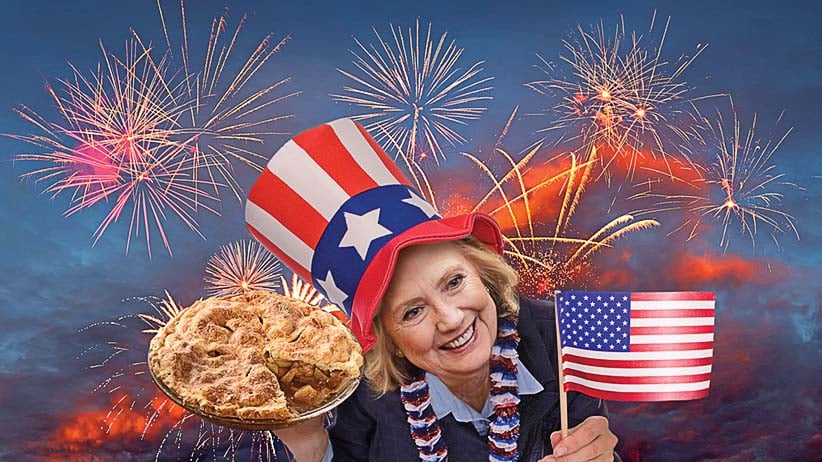 Announcing her run for the U.S. presidency this week, Hillary Clinton declared in a video: “Everyday Americans need a champion, and I want to be that champion.” Her message aspired to a populist tone: A car in every garage! A chicken in every pot! A secret email server farm in every basement!

The best part of the launch came when campaign officials “confided” to sources that Bill Clinton was vowing to remain in the background for the year ahead. A degree of skepticism is perhaps warranted. This is a little like a bottle of tequila vowing to create good decisions.

But did you note Hillary’s choice of adjective in her video? Everyday Americans. It’s a crucial early selection: Every political campaign must decide how to refer to, and engage with, the people it’s trying to win over. This will remain one of the challenges of U.S. political rhetoric until the 2020 presidential election—at which point, all campaign discourse is likely to be delivered in the form of emoji. (Had Barack Obama run for president in the future, “Yes, we can” would have been replaced with

But for the 2016 campaign, Hillary Clinton had at least five other potential phrases to choose from. Let’s take a look:

1. “Ordinary Americans.” Politicians used to make frequent reference to “blue-collar Americans”—but that was before the U.S. economy lost its manufacturing edge and became powered almost entirely by televised storage-locker auctions. The need emerged for a phrase that incorporated a wider swath of citizens who can barely scratch out a living.

“Ordinary Americans” has been in heavy rotation ever since. Obama, for one, has made frequent—and sometimes curious—use of the phrase. Discussing the Ebola outbreak last fall, the President declared the risk of contracting the disease to be relatively low for “ordinary folks.” This came off as weirdly informal—kind of like if Roosevelt had proclaimed the attack on Pearl Harbor to be “a day that will live as a real bummer, yo.”

2. “Regular Americans.” A bit inelegant, to be sure. And it sounds slightly off when you say it out loud, doesn’t it? It’s hard to think about “regular Americans” without imagining an array of “irregular Americans,” like some sort of factory outlet mall of citizens.

That said, here’s a piece of advice for aspiring politicians: Use of the phrase “regular Americans” does allow you to position yourself at a distance from “elite Americans,” whose interests you will obviously ignore completely if elected, nudge-nudge. (Important: Do not say the nudge-nudge part out loud.)

3. “Hard-working Americans.” This has become a go-to phrase for politicians, because it works as subtle flattery. It has the added benefit of allowing a politician to pretend to be brave by boldly declaring to the nation, “I, for one, will have the political courage not to advocate for the lazy or shiftless!” [Wins landslide election victory and Nobel prize for Awesome.]

For political operatives, here’s the best part: Pretty much everyone in America self-identifies as a “hard-working American”—even the ones who are browsing your campaign website in between smoke breaks at work.

4. “Middle-class Americans.” This phrase resonates, because it explicitly excludes the rich from a candidate’s list of public priorities. In your face, various Rockefellers! Alas, it does nothing to change the fact that promising obscene favours to wealthy donors comprises 97 per cent of a candidate’s private priorities.

5. “Average Americans.” There’s no denying it: This phrase carries with it a hint of judgment. You are basically reminding potential voters that they are in no way remarkable—which is probably true, but running for president is a weird time for a politician to start being honest.

Nor does the phrase lend itself to achieving rhetorical heights in one’s stump speech: I am running to fight for average Americans—the nondescript, mundane millions who blandly occupy physical space, often at a Waffle House, until, inevitably, they are dead in the ground, having left such little impact upon our country that no one can truly be sure they ever existed. VOTE CLINTON IN ’16!!