Who is Candice Bergen, the interim Conservative leader? 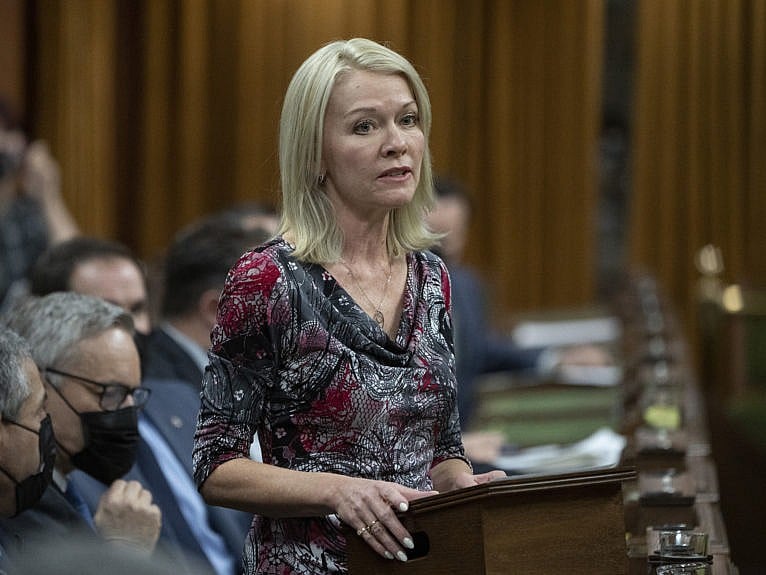 After a tumultuous and controversial tenure that ended with a convoy of trucks sieging the capital, Erin O’Toole’s time as Conservative leader has drawn to a close. Tory mainstay Candice Bergen has taken his place; she will serve as interim leader until the next permanent leader is chosen. There’s still no telling when that leadership convention might take place, but Rona Ambrose served as interim leader for a year-and-a-half after Stephen Harper’s 2015 defeat.

So just who is Candice Bergen, and how will she fare as the glue binding a crumbling party together? We’ve compiled everything you need to know about the country’s new opposition leader.

Bergen was first elected to the House of Commons in 2008, representing the Manitoba riding of Portage–Lisgar for the Conservatives under Stephen Harper. She’s held the riding ever since, and slowly climbed the internal Tory ladder after her initial election. Harper gave her a junior cabinet position in 2013–Minister of State for Social Development–and former interim leader Rona Ambrose anointed her Opposition House Leader in 2016.

In a Globe and Mail profile, Bergen said she considered running for the Conservative leadership in 2020, but ultimately decided not to because she can’t speak fluent French. Erin O’Toole wound up winning the leadership that year and appointed her deputy leader of the party.

She’s a rural MP with a distaste for big government

Bergen hails from the small community of Morden, Man. Her dad sold car parts and her mom was a cleaner at a hospital. She got involved with the Canadian Alliance party in the early 2000s, and increasingly grew distressed about the growing federal deficits being incurred by the governing Liberals. Her current riding of Portage–Lisgar covers a number of rural Manitoba communities, including Morden.

Bergen’s stepping into the leadership at a time where her party is fiercely divided between social conservatives and moderates—a divide that led to her predecessor’s demise and her ascension to the party’s helm. Bergen seems to be someone who could bridge that divide, at least temporarily. She’s popular in the prairies, a favourite of social conservatives like Andrew Scheer and moderates like Erin O’Toole, and is seen as a peacemaker with a steady hand.

She has the backing of her party for now, but she’ll be tasked with holding the party together until her replacement is chosen at the next party convention. Although many moderate Conservatives (including former interim leader Rona Ambrose) view Bergen as a safe choice, Bergen’s consistent history of social conservatism have led to significant backlash outside the party.

Much of the coverage around Bergen’s latest appointment has revolved around her apparent approval of the trucker convoy causing mayhem on Parliament Hill. “I don’t think we should be asking them to go home,” wrote Bergen in an internal email acquired by the Globe. It’s also come out that she pushed O’Toole to publicly support the convoy before his ouster, saying there’s “good people on both sides.”

Among her most controversial opinions: she wants to defund the CBC, she’s anti-abortion, and she voted against the conversion therapy ban.

And the other Candice Bergen

She shares a name with a famous actress. But they aren’t politically aligned. The other Candice Bergen is best known for leading 80s sitcom Murphy Brown, scoring an Oscar nomination for the 1979 movie Starting Over, and hosting a slew of SNL episodes over the years.

This Bergen also went on a date with Donald Trump back in the mid-60s, when she was just 18. She said the date was a “dud.” Fittingly, Bergen’s character in the 2018 reboot of Murphy Brown got in a fictional Twitter fight with the former president.

Canada’s Candice Bergen, on the other hand, got in hot water last year after a photo of her in a camo “Make America Great Again” hat showed up online.