Who is Jim Prentice? 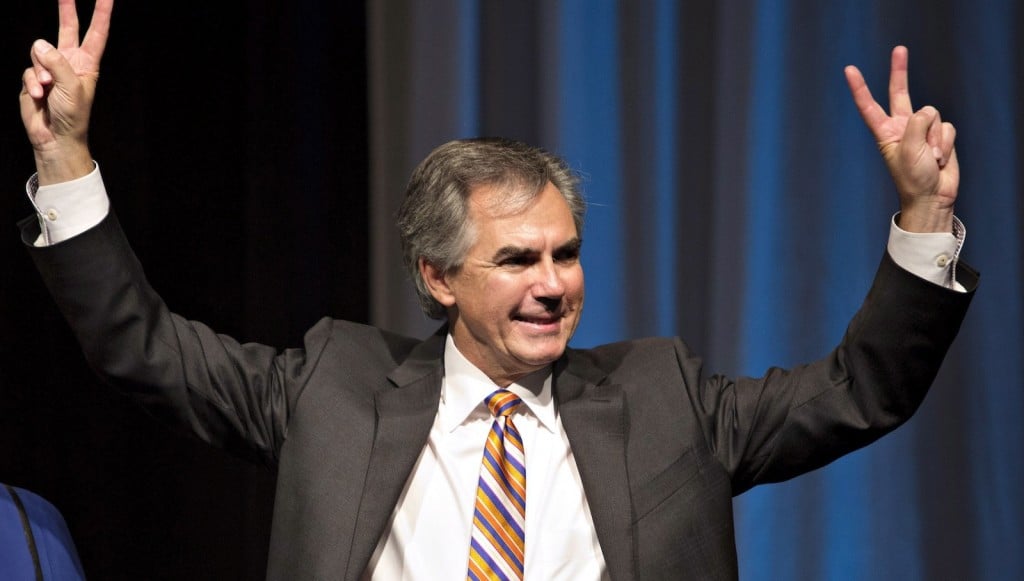 EDMONTON – Alberta’s next premier grew up working “under the bins” of a Crownsnest coal mine, and now hopes to apply those principles to get his PC party back on top.

Coal was dropped by trucks from above into bins and then down onto a conveyer belt where Prentice and others would pry off the massive rocks that had gotten mixed in with the coal and smash them up.

“I always said I got my education there,” Prentice said in a recent interview.

The 58-year-old has a year and a half, before the next election, to resurrect a party and caucus bludgeoned and demoralized by stinging revelations of lavish spending and travel under former premier Alison Redford.

Five decades earlier, his only goal was to play hockey.

His dad, Eric, was a gold miner and former pro hockey player, a 17-year-old whiz-kid winger and the youngest player ever signed by the Toronto Maple Leafs.

Eric was a career minor leaguer, save for five games with Toronto in the bigs in 1943.

As the gold mine dwindled, Eric picked up his family in 1969 and moved to a new coal mine in Grande Cache, Alta., when Jim was 13, and eventually to the mines further south in the Crowsnest Pass.

Hockey-wise, Prentice became a top-flight winger in his own right, but his promising junior career ended with a devastating knee-on-knee hit.

“I got creamed coming out from behind the net,” he said. “That was it.”

From then on he focused on university, graduating with a law degree and going to work in Alberta as an entrepreneur and a lawyer dealing mainly with land and property rights.

In the background there was politics. Always politics.

From age 20 he worked for the federal and provincial Conservative parties taking a page, he said, from his parents’ involvement in their community.

Save for one failed bid for elected office provincially in 1986 he stayed in the backrooms as an organizer and bean counter. It was an agreement with Karen, his wife, he said, not to get into the all-consuming elected life until their kids were much older.

When he did run again, in 2002, the federal conservative movement was a mess, fractured between the PCs and the Canadian Alliance.

Prentice urged reunification and in 2002 stepped aside as the PC candidate in Calgary Southwest so that then-Alliance leader Stephen Harper could run unopposed to represent the centre-right.

In 2004, at age 47, he finally grabbed the brass ring, winning the Calgary riding for the newly merged Conservative Party.

In 2006 Harper won a minority government and Prentice was in cabinet. Over the following six-plus years he was given high marks for his work in diverse portfolios — Indian and Northern Affairs, Industry, and Environment.

The defining moment, he said, came before his cabinet days, when the Conservatives were still the Opposition in 2005.

“The pressure (to vote no) was incredible,” said Prentice.

“There’s a duty to balance and protect the rights of everyone.”

That humanist rationale, however, didn’t cut much ice in his riding of Calgary Centre-North.

There were angry letters to the editor. Staff in his riding office quit. People told him his political career was finished. One angry Calgarian passed him in a pickup truck, pulled over and threatened clean his clock on the spot.

They set fire to his veranda.

In the church, where he was married and his children were baptized, Prentice and his wife Karen arrived to find that day’s sermon was a warning about him.

When he finally voted, it was at once one of his proudest moments, followed by one he will forever regret.

Prentice always prided himself on going out the front door of the Commons, to face the media and answer for his actions.

“It was pandemonium out there,” he said. “Every journalist in the country was there ready to descend on me.

“It’s the only time I ever went out the back door of the House of Commons.

“It’s the only thing I regret, because I don’t ever walk out the back door.”