With no new democratic growth in sight, and some evidence it is starting to shrink, the fashionable talk these days is of a global democratic recession 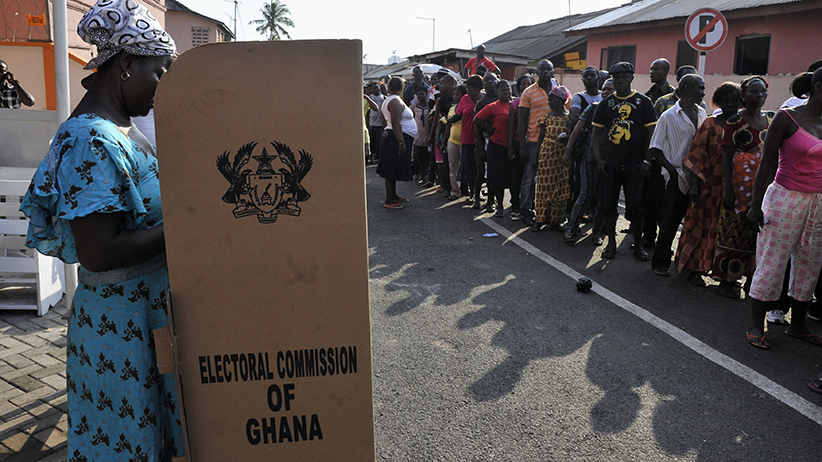 The murder of outspoken Russian opposition leader Boris Nemtsov within sight of the Kremlin last week. The ongoing struggle for freedom for Canadian-Egyptian journalist Mohamed Fahmy. The growing hegemony of China in the South China Sea. The dismissal last year of thousands of Turkish police officers, prosecutors and judges to deflect attention from a massive government corruption scandal. The chaos in Crimea, Iraq and nearly all of Africa. Is this endless stream of depressing news proof that democracy has lost its momentum in the 21st century?

It once seemed as if an entirely democratic world was both inevitable and imminent. In 1988, only 40 per cent of the world’s countries could be considered electoral democracies. Then came the collapse of communism and hard times for autocrats the world over. By the early 2000s, the share of democracies had spiked to over 60 per cent, as an apparently unstoppable wave of political freedom swept the globe. Now, however, democracy advocates fret that the number of countries choosing their leaders in free and open elections has stagnated. With no new growth in sight—and some evidence it’s starting to shrink—the fashionable talk these days is of a global democratic recession.

The Journal of Democracy published its first issue in 1990, immediately after the fall of the Berlin Wall and amid heady expectations for the future of democracy. But, on the occasion of its 25th anniversary earlier this year, the high-profile academic publication asked its readers: “Is democracy in decline?” In the centrepiece essay, Stanford University academic Larry Diamond argues that “the number of both electoral and liberal democracies began to decline after 2006 and then flattened out.” He points to 25 recent examples of functioning democracies succumbing to military control or substantially eroding political freedoms. Some of these, such as Honduras and Ukraine, have lately reversed themselves; others, Russia, Turkey and Thailand among them, have not. Adding to the gloom, China has stubbornly fought off all efforts to bring pluralism to single-party rule at home and in Hong Kong. And optimistic hopes for the Arab Spring have been dashed in every country save Tunisia.

According to Diamond, a confluence of economic, military and political factors affecting Europe and the United States has weakened the West’s advocacy of global democracy. As a result, the world’s autocrats are increasingly feeling emboldened. This shift is most visible in Africa, where China is rapidly displacing the U.S. as the most important provider of foreign aid, thus cultivating a new generation of African leaders for whom an authoritarian state is the most visible example of global success.

As grim as the daily news may be, however, it’s wrong to give up on democracy as a growth industry. Writing in reply to Diamond’s stalled democracy thesis, Steven Levitsky of Harvard and Lucan Way of the University of Toronto argue that much of the excitement over the rapid democratization of the world in the 1990s was over-hyped in the first place. The collapse of communism did not, on its own, guarantee democracy would quickly take root in countries lacking the necessary institutional capacity or tradition. If marginal cases such as Russia and Cambodia have since backslid into authoritarianism, it’s because they were never truly democratic in the first place, and should not have been counted as such. Furthermore, disappointment that single-party regimes in China or the Middle East have not changed their spots does not mean democracy is in retreat. As the better set of ideas, it remains an aspirational goal for all human beings.

Looking beyond the headlines, Levitsky and Way point to many underreported recent examples of countries making firm commitments to democracy. In Mexico, Taiwan, Croatia and Ghana, for example, former authoritarian ruling parties returned to power via the ballot box and governed in democratic fashion—a tremendous achievement. In Colombia and Poland, nascent political institutions held in check the expansive ambitions of elected presidents. And economic heavyweights Brazil and India—despite growing pains and corruption—are now firmly entrenched, stable and inclusionary democracies.

“The real story of the last decade,” Levitsky and Way write, “is not democracy’s ‘meltdown,’ but rather its resilience in the face of a darkening geopolitical landscape.” Democracy had many easy years in the 1990s and early 2000s. If it’s slower going these days, in a difficult era of slow economic growth and instability, it’s because only the hard cases remain.

To maintain the beneficial progress of democracy, it is up to the West to hold other countries to account on political rights and freedoms.

For Canada, this means continued pressure on Egypt regarding Fahmy, as well as Russia, Turkey, Iran, Iraq, Hong Kong, China, Afghanistan and anywhere else electoral liberty is at risk. This is no time to be shy about democracy.