Why conspiracy theories gain traction in a 'post-truth climate' 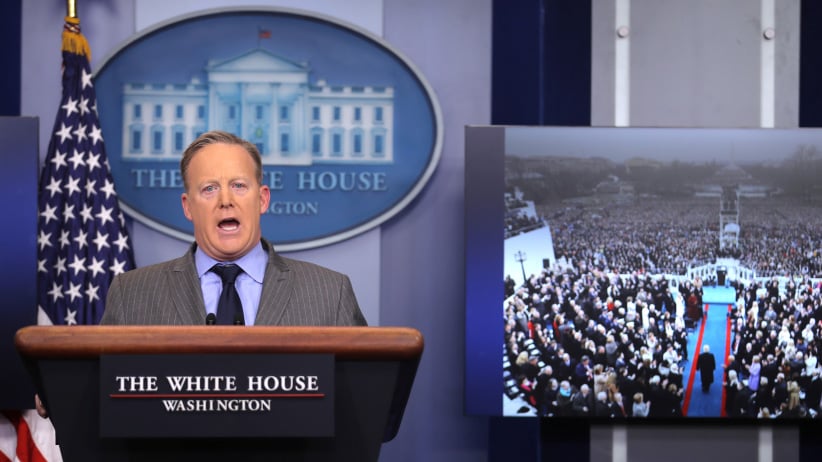 There’s no shortage of conspiracy theories floating around these days, and in this post-truth climate, even the most rational person might be tempted to question basic facts they once held firm.

General paranoia in the wake of Brexit and Trump’s surprise U.S. presidential win seem have set a wide swath of people on edge. History Prof. Jonathan Vance, who teaches a course on panic and paranoia at the University of Western Ontario, suggests we’re in a “post-Enlightenment age,” driven by “a reflexive mistrust of anyone who is in a position of authority and/or responsibility.”

“We have lost the appreciation of the fact that some things just happen,” says Vance.

“We have little appreciation now for naturally appearing bad things — we think that our society is so developed that bad things shouldn’t happen. And if they do, it’s because someone made them happen. Conspiracy absolves us of responsibility and it absolves us of the fickle hand of fate.”

Shaquille O’Neal is the latest big name to float one of the more outrageous claims out there — that the Earth is flat and we’ve all been manipulated to believe it is round. On his latest podcast, the basketball Hall of Famer states with no apparent irony that he agrees with Cleveland Cavaliers guard Kyrie Irving, who made similar statements earlier this year.

“I drive from Florida to California all the time, and it’s flat to me,” O’Neal said, despite incredulous challenging by his interviewer.

“I do not go up and down at a 360-degree angle. And all that stuff about gravity, have you looked outside Atlanta lately and seen all these buildings? You mean to tell me that China is under us? China is under us? It’s not. The world is flat.”

Perhaps O’Neal was joking. But if the popularity of niche Internet communities and the rise of alternative news sources are any indication, there would seem to be a significant number of people who agree with his skepticism of authority.

And a 2014 study in the American Journal of Political Science found conspiracy theorists are far more prevalent than some might think — including about half of the people asked in eight nationally representative surveys.

These are uncertain times, says Katy Kamkar, a psychologist at Toronto’s Centre for Addiction and Mental Health, who notes that political upheaval fuels deeper anxiety and distrust.

“Whenever there are changes going on, or transitions going on, often people feel it emotionally,” says Kamkar.

So how do you rationalize with someone pushing a claim widely disputed or baseless in fact? Arguing doesn’t do much good, says psychologist and relationship expert Sue Johnson. In situations of high stress, fear or distrust, brain functions that help us strategize shut down in the heat of battle.

“Once you stick a whole bunch of emotion behind it, that changes everything,” says Johnson.

She says most people tend to respond to debates in one of two ways: they fight, and insist on arguing their point; or they take flight, and retreat from the conversation entirely.

We saw a doubling down when Trump and White House press secretary Sean Spicer only grew more adamant that the president’s inauguration had “the largest audience to ever witness an inauguration — period.” This was despite clear photographic evidence that more people turned up to watch Obama’s swearing-in ceremony.

This belief extended to average-Joe Americans, with a Washington Post survey of 1,388 adults finding a significant number of Trump voters wrongly identified a photo of Obama’s inauguration as belonging to Trump. A stunning 15 per cent insisted more people were in the sparsely populated Trump photo than the Obama photo.

When you’re defending your turf, facts can become secondary to “winning” the argument, says Johnson.

“You want to believe you made the right choice and that the choice is good,” she says.

That’s partly because emotional signals in the brain that normally head to the cortex — where reflection takes place — take a shortcut straight to the amygdala, which is the emotional and fear processing system, says Johnson.

In these high-stress situations, our brains are flooded with adrenaline and the stress hormone cortisol. Perceptions become black and white and nuance is lost.

“It’s like your whole being mobilizes and your amydgala turns on in your brain and says: ‘Danger, danger, danger,'” she says.

“It takes all of your attention and for most of us there’s not must glucose left over, or space left over in the brain or other circuits firing to say, ‘Wait a minute, wait a minute,'” she says.

Psychology Prof. John Turtle prefers to believe that O’Neal is just being provocative.

“He’s a smart guy that likes to kind of push things and debate and make points,” says the Ryerson University teacher. “I can’t help but think that he’s trying to be a bit provocative about (the notion) your opinion is as good as anybody else’s, experts are just as prone to mistakes as anybody, and to question authority.”

Still, Turtle says he’s alarmed by recent attacks on scientific thought that range from the Ontario high school teacher who disrupted an immunization clinic by telling students they could die if vaccinated, to plans by the Trump administration to gut the Environmental Protection Agency.

A host of factors can lead someone to believe unsubstantiated theories, including confirmation bias, excessive scrutiny of opposing views, who their peers are, and the mere fact that it feels good to blame someone. And they come from all walks of life.

“There’s no data to show that people who believe in this stuff have any difference in intelligence, or education or religiosity,” says Turtle.