Why do Australians have a problem with Canadians in their parliament?

It's all about fear of 'divided loyalties.' But Canada has no such rule, and we're hardly circling the geopolitical drain. 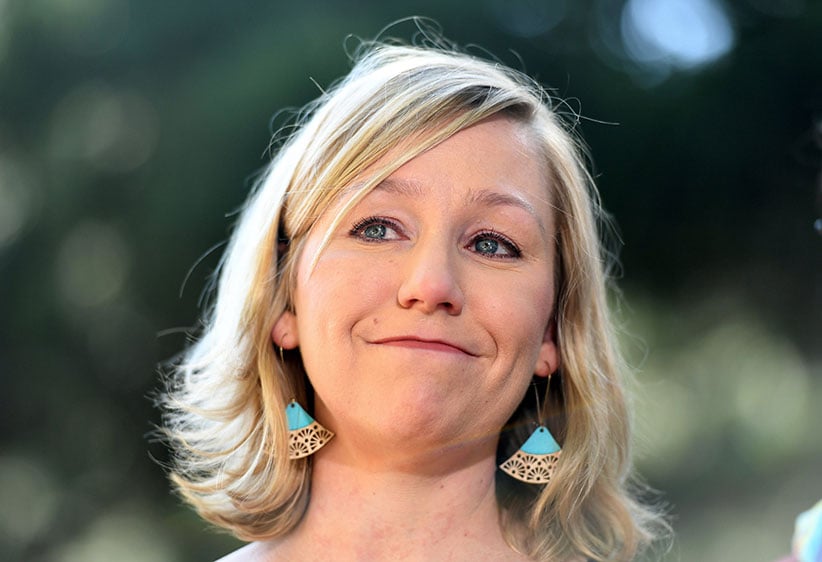 Australian senator and co-deputy leader of the Green party Larissa Waters expressed on Facebook this week her “shock and sadness” over learning she was a Canadian citizen. Harsh words indeed, and a sting to a collective Canadian ego accustomed to veneration from the international community. But under the circumstances, we’ll chalk it up to rhetorical licence. The discovery of her dual Canadian and Australian citizenship, after all, cost her a coveted job as an elected parliamentarian.

Waters, who was born in Winnipeg, is the most recent politician to fall victim to a 116-year-old constitutional rule, which aims to disqualify folks who might be disloyal to Australia from being elected to federal office. Specifically, section 44(i) of the Constitution excludes: “any person who is under any acknowledgement of allegiance, obedience or adherence to a foreign power, or is a subject or a citizen or entitled to the rights or privileges of a subject or a citizen of a foreign power.”

Just last week, another Australian senator and fellow Greens member Scott Ludlam was forced to resign when he discovered he was also a citizen of New Zealand. Both senators maintain, given the changing citizenship laws, they didn’t realize they still held citizenship in the countries of their respective births.

“I don’t know why Australia has this rule,” Canadian Green party leader Elizabeth May told Maclean’s after learning of Waters’ resignation, which May says is loss to the Greens internationally. “[Senator Waters] is no less an Australian citizen today because she happens to be born in Winnipeg than she was two weeks ago, when nobody thought she was possibly dual citizen. I don’t want to criticize the rules of the Australian Constitution,” May adds, “but it is really lamentable. I’ve never heard of a country that has this rule.”

RELATED: Ted Cruz: Made in Canada

It’s certainly not the case in Canada, where any citizen eligible to vote is also eligible to run for office. Stephane Dion and Thomas Mulcair both have dual citizenships, as have dozens of other Canadian parliamentarians over the years (including three Australians). We apparently deem taking the oath of office—swearing your allegiance to Her Majesty the Queen, her heirs and successors—a legitimate vow of loyalty in our Constitution. That’s not to say that Canadian citizens don’t question their politicians’ national allegiances. Recall the 2009 Harper campaign “Just Visiting” ads attacking Michael Ignatieff for spending too much time in the United States.

May, who was born in Connecticut, also has her citizenship regularly questioned. To be clear, her American citizenship was revoked when she became Canadian in 1978, as per the rules at the time. On top of that, Americans who hold office in another country automatically lose their U.S. citizenship, leaving no doubt that May is strictly Canadian. But if not for that, she says she would have renounced her U.S. citizenship anyway, even though Canadian law doesn’t require it. “It doesn’t matter to Parliament, but I think it matters to Canadians,” she says. “I’m in a position as leader of a federal political party to potentially become the prime minister, and I think it’s important to know that your prime minister has no other allegiances.”

In Australia’s case, Grant Wyeth, a Melbourne-based political analyst and writer contends that the rule has racist implications—despite the two recent cases involved white folks of Celtic descent. “It makes the ability to run for office far more exclusive than it should be,” says Wyeth. And in a country as multinational as Australia, he adds, that’s a problem. The most recent census data for the country, released a few weeks ago, shows that about 49 per cent of Australians were either born outside of the country or have a parent who was. While not measured in the census, the number of Australians with multiple citizenships is estimated to be between four and five million people, or about 18 per cent of the population.

Not only does the dual citizenship rule create a parliament that looks starkly different from the people it represents, it doesn’t reflect a modern outlook, says Wyeth. “Everyone’s world is completely global these days,” he says. “The idea that the people outside your village or outside your nation are some kind of threat to you is, I think, an outdated concept.”

For a while, the Australian political community seemed to agree with that sentiment. According to a 1996 report on whether to amend that section of the Constitution, the provisions typically “acted as silent guardians of [Australia’s] democracy.” But partisan politicking in the early ’90s drew renewed attention to the rule. In 2015, then prime minister Tony Abbott was the focus of a “passporter” conspiracy when his opponents alleged he never renounced his British citizenship—which he had, and proved just last week. “It’s a way to catch people on a technicality if they can’t vote them out,” says Wyeth.

That said, the renewed interest in politicians’ citizenship is not just a matter of using a political tool to weed out competition. Rather, it’s indicative of the mounting enthusiasm for nationalism that Australia has failed to evade.

The only way to amend the rule would be to hold a referendum, which Wyeth says would be unwise, even though he’s in favour of changing the provision. “It would be quite a toxic debate, where people’s loyalties are challenged publicly on a day-to-day basis,” he says. And given the Liberal government’s increasingly nationalist and conservative leanings, he thinks a referendum would fail anyway (similar logic led the Australian Labour Party to block a plebiscite on same sex marriage in 2015, concluding it was doomed to fail and would unnecessarily trigger ugly, potentially traumatizing debates for LGBTQ folks in the process).

James Allan, a Canadian-born Australian lawyer, says that while he dislikes the rule, he has little sympathy for the senators who’ve been burned by it. “They would have known about it. And knowing it was a rule, for anyone serious about getting into Parliament, they would renounce their citizenship,” says Allan, who finds it hard to believe Waters and Ludlam weren’t aware of their dual citizenships.

At this point, the senators can renounce their citizenship and re-run for office. But Allan doubts they’ll ever be elected again. “Australians take a hard line on this,” he says. “I don’t see how they would ever get back into Parliament.”