Why do our MPs clap for each other so much?

Our MPs are constantly clapping for each other. In the Mother Parliament, they don't accept such nonsense. 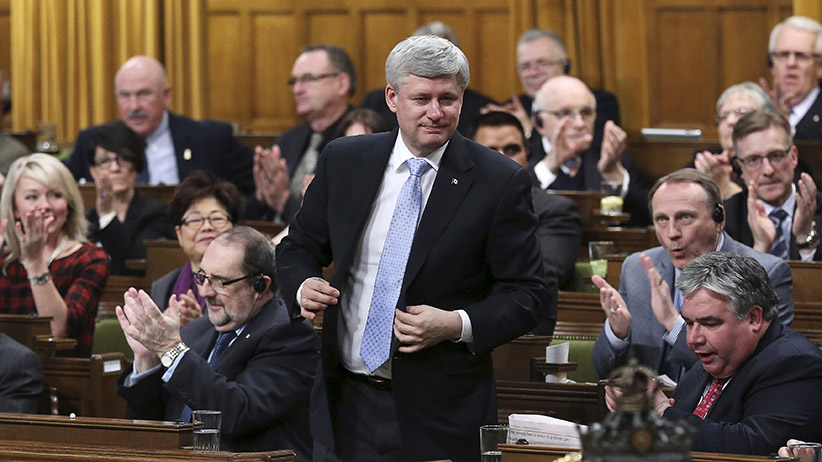 A new Parliament began last week in the United Kingdom and, shortly after its commencement, the Speaker stood to admonish some of the newly elected members for their behaviour. How had these MPs, from the Scottish National Party, misstepped? They’d been clapping.

This is remarkable for anyone who has spent even just a few minutes watching our question period. While their British cousins generally do not cheer their colleagues, our MPs applaud each other incessantly. Each session of question period begins with applause—the official Opposition cheering for whomever is leading the questions that day—and the clapping continues at regular intervals for every question and every response.

I have complained about this before. Frequent clapping is the stuff of kindergarten classes and sporting events. And Parliament should be analogous to neither. It should not be a meeting of competing pep rallies. MPs might continue to render themselves figurative cheerleaders with the words they speak in Parliament, but we might at least draw the line at literal cheering within Parliament.

It was claimed two years ago that MPs spent about half an hour each week clapping for each other during question period. If that’s accurate, MPs will have spent something like 21 hours clapping for each other during the 41st Parliament. And that’s just QP. We might also include the applause that the Prime Minister, the leader of the Opposition and bill sponsors receive during votes, or that leaders receive for speeches.

Here, courtesy of our Nick Taylor-Vaisey, is a supercut of the clapping from just Thursday’s first eight questions and responses during QP.

That analysis in 2013 figured those 30 minutes of clapping were wasted, but I think it’s probably debatable how much business is actually delayed by clapping—specifically, how long MPs have to wait for applause to finish before starting a question or response. (Through eight questions and responses on Thursday, for instance, I counted about 20 seconds of actual delay.)

But wasted time isn’t really the concern. Rather, it’s that clapping poisons and pollutes the culture and atmosphere of Parliament. Or, at least, that it’s a puerile habit our elected representatives should be above.

It also just cheapens the currency of clapping: If everything receives applause, applause ceases to be significant. As explained in this extensive consideration of clapping, incidents of clapping in Britain are rare and, thus, noteworthy.

Four years ago, at the outset of the 41st Parliament, the late NDP leader Jack Layton vowed that his caucus would not heckle. As one observer suggested this week, there’s no difference between shouting and clapping and, really, any commitment to decorum would include generally refraining from both. I’d actually suggest that, if you wanted to improve question period, more would be gained by eliminating clapping than eliminating heckling. The heckle at least has the possibility, however faint these days, of wit. Clapping is just putting your hands together to make noise.

Our MPs shouldn’t need so much positive reinforcement and, even if they do, there’s no reason our Parliament should be used to boost their self-esteem.