Why is the Harper government using time allocation so often?

An oral history of managing debate 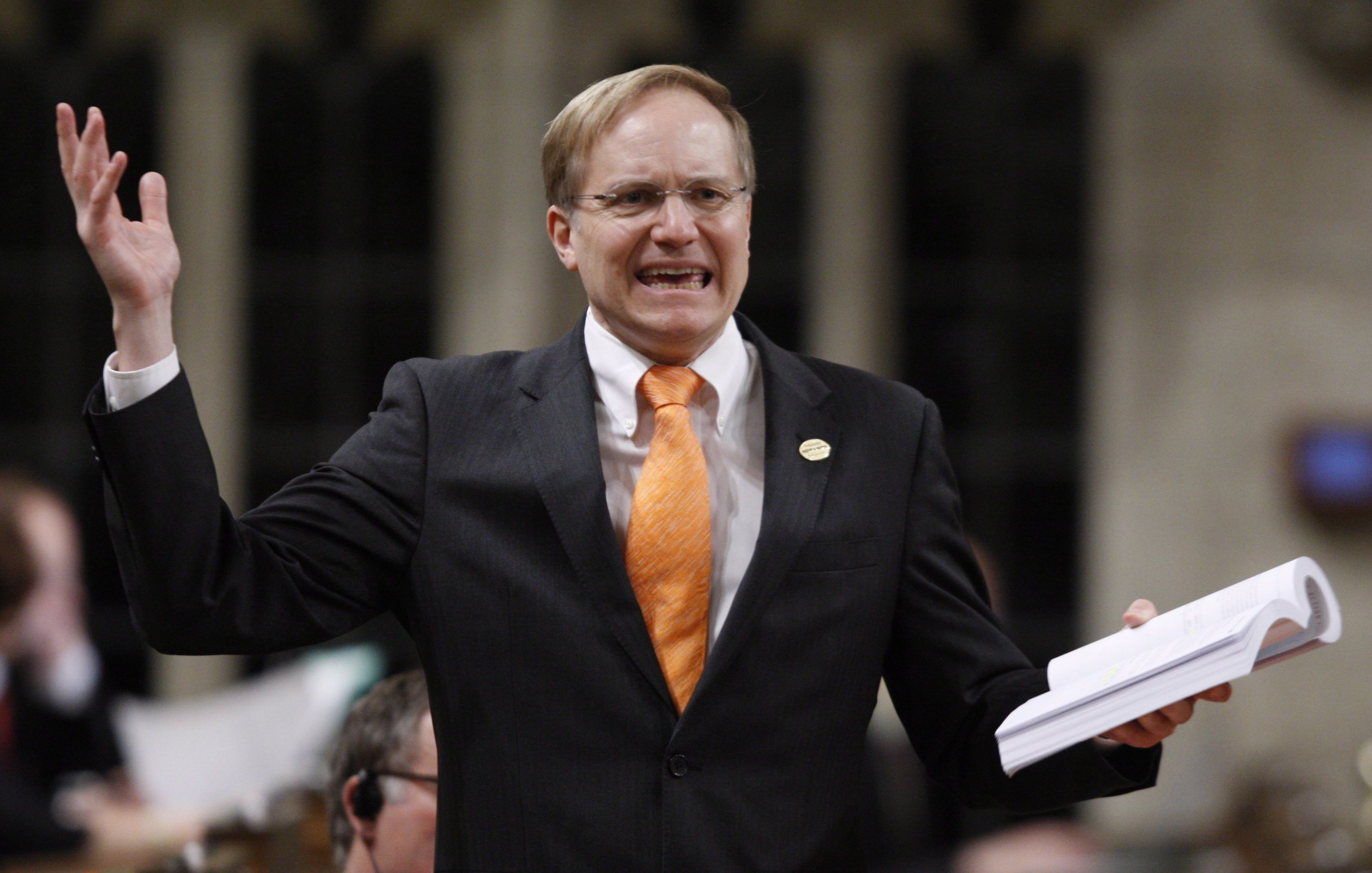 Before the House adjourned for the summer, the Conservatives managed to pass their 75th motion of time allocation in the current Parliament. As noted previously, that far surpasses any previously known record of the measure being invoked to impose a limit on debate in the House of Commons.

Standing Order 78, the applicable rule here, allows for the scheduling of debate, either by agreement of the parties or by a vote in the House, if unanimous agreement cannot be found. According to the official guide to practice and procedure, the procedure evolved out of the fractious Pipeline Debate of 1956, and it has been used with varying frequency since then, with at least 30 uses in the three Parliaments between 1984 and 1997 (covering two Conservative majorities and one Liberal majority).

Not that it was used without complaint. Here is Deborah Grey chiding the Liberal government of the day for its use of time allocation. And here is Jason Kenney expressing his disappointment with the “excessive use of what really should be a very rare lever to limit debate in this place.” (Here, for the record, is every reference to “time allocation” in the House between January 1994 and December 2005.)

In theory, every member of the House could comment on every government bill at every stage of debate (private members’ bills are limited to two hours of debate). But that’s not at all feasible for the purposes of governing a country: Assuming 20-minute speeches from all 307 members, you’d need about 100 hours of debate at each stage. So, in order for anything to get done, some limits must be applied to the amount of debate each bill receives.

The schedule for debate in the House of Commons might thus be set via negotiation among the parties, those discussions conducted between each party’s House leader. I asked Bill Blaikie, the former NDP MP and House leader, how it worked when he was involved in those negotiations:

There was, “Well, we think we need a couple more days on this, and if you give us a couple more days on this, then we know you want this other thing through in a hurry and we don’t see any problem with that.” So there would be some give and take. And sometimes, we’d have to make it clear: “Well, on this one, we really can’t agree. We’re really so opposed that you probably will have to move time allocation.”

In Blaikie’s recollection, though, time allocation was generally invoked after some significant amount of debate had already transpired. “So there would be a sense that time allocation comes after the government, at least, has some argument that, well, this has gone on long enough,” he says.

In the current situation, time allocation seems to be regularly invoked not long after debate on a bill has begun.

In an interview with me earlier this month, Government House leader Peter Van Loan presented, in part, an attempt to re-imagine the measure:

So, what I try to do is use it for scheduling, not to shut down debate. In most cases, usually, we do it early in the process, rather than late in the process. We canvas what people want to do. Some people give us feedback, some don’t. Sometimes they do, sometimes they don’t. And we take our best estimate, or guess at what’s an appropriate time for debate that will allow it to make sure it comes to a vote . . .

There’s no doubt we have used it as a scheduling device, not as a limiting of debate device. So, yeah, we’ve tried to change the culture around it, the whole meaning of it and what it does. In the past, I think, while it was intended when drafted as a scheduling device, the way it was used in practice, and the rhetoric around it, had meant that it was for shutting down debate. I think that comment can be fairly directed at closure—closure is essentially always doing that—and you could also direct it what the Liberals always used to do; they did four-hour time allocation by sending every bill to committee before second reading. That was their way of limiting debate while appearing not to limit debate. We have tried to use it, almost always, as a scheduling device. And yeah, there may be occasions where we’re in a pinch and in a crunch where the time allocated might be a little bit tight, but because we’re up against a deadline and we need something done.

Of course, if the parties could agree on a schedule for debate, there wouldn’t seem much reason to impose time allocation. Indeed, as it is, time allocation is a bit of a waste of time. First, any motion for time allocation is subject to 30 minutes of debate. It then has to be voted on, that vote preceded by a 30-minute period for MPs to gather in the House. Time allocation thus chews up an hour of time the House might’ve otherwise had to discuss other things. (The government side might object here, and argue that the opposition could agree to forgo the debate and the recorded vote.)

Van Loan’s suggestion that “some people” don’t give feedback would seem to suggest some lack of co-operation among the parties, and the Government House leader added that “the NDP has taken a conscience decision to run up the score, to make it impossible to come to agreement.”

The NDP has become increasingly unable to provide information about timetables, length of debate and the anticipated duration of a debate on a particular bill. I remember, in previous Parliaments, the NDP were much more transparent and willing to share information around scheduling and speaking orders and so on. It is a recent development where they have basically decided to co-operate with no one and, as such, they have contributed significantly to the dysfunction.

That is simply not true. While we don’t talk publicly about the details of the meetings, if you look at the Government House leader’s approach in the House of Commons, you can imagine what his idea of collaboration is like behind closed doors.

In interviews this month, Julian has presented a couple of arguments. First, that the government is insufficiently open to opposition amendments:

So we like to make the case for those amendments. Of course, if the government were willing to co-operate, it would be in their interests . . . And if they said, first off, “Okay, here’s a piece of legislation; we know you support it in principle; we’re actually willing to work with you on amendments,” then I think it would be fair to say the approach would be different and we wouldn’t have to make the case in the House of Commons necessarily around those amendments because the government would be working with us.

Second, that the government doesn’t allow a sufficient amount of time for debate:

The principle of this place is members are here to represent their ridings; they’re here to speak out on issues and they’re also here to offer suggestions to the government. Now, we have a government that doesn’t want those suggestions, and that has been to their detriment . . .

The principle should be that you have a few days of debate and then, after that, there should be discussions. But you’ve got a government that defines debate as something almost subversive.

Back then to Dominic LeBlanc, who generally blames both the Conservatives and the New Democrats for the state of things:

To be fair, the government started it . . . but the NDP are unable to get off that treadmill.

There’s an argument to be made here over opposition tactics and tone: The Liberals, in my observation, have tended toward a more genteel, Victorian approach to opposition, while the NDP prefers an activist approach (this probably has something to do with their respective histories and, I suspect, in some ways, they’re each influenced by the tenor of the other). But, ultimately, we end up with an argument about how well the parliamentary caucuses interact with each other, how well we should expect them to get along and how debate in the House should be managed.

Settling on how much debate should be had on each bill is a fraught exercise. To some degree, you’re counting hours, but you should also be counting the number of weeks between the bill’s tabling and its passage; it’s not merely about how many hours of debate it receives in the House, but how much time there is for wider scrutiny and public discussion and for public opinion to coalesce. For that matter, we could have a long discussion about the value of debate in the House, or whether more independent committees could compensate for less time spent debating in the House.

That the parties won’t always agree on how long a bill should be debated is to be expected. That they might find some way to come to agreement on some things seems like a decent goal.

Last year, Francois Plante, a former House of Commons intern, published a short history of curtailing debate in the House. In his final paragraph, he suggested a few options for establishing a better way of doing things, but, within that piece, he noted that, for awhile, the House seems to have managed to go about its business without imposing limits on debate.

The reasons the previous question was little used in the first Parliaments are intriguing. O’Brien and Bosc suggest the following: For the first 45 years following Confederation, the only tool at the government’s disposal was the previous question . . . Not only was there no other way of putting an end to a specific debate within a reasonable time, but there were no formal time limits of any kind on debates. The length of speeches was unlimited. The conduct and duration of proceedings in the House were based largely upon a spirit of mutual fair play where informal arrangements, or “closure by consent,” governed the debate.

In short, the early Parliament of Canada was likely characterized by a greater spirit of co-operation among the parties.

There are a lot of reasons to avoid pining for the early years of Parliament (I’m not saying things were demonstrably better before we gave women the vote, but . . .), but it’s probably worth considering whether we could get along without unilateral impositions on the amount of debate in the House. At the very least, the use of time allocation would seem to suggest some inability to get along.

See also: Is the Thursday question a statement on our politics?