Why is this tree cheating on Elizabeth May and the Greens?

Election Image of the Day: Jagmeet Singh takes a campaign swing through the Green Party's stomping grounds—a sure sign he feels he has the upper hand on them 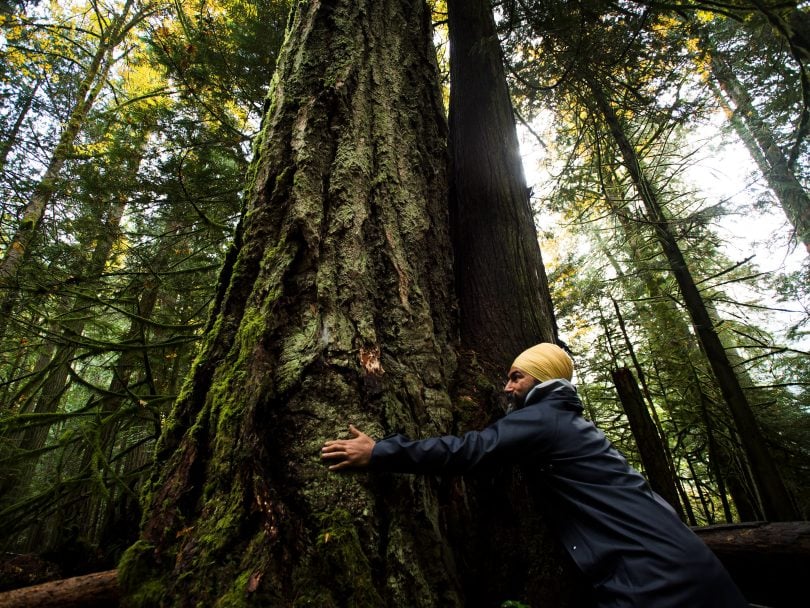 Since the writ dropped on Sept. 11, Canada’s progressive vote has been Jagmeet Singh’s to lose. The man won the NDP leadership with resounding momentum, sweeping every other candidate with a majority on the first ballot. But then what? He publicly faltered on foreign policy. He took flak for his wardrobe of bespoke suits. He seemed unsure about his own party’s stance on gun control. On racial and immigration issues, however, Singh has shone tremendously, especially after Justin Trudeau’s blackface scandal and numerous videos shot of white people saying racist things at him. As Trudeau sheds votes, the NDP has been gaining. A month ago, pundits would have told you the NDP was toast, and the Greens were the flashy new progressive choice; now, as the Greens slink back in the polls, Singh is spending the final days of his campaign in their back yard, travelling across Vancouver Island and hugging every man, woman and tree he meets. And why not? The man won’t become Prime Minister next week, but he’s still got something to celebrate.