Why Jean Chrétien was addressing that (un-distanced) crowd in Brampton

Election Image of the Day: It's get-out-the-vote time, when the political stars of yore come out and—evidently—when COVID precautions get thrown to the wind 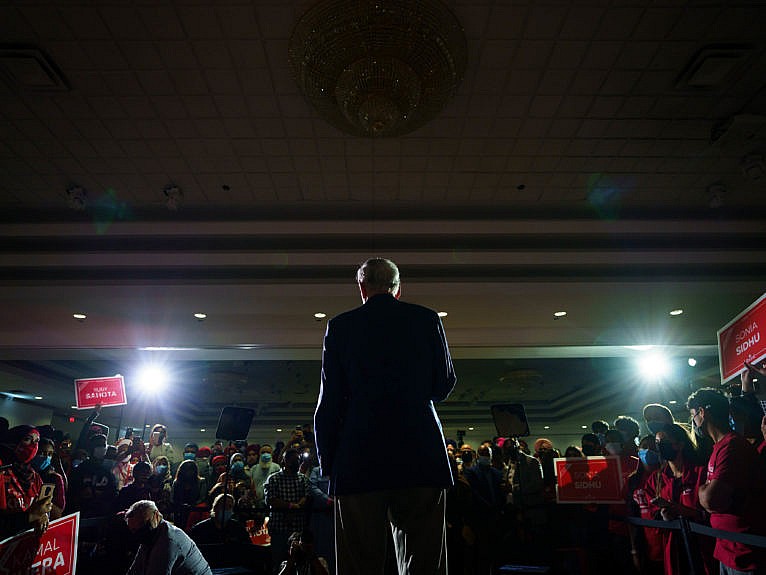 With less than a week to go before E-Day, and Conservatives and Liberals effectively tied in the polls, the difference will come down to which party most galvanizes its base. For the Liberals, that get-out-the-vote strategy relies on hauling star power into the seat-rich GTA and drumming up excitement. Enter former prime minister Jean Chrétien, and former Mississauga mayor Hazel McCallion, who drew more than 400 people to an indoor event in Brampton, Ont., on Tuesday. Never mind the COVID protocols: physical distancing and floor markers flew out the window as Liberal diehards swarmed around the stage, waving placards and listening to long speeches like in the good ol’ days. Except these days are not the good ol’ days. Far be it from Liberal organizers to dampen enthusiasm of their most devoted supporters in the critical days of GOTV (get out the vote). But images of a tightly packed room, with two elderly people standing in the middle of a human sea, serve as a prime target for the Conservatives, whose favourite attack on Justin Trudeau is to label him a hypocrite. The Liberal leader told reporters afterwards their organizers followed all the usual health protocols, but the photos tell a different story.