Why Ontario keeps choosing between bad or worse leaders

Tom Parkin: Voters are once again being told to settle between unfavourable options (Ford or Wynne). Andrea Horwath offers a way out of this trap. 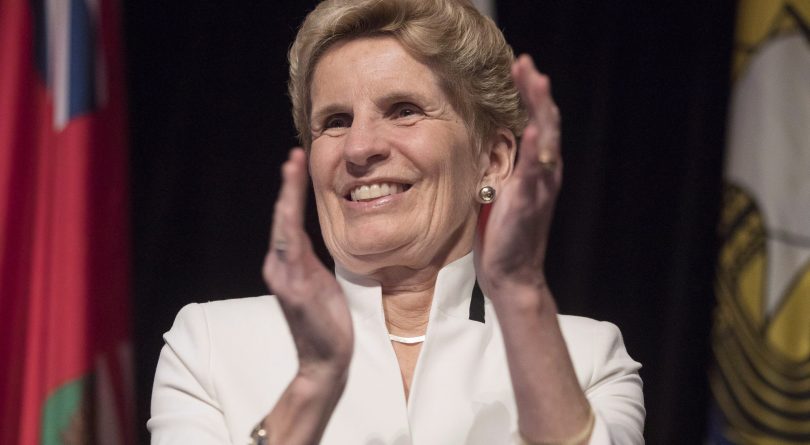 For almost 25 years now, Ontarians have been conditioned to think elections are about settling between bad and worse. And, no surprise, as our politics keeps getting worse. For many, life gets harder.

Doug Ford is the latest product of this conditioning. The new PC leader starts with a net -15 approval rating, according to IPSOS. And Monday’s Forum poll confirms Ford is broadly unpopular and a big liability for his PC Party.

But being disliked can be constructed into a relative problem; a story in a world where choices are limited to bad and worse. Ford may be bad. But Kathleen Wynne (who has a net -46 score according to IPSOS) is worse. To construct that story, the PCs need Kathleen Wynne as their foil. Of course it’s alright with the Wynne Liberals if the Ford PCs prop them up.

You see how this works. Neither provides hope. Working to convince Ontarians to settle between bad or worse is a bi-partisan effort.

But their story is a fiction. Every poll shows Premier Wynne is massively disliked and unelectable. Remember, about eight months ago senior Liberals—including former Finance Minister Greg Sobara—were trying to salvage their party by forcing out Wynne. They had good reason. Almost two years ago popular support for Wynne Liberals fell below 30 per cent and has never recovered, according to Forum. In Monday’s Forum poll, the Wynne Liberals were again in third place and projected to win just 11 seats. Two other recent polls—DART and Angus Reid—found about 80 per cent of Ontarians want a change from the Wynne Liberals.

READ MORE: Why Kathleen Wynne is still so unpopular

Despite the story constructed by the bad-worse duopoly, the Wynne Liberals aren’t the challengers to the Ford PCs. It’s Andrea Horwath. A recent DART poll put the Horwath NDP in second at 30 per cent. Monday’s Forum Poll puts the Horwath NDP at 27 per cent—second to Ford’s PCs, but moving up. Horwath is by far the most popular pick for Premier, scoring a +13 net approval in the recent IPSOS survey.

And Horwath has been focusing on issues, rather than party infighting. Amid tragic headlines about hospital over-capacity, she’s done a provincial tour highlighting the cost of health care cuts. She put universal pharmacare on Wynne’s agenda. Her support of a $15 minimum wage pushed Wynne to act. Horwath is yet to get Wynne to relent on Hydro One privatization, but only many points, Horwath has been driving Ontario’s policy agenda for over a year. There’s a reason: her policies are popular.

And this means only one thing: when voters realize Andrea Horwath can break the bad-worse spiral, the PCs and Liberals will both bring out the Bob Rae boogieman to keep the spiral going. When that happens it means the real fight is on. Watch for it.

Sure, 25 years ago Rae had successes and failures. He salvaged some major manufacturers from bankruptcy and created Ontario’s first environmental bill of rights. But he disappointed his supporters on auto insurance and the social contract. He earned the penalty box.

But by any equivalent standard, Harris, McGuinty and Wynne should have earned terms of imprisonment. They didn’t. And the bad-worse spiral continues.

The PCs were elected in 1995 and walked into an economic recovery. Ontario’s manufacturing sector was recovering from the impact of the recession, a high dollar and the Canada-US Free Trade Agreement. Despite Ottawa’s massive cuts to health and education transfers, budget deficits were falling. So was unemployment.

Instead of building on the recovery, the PCs squandered it. Harris promised tax cuts for high income earners would create jobs. He promised he wouldn’t touch health care. But for the millionth time, that tax cut guff turned out to be flim-flam. There were health care cuts. Nurses and teachers were attacked. Social housing defunded. A Toronto subway expansion cancelled—and the tunnel filled-in. Transit funding was cut. Highway 407 privatized. Electricity privatized. Life got a lot harder for many people. The Harris PCs were bad and it seemed it couldn’t get worse.

Maybe it could. The McGuinty Liberals were elected. The destruction of manufacturing continued. Electricity privatization was extended to the power grid. Transit operation cuts were locked in. They even wrecked the hope of green power by turning it into a lobbyist-powered privatization scheme. They cut corporate taxes to new lows—giving us the tragic hospital over-capacity headlines we have today. They politicized transit, wasting time and money. Spent $1 billion to not build a power plant. Now a criminally convicted premier’s chief of staff is waiting to learn if he’ll serve prison time.

And that is why, when that real fight comes, Andrea Horwath holds an advantage. Bad and worse have a lock on our politics and Horwath holds the key to ending it. She alone has shown the humility to learn lessons from the past, which presents the freedom of something completely new—something we haven’t seen before in Ontario.

And new is definitely what Ontario needs. The duopoly that has locked Ontario into the bad-and-worse spiral has to be broken. Horwath has less than 90 days to do it.