Why the electoral reform sham will breed cynicism

The Liberals drew in Millennial voters with a promise to change the way Canadians vote. They've now kicked those voters to the curb. 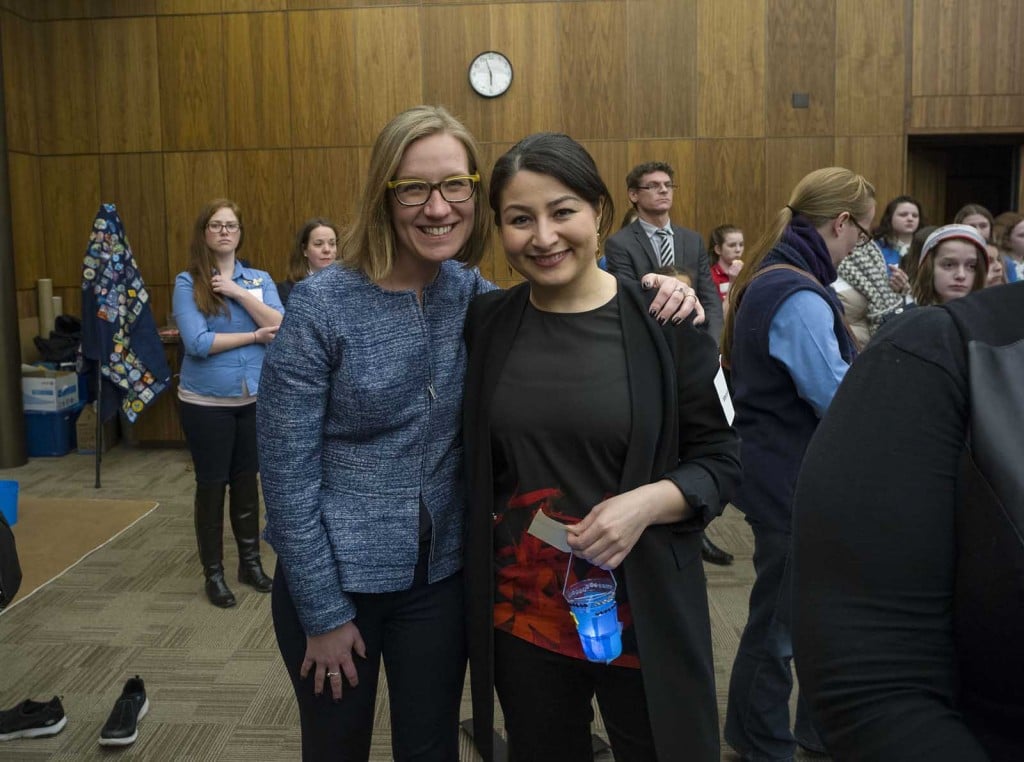 Photographed at event with Canadian Girl Guides with Maryam Monsef Minister for Status of Women. (Photograph by Peter Bregg)

By killing electoral reform, Prime Minister Justin Trudeau has damaged more than just Canada’s prospects for releasing itself from the clutches of moribund first-past-the-post elections. He has cut down the democratic aspirations of hundreds of thousands of young Canadians, tacitly teaching them to expect less from government and dream smaller political dreams.

Let’s give the Liberals the benefit of the doubt, shall we? Let’s assume that the now-infamous promise to make 2015 the last first-past-the-post election was made sincerely, and not in a hastily calculated bid to peel off progressive voters from Tom Mulcair’s NDP. Let’s assume that rookie MPs and ministers were selected to lead on the file not to control the process from the Prime Minister’s Office, but rather to usher in genuine generational change. Though it might strain credulity, let’s even assume that the Prime Minister’s chief advisor did not intend to spike the file, but merely fumbled it—despite having been on hand for a similar binning of electoral reform while he was working for the Ontario Liberals at Queen’s Park.

RELATED: Why we broke our promise on electoral reform. Signed, a Liberal MP.

Let’s assume all of this. And still, this government will have led so many people on, and eroded so much good will, that no doctrine of honest mistake or recklessness will exonerate it; last week’s mandate letter to new Democratic Institutions Minister Karina Gould, which stated that, “Changing the electoral system will not be in your mandate,” has left an indelible scar on our country’s political future.

The 731 witnesses and 571 written briefs submitted to the electoral reform committee represent a massive outpouring of civil society energy, often representing the culmination of years of organizing. The 383,074 Canadians who, with good will, filled out the survey at mydemocracy.ca have now been told that “the broad support for a change of this magnitude does not exist”—despite never having been asked on that survey what voting system they actually favour.

As for the dozens of MPs who either worked on the all-party committee or convened town halls on reform in their constituencies, the implicit lesson is to keep their heads down and stay away from questions of structural renewal.

But national progress relies on people and organizations taking initiative to try new things. Our capacity for innovation is not fixed but rather expands and contracts as researchers, activists and ordinary Canadians either phone it in or go the extra mile.

So when a Liberal promise stirs thousands of citizens to do something transformative, then shrugs off the promise in a moment of political expediency, it does more than just leave a bitter taste in our mouths; it undermines our motivation to pour our hearts into emergent issues of national significance.

Citizens do not start out disengaged but rather become so through their repeated efforts to work within a stubbornly unresponsive system. As Samara Canada put it in 2011 research, “Disengaged people become outsiders through their daily experience and interactions with the political system,” and younger Canadians come “to understand very early on that the political system disregards their concerns.”

To watch ministers Monsef and Gould stand up in the House of Commons and say that the electoral reform committee “did not complete the hard work we had expected them to” or that “no consensus emerged” from consultations is to feel our own hopes for the future shrivel. Selecting historically young messengers, who look and talk like us, was an even more crushing way to tell our generation that better is not, actually, always possible.

But perhaps the most revealing and dangerous aspect of the reform boondoggle was the timing of this announcement, shoehorned into the week of President Donald Trump’s executive orders and travel ban, when so many eyes were transfixed on the American political horror show. Shortly after Gould’s announcement, Trudeau dodged a scrum in the foyer of the House with a drive-by soundbite: “Canadians expect us to do the right thing for the country and focus on the things that matter.”

But the irony of the Prime Minister’s comment is that in the age of Trump, we should be learning that it is democratic integrity and public spirit that matter above just about anything else; that doing the right thing for the country means, at the bare minimum, not blaming citizens themselves when one’s promises can’t be kept.

Conservative commentator David Frum’s startling piece in The Atlantic claims that the primary cause of Donald Trump’s rise has been the “inculcation of cynicism.” He asks how one builds an autocracy and answers: “demoralize potential opponents by nurturing the idea that everybody lies and nothing matters. […] Believers can be disillusioned; people who expect to hear only lies can hardly complain when a lie is exposed.”

We are not yet teetering on the precipice of a maple tea party or Northern Trump. Still, the creeping doubt and disengagement that the electoral reform saga is spawning even now should give the Liberal government reason to pause, get its bearings and rediscover true north on its moral and democratic compass.

Scott Baker is co-founder of a Toronto-based communications firm working with non-profit and public agencies. Mark Dance is a law student at McGill and a former non-partisan parliamentary intern.