B.C. will take yet another stab at electoral reform in 2018, but the odds look stacked against champions of change 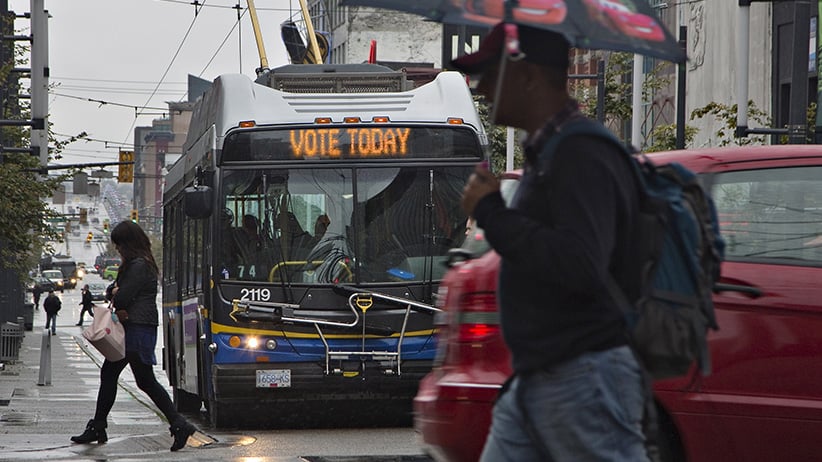 The next time you’re reaching for a metaphor to explain the perpetual hopelessness of some task ahead of you, leave Sisyphus on the shelf and opt instead for electoral reform. You’ll capture the same sense of eternal disappointment with a more contemporary reference.

Here’s a chance to practise: British Columbia is getting ready to hold a referendum in 2018 on switching from first past the post to some form of proportional representation. In the spring, the provincial New Democrats won enough seats in the B.C. election to form government with the support of the B.C. Green Party. One of the conditions of the agreement between those two parties is that the NDP will launch and support a provincial effort at electoral reform. The Greens favour a change to PR, and it’s in their interest to do so—proportional representation would secure them more seats in the legislature, more often.

READ: What electoral reform could look like in British Columbia

Many in the NDP also support reform, for the same reason along with the added (anticipated) benefit of governing more often. Some members of each party also support moving to a proportional system based on a less strategic argument: PR produces “fair” electoral returns. If a party wins 30 per cent of the vote, it receives about 30 per cent of the seats. Now that argument seems like a story you can sell.

But hold on to your wallet. Most efforts at changing the way we vote fail. Governments and competitive political parties rarely have an interest in reform, or an incentive to pursue it. Consequently, they do things like abandon their promises to try (Canada, 2016); set arbitrarily high thresholds for a referendum to pass (B.C., 2005 and 2009); underfund or undersupport the attempts (Ontario, 2007); or simply ignore affirmative plebiscite results (P.E.I., 2016). Smear campaigns by entrenched interests, a lack of public education and awareness about reform efforts, campaigns that are too short, fear of the unknown, a bias for the status quo and people who prefer the current system for good reasons (for instance, it’s simple and produces accountable governments) also help make electoral reform a long shot.

British Columbia came close once. In 2005, nearly 58 per cent of voters said yes to proportional representation—to a system known as British Columbia Single Transferable Vote (BC-STV). But the threshold for adopting the system, cynically set by the provincial Liberal government at 60 per cent, meant that the attempt was likely doomed from day one. A do-over in 2009 went poorly for reformers, with BC-STV receiving only 39 per cent support. 2018 will play host to the grudge match. So far, the smart money is on the “no” side.

The government is already way behind on setting up the rules of the referendum, publicizing them, and launching a well-resourced pro-PR campaign. Meanwhile, there is little appetite for reform among members of the public. Some folks care, but too few of them to cast enough mail-in ballots for the “yes” side to win. In the past, general election results that seemed unfair to voters prompted them to pay attention. The 2003-05 reform effort in B.C. was helped by the 1996 election in which the NDP beat the Liberals by 39 seats to 33 despite receiving more than 37,000 fewer votes. The 2017 election was a bit like that, though probably not enough to make people’s heads spin in the direction of reform.

In the absence of a unified and organized yes movement and clear direction from the government, an electoral reform void has emerged. Many important questions—what is the referendum question going to be? How is whichever system (or systems) on offer going to be chosen? Is the government going to fund groups in favour of reform? Groups opposed to it?—have been left to “public consultations” that didn’t start until the end of November. Supporters of reform (including, notionally, the government) are already behind the schedule required to make a serious run at it.

READ: Why the electoral reform sham will breed cynicism

Predictably, opponents of reform have been dominating the discussion while the government dithers. The B.C. Liberals are against changing the system. They’re also in the middle of a leadership campaign, in which contenders are using the moment to mislead the public on what reform would mean for the province. Yet more bad news for those who wish to see B.C. go PR.

At least there’s this: there will be a vote on electoral reform by the end of fall 2018. And given the way things are going, it looks like the effort will fail. Before long, however, Sisyphus will surely return up the hill with his boulder, and we can have the debate all over again while we wait for the rock to roll back down overtop of us.