For the first time in six election cycles, the GOP controls all major levers of federal power. Why aren't things going well? 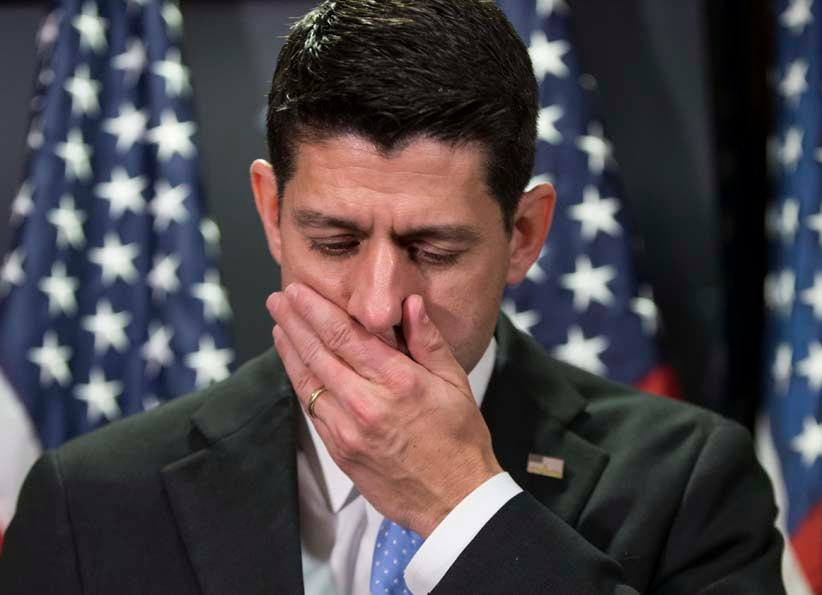 WASHINGTON, United States of America – In the screams of a right-wing radio host came the faint whisper of a fractured political coalition.

“Lie after lie, year after year, election after election,” Mark Levin shouted this week, in one of his inimitable radio rants. “They degrade themselves. They embarrass themselves … Was it all a joke? Was it all a fraud? Yes, apparently it was.

These disgraceful, fraudulent, self-degrading jokesters he disparages are members of his own political party. A staunch conservative and former Reagan administration staffer, Levin is now a prolific crafter of rage-filled soliloquys about Republican leaders.

It’s about to become clearer whether these factions can pull together and advance tax reform, infrastructure, and NAFTA negotiations — all dear to the president, and all holding consequences for Canada’s economy.

It’s a once-in-a-generation chance for Republicans. For the first time in six election cycles, they control all major levers of federal power, and their party leadership is desperate not to blow it.

“I don’t want us to become a factionalized majority,” Paul Ryan said this week. “I have talked about the need to go from being an opposition party to being a proposition party and a governing party. It may take a little bit more time.”

One colleague put it more bluntly in a television interview: “We’re not there yet,” said Republican Tom Cole. He said there were lessons learned from the health fiasco, some involving parliamentary procedure.

Republicans tried passing the health reform as a budget bill — they calculated, with good reason, that they’d never win Democratic votes, so to avoid the Senate’s 60 per cent vote requirement for most bills, the House designed it as a fiscal package.

Then they quarrelled over the contents.

The fighting factions even have different names — it’s the Freedom Caucus conservatives, the Tuesday Group moderates, the Trump loyalists, the leadership circle — and these days they’re all blaming each other.

Trump is fighting a multi-front battle using his own social-media account.

He anger-tweeted at the conservatives: “The Republican House Freedom Caucus was able to snatch defeat from the jaws of victory.” Yet he dropped hints about Ryan too — Trump encouraged people to watch a Fox News show, where the host would call for the Speaker’s ouster.

White House staffers have been grumbling to reporters about Ryan, blaming him for the bill’s weaknesses. Indeed, the president didn’t work much to sell the package in his public appearances.

So can this unwieldy coalition come together on the next big priorities? The White House is now suggesting that it will reach more actively outside the party, to Democrats, on coming issues like infrastructure and trade.

“Each of these (policies) have different constituencies.”

But the problem with coalition-building was illustrated in the frantic last few days of health talks: When one side giveth, the other may taketh away.

Just look at the Senate math.

Republicans need to gain eight Democrats’ votes to pass most bills and avoid a filibuster — yet every move in that direction risks losing conservatives like Ted Cruz, Rand Paul, Mike Lee, and millions of radio listeners.

Levin called it inconceivable that after dozens of show-votes over the years to repeal Obamacare when they were in opposition, Republicans finally had a real chance to kill it — but opted to preserve similar benefits, including parental insurance covering children up to 25.

“Republican, Democrat, it doesn’t matter — constant bait and switch,” Levin said. He added a jab at Trump’s chief of staff: “Reince Priebus: A disgrace from Day 1. A manipulator, an operator.”

Yet moderates had the opposite concern: the bill didn’t protect enough people. They saw angry crowds at town halls, got clobbered by the senior-citizens lobby, and heard protesters furious about millions losing insurance plans, while the rich got a tax cut.

The White House is hinting it wants deeper consultation with moderates and Democrats.

Of course, Levin can’t believe this. He’s fuming about the futility of reaching out to Democrats — of building a gameplan around the same people who disparage Trump’s legitimacy and block his Supreme Court nominee.

Why does this matter to Canadians?

Because the legislative agenda is moving onto items that deeply affect the country: tax reforms that could make the U.S. more competitive, potentially to Canada’s disadvantage; consultations on U.S. priorities for NAFTA; and a massive construction plan with possible Buy American rules.

But he says it could take a long time, and feature clashing interests — not just between political factions, but between people with competing financial stakes in different types of rates, credits and refunds.

“That’s where (reform) gets bogged down for four or five years sometimes,” said Kevin Milligan, a UBC professor who advised the Canadian government.

“That’s why I think it’s fair to have some skepticism that they’re going to have a really deep reform done in six months.”